The Dixie Fire is currently the state's largest single wildfire. It's burned 960,470 acres and is 75% contained. 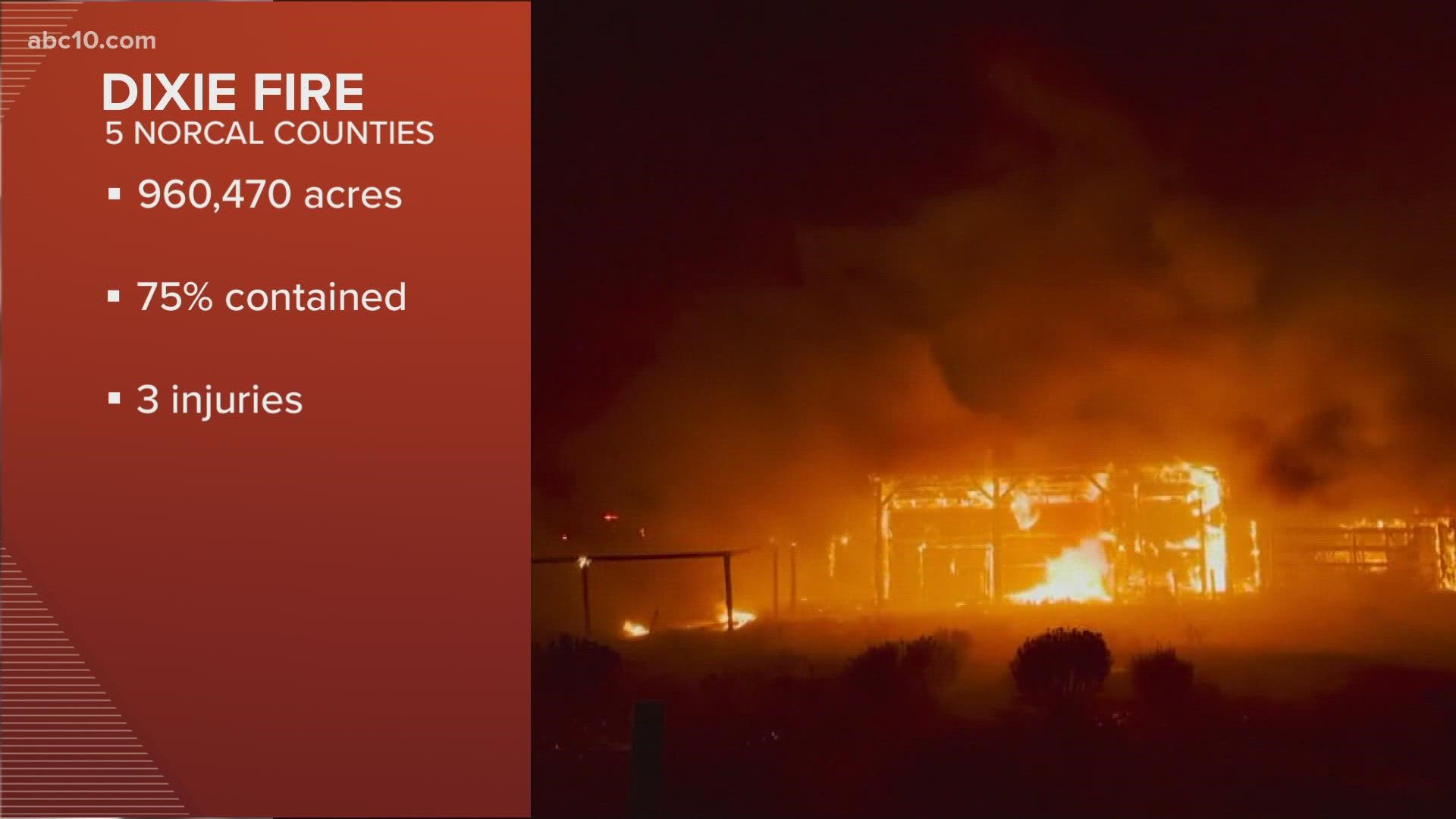 BUTTE COUNTY, Calif. — Two months after the Dixie Fire first sparked, thousands of firefighters are still working to contain the massive blaze, which has grown to the second-largest wildfire in California history.

The Dixie Fire has burned 960,470 acres since it started in July, with containment holding at 75% for the second day in a row.

The good news is more homeowners are being allowed to return to evacuation zones. This morning, evacuation orders in the Old Station and Hat Creek areas were downgraded from an order to a warning.

But firefighters are concerned about a shift in the weather. A morning briefing from the Forest Service said, "forest fuels are as dry as they were prior to last week’s rainfall." There is concern that stumps and logs could still be burning and gusty winds could spread the fire.

According to Cal Fire, in the west zone, there was minimal activity across the fire area and as the weather begins to get warmer and drier, there is an increase in visible smoke.

In the east zone, there was minimal activity, but forest fuels still remain dry. Firefighters were very active in the Grizzly Peak/Devil's Punchbowl area. Today, their main priority is to reinforce containment lines. In addition, firefighters remain committed to reducing interior heat and containing some hot spots in the form of large fuels – stumps, logs, standing snags that are burning inside the control lines.

As the Dixie Fire continues to grow, it is now less than 100,000 acres from becoming the largest wildfire to burn in California history. The August Complex, which was made up of several lightning-sparked fires, is currently the largest fire, burning 1,032,648 acres in 2020.

A live map showing which structures have been destroyed or at risk is available below.

A live evacuation map is available below.

An updated map of the acreage of the Dixie Fire.