The total area burned in the Dixie Fire stands at 212,799 acres. 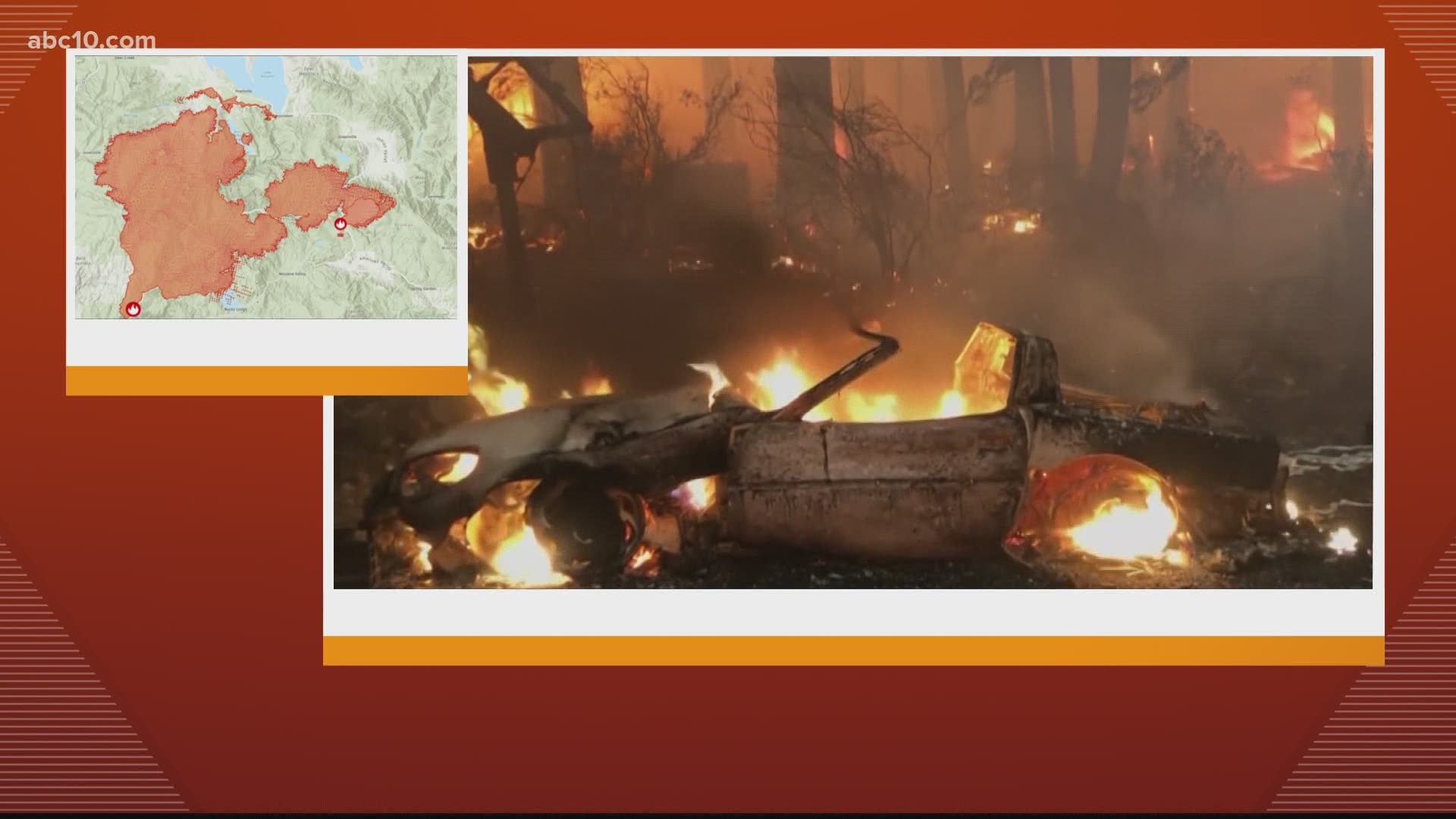 PLUMAS COUNTY, Calif. — The Dixie Fire continues to grow in size as containment on the blaze reaches 23%, according to Cal Fire.

Fire crews are fighting the fire in two zones -- the east and west zones -- since the fire merged with the Fly Fire to become one of the largest fires in California state history at 212,799 acres.

In East Zone of the Dixie Fire, air operations worked on areas inclusive of the south perimeter near Bucks Lake. Crews hope to continue using air craft in the fire fight which would let them perform water drops, retardant drops, imaging and more. Officials said 50,000 gallons of fire retardant has been dropped along Humboldt Peak.

In the West Zone of the fire, the blaze is expected to produce dense smoke that'll cover the Lake Almanor area before settling into surrounding valleys through the night.

"The main fire activity will continue into the drainages in the north and west sides of the fire as unburned interior fuels are consume. The fire is expected to remain active throughout the night," Cal Fire said in an evening update.

Cal Fire says that they will continue to assess damages, but some areas have limited access due to fire activity. 34 structures have been destroyed along with with 19 minor structures. Seven have been damaged.

An online structure damage map has become available showing the damage and destruction left behind by the Dixie Fire. While the damage assessment is ongoing, the a preliminary assessment is available HERE. The map will be updated every day at 9 a.m.

Both Plumas and Butte counties have not updated evacuation orders and warnings as of Tuesday evening.

WATCH MORE FROM ABC10: 'It's like a bomb went off' | Markleeville residents go home after Tamarack Fire evacuation lifted