The fire sparked after heavy machinery hit rocks while a rancher was attempting fire prevention efforts. 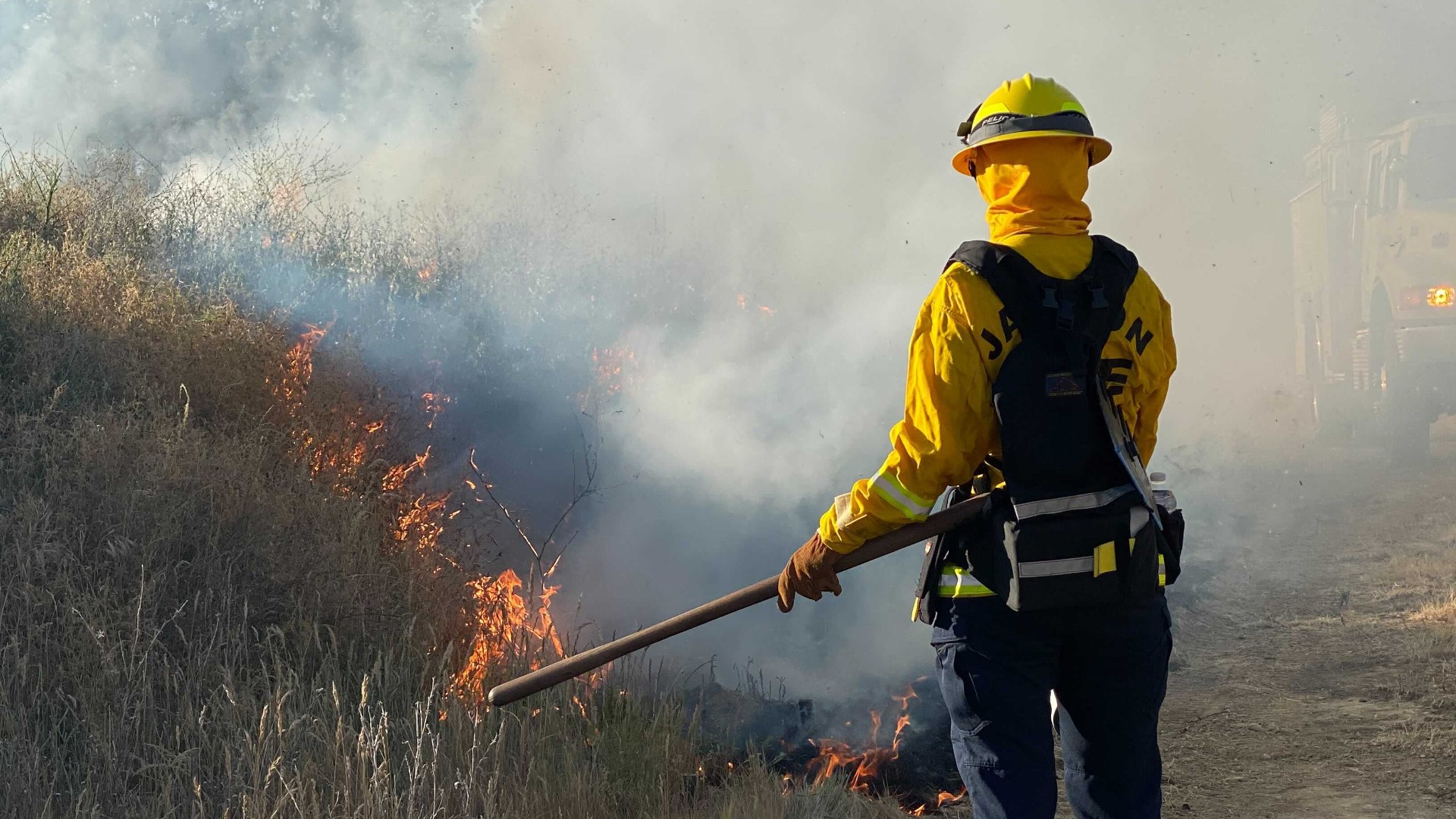 Cal Fire says the Settlers Fire in El Dorado County has burned 45 acres and is 95% contained.

Crews expect the fire to be fully contained by Friday.

The Settlers Fire has burned about 45 acres and is 60% contained, according to Cal Fire officials.

Fire officials are expecting the fire to be fully contained on Thursday.

The fire was sparked after heavy machinery hit rocks while a rancher was attempting fire prevention efforts, Swart said.

“The right thing at the wrong time,” Swart said.

Swart urges homeowners to conduct fire prevention efforts like clearing brush and cutting grass during the early morning hours or before 10 a.m. when temperatures are lower and humidity is higher, reducing the potential of sparking a fire.

There were no people hurt and no buildings damaged. However, a large portion of fencing was burned.

If you live in a wildfire-prone zone, Cal Fire suggests creating a defensible space around your home. Defensible space is an area around a building in which vegetation and other debris is completely cleared. At least 100 feet is recommended.

WATCH NEXT: 2 million Sacramento-area residents may soon be asked to conserve water