"You murdered my dad. I don’t know how he died; I’ll never know whether it was asphyxiation, smoke inhalation, or a heart attack for burning to death." 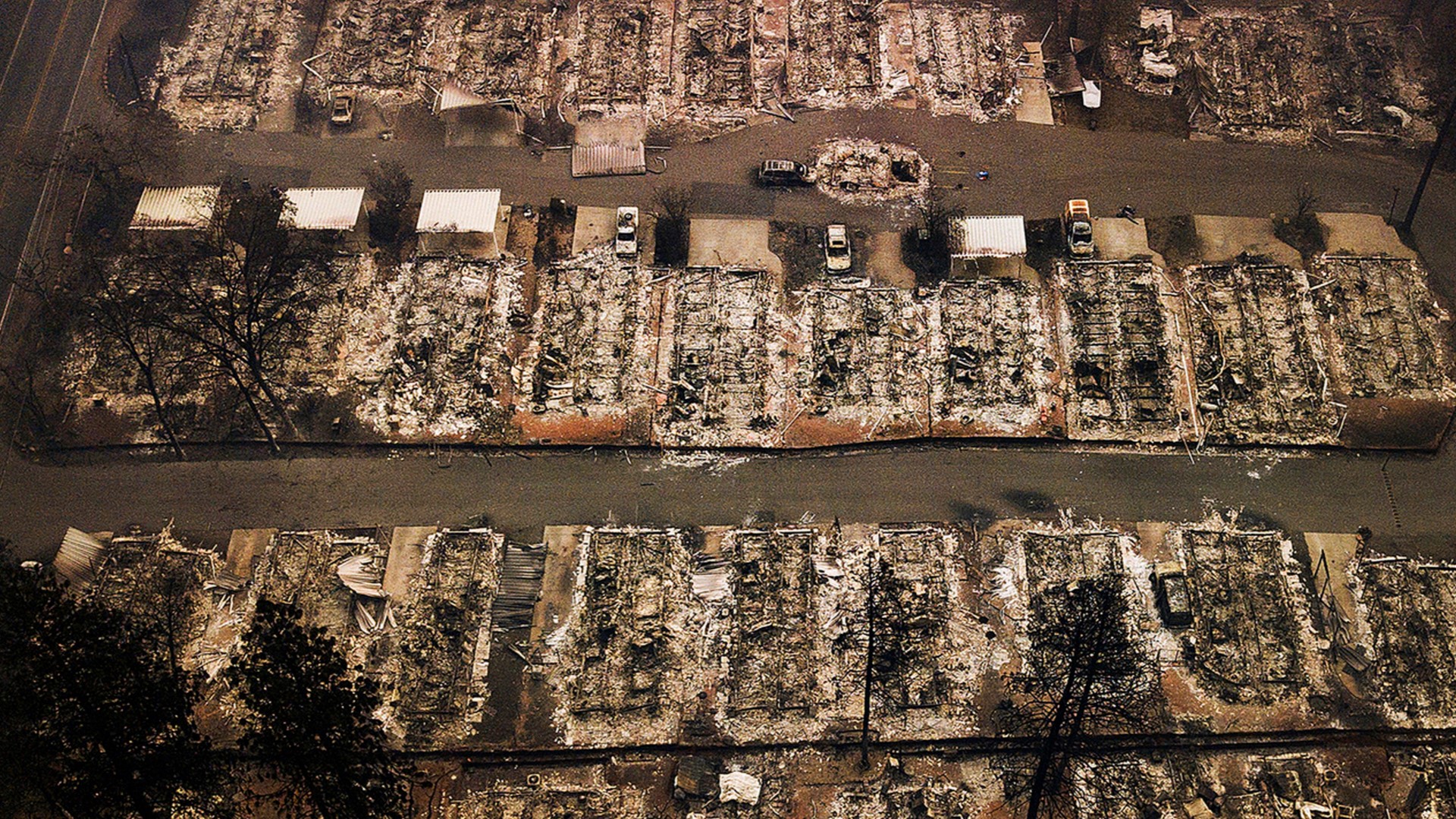 PARADISE, California — Pacific Gas & Electric is being vilified as a greedy, corrupt and reckless company in a court hearing featuring victims of the 2018 wildfire that killed 85 people in Northern California.

Families of those who died were in court Wednesday telling heartbreaking stories of the pain caused by the utility’s crimes.

It's the second day of an extraordinary court hearing that will culminate in PG&E being sentenced for 85 felony counts stemming from the November 2018 wildfire that wiped out Paradise, California.

As a corporation, PG&E can’t go to jail for its crimes. Instead, it will pay a maximum fine of $4 million, including $500,000 for the investigation costs.

Below are some of the powerful words and statements read in the Chico courtroom by families of those who died in the Camp Fire.

Credit: Courtesy Phil Binstock and Christina Lamb
Julian Binstock lived in Paradise with his dog, Jack, until the Camp Fire tore through on November 8. His family later learned he died in the fire at his cottage home at the retirement community.

Phillip Binstock lost his father Julian Binstock, who died alongside his rescue dog Jack. In court, he listed the crimes PG&E is already responsible for, ending with the Camp Fire which took his father.

Binstock then read the rest of his victim impact statement.

"You murdered over 85 people, 84 in the fire, one who committed suicide rather than be burned to death, and at least three elderly citizens that I know of who died a few days later because of the stress of being left homeless and penniless.

These were not manslaughter cases as you were charged, because you had the capacity to know that what you were doing would kill people.  With 1,500 annual wildfires, the specific disasters I listed, you knew what you were doing was wrong.  Rather than reduce your bonuses, you allowed your failed equipment and improper inspections to kill people.  That is homicide with malice aforethought; that is MURDER.

YOU MURDERED MY DAD.  I don’t know how he died; I’ll never know whether it was asphyxiation, smoke inhalation, or a heart attack for burning to death.

Tonight, you should think how much it would hurt to hold a lighter flame under your forearm. Now imagine that is all over your body, in your eyes, mouth, nose, ears and lungs as you inhale smoke up to 2,000 degrees.  You thrash around blindly; your clothes have been burned into your melted skin.  If you can hear anything, it is only the sound of fire.  In my father’s case, he might have heard his dog whimpering and howling.  You did that to eighty-five people.

And what’s even more galling is that you will retain your bonuses, and through my PG&E bills I will be paying your bonuses, your fines, your shareholders’ dividends and your settlements.  You are sub-human evil excrement, not fit to roam this planet, and you’re getting away with murder, you filthy, slick-haired vermin.

(Watch the rest of the Phil Binstock's statement below.)

Credit: AP
A photo of Camp Fire victim Paul Ernest fades onto the screen among the photos of the other 84 people killed in a 2018 wildfire that wiped out the town of Paradise, are displayed during a hearing held on felony charges against PG&E Corp., in Butte County Superior Court in Chico, Calif., Tuesday, June 16, 2020. PG&E CEO Bill Johnson, entered guilty pleas on behalf of the company for 84 felony counts of involuntary manslaughter stemming from the fire which was blamed on the company's crumbling electrical grid.(AP Photo/Rich Pedroncelli, Pool)

Paul Ernest died nine months after the fire from complications from his third-degree burns. He was in the hospital with his wife Sue, who was also badly burned.

She survived. He did not.

The months after the fire were, I think, the longest of any of our lives. Days were spent at my parents’ bedsides. Family and friends took turns being there for excruciatingly painful skin grafts (they each had approximately 6), recoveries, more surgeries, talk of amputation, forward progress and major complications. Jessee, an independent contractor in Chico, postponed or canceled most of his jobs.

Jake, a sales manager who travels all over the country for work, scheduled all business trips to go through Sacramento in order to be at the hospital as often as possible. I also lost my house in the fire and fortunately, my work was accommodating and my in-laws had taken us in, so I was able to be at the hospital in between figuring out insurance, the kids’ school and...the rest of life.

My parents always had all the answers and here we were now, in new territory making major life decisions for them. After 4 months in the hospital, the majority in the burn ICU, my mom was healed enough to be released from the hospital. My dad however, had numerous complications and eventually had to have a tracheostomy tube inserted. He would have good days, where he seemed alert and cognizant.

These days were promising but also gut wrenching, as he often communicated to us he did not want us to leave or begged us to get him out of there. There were also days where he was barely awake and confused the little bit he was. These days were painful because they were an indication that he wasn’t progressing towards getting better. The stress took its toll on all of us.

My dad passed away on August 5th.

(Watch the rest of Paul Ernst's family's statement below.)

Paula and Randy Dodge died together in the Camp Fire. They were remembered as wonderful people, devote Christians and selfless.

A native of upstate New York, Randy Dodge was a hardworking retired oil refinery worker. He was "a good man" who loved his wife, 70-year-old Paula, and even gave a kidney to his other brother.

In lieu of a video, his niece Megan Janes prepared a statement for ABC10.

"I sent out messages and calls on behalf of not only my family but everyone who was searching for their loved ones. I didn't expect my twitter feed get so much attention at that time but it at least got the answers we needed. We all lost someone and it still hurts today. Watching the courtroom trial today broke my heart. For those mourning you are not alone. Nobody deserved this kind of death, and I feel for all the families who have lost a loved one. You are not alone."

To hear more of the impact statements from families of Camp Fire victims, watch below.