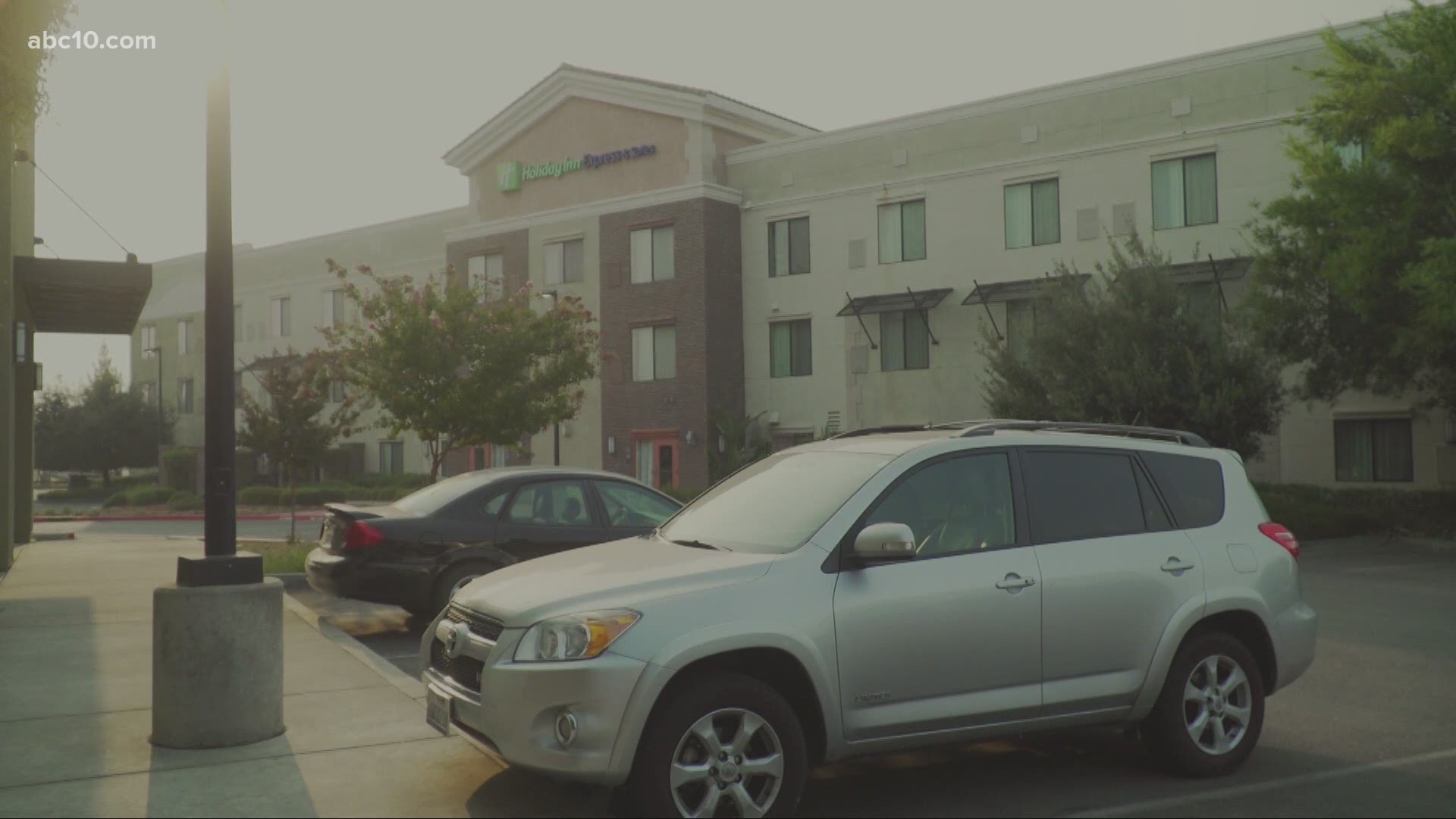 BUTTE COUNTY, Calif. — When one evacuated Butte County family contacted ABC10 saying they got turned away from a supposedly free hotel provided by the Red Cross, we looked into it.

Julia Tucker lives in the Strawberry Valley/Clipper Mills area with her boyfriend, teenage stepson, and two small daughters. The North Complex Fire forced them to evacuate on September 8.

So, Tucker said she contacted the Red Cross about getting her family of five to a hotel. Tucker said she was told that reservations for two rooms were made at the Holiday Inn Express in Lincoln for Monday night. When she got there though, she said the hotel asked her to put down a $50 deposit for each room.

There was a worry because she couldn’t afford the deposit and didn’t have the right kind of credit card.

“I had like 40 literal dollars on me, they wanted it on a card so that they could charge the card and I have a Chime card. I don’t have a bank account,” Tucker said.

Eventually, Tucker said a clerk told her that there weren’t even any rooms available after all. Tucker said her family went back to stay with her boyfriend’s mom.

Prior to an interview with Tucker, ABC10 called around to find out why she couldn’t get a room for free. The hotel manager said that the reservations were booked through Butte County via a travel agent and that the hotel was told a third party would pay. They say they tried to contact Tucker to get them back to the Holiday Inn but didn’t have their contact information.

Tucker said she found out only moments before her interview with ABC10 that a different group paid for the rooms.

“I found out from the government group that paid for the Holiday Inn that they already called them and they weren’t understanding why I didn’t wind up getting my room,” Tucker said. “So [The Holiday Inn] wanted me to call them back.”

ABC10 reached out to the Red Cross for more clarification. A spokesperson responded Wednesday, saying, "The Red Cross and our partners have provided hotel rooms as temporary socially-distanced sheltering for many people who have had to evacuate the current wildfires. We are looking into specifics of this woman's situation and will make sure she receives the assistance she needs."

The family is now staying at a hotel in Williams and says they’ll stay there while they can.