Father, sons stay behind in Paradise to save neighbors from Camp Fire

Frank Wyatt, and his sons, Noah and Tim, stayed behind for five and a half hours. They knocked on their neighbors' doors and assisted them. 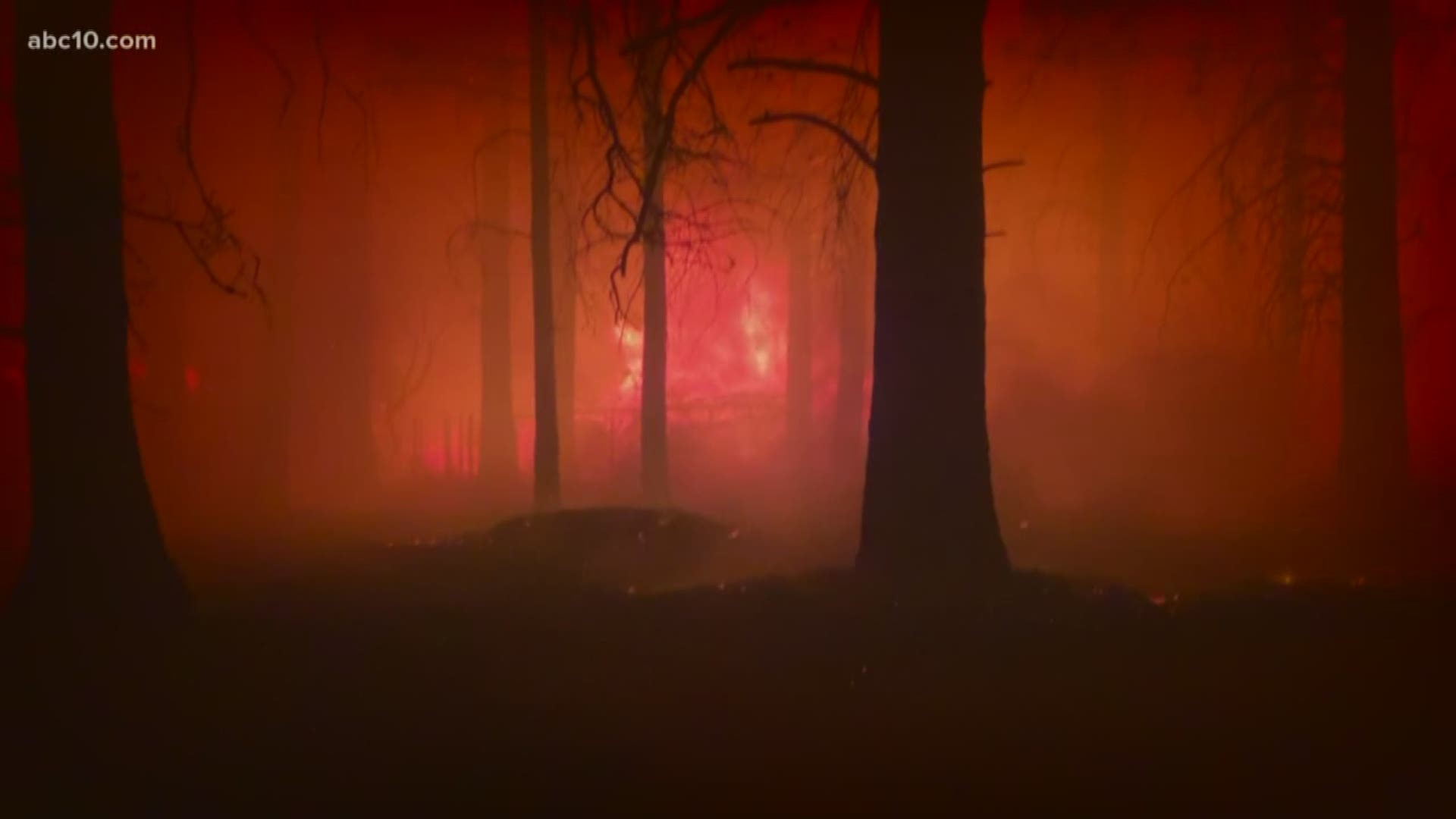 PARADISE, Calif. -- A father and his two sons stayed behind when the Camp Fire broke out last Thursday morning. They wanted to make sure all their neighbors escaped.

The family lived in the Oak Hill Mobile Home Estates off of Bille Road. The father, Frank Wyatt, and his sons, Noah and Tim, stayed behind for five and a half hours.

"We tried," said Frank. "We fought it for five and a half hours."

They knocked on their neighbors' doors and assisted them.

"We made sure everyone was out," said Tim. "Knocking on doors and some people were asleep."

Then they tried to hose down and contain the fire, but after several hours they had to leave with their family.

"It got to a point my wife, all the wives, all the pets and babies got down the road and Tim, Noah, and myself finally loaded up into the car and took off," Frank said. "Check the house one last time. Didn't grab anything and said see ya. We'll be back later."

About 20 of their family members lived in mobile home park.

Frank Wyatt said he had to stay behind. He’s lived in Paradise for more than 30 years and needed to do it for his family and his town.

"My family, my town," Frank said. "I don't have any other reason. They're my reasons for everything. That's why."

ABC10’s Ananda Rochita will have more on this story on Late News Tonight at 11 p.m.