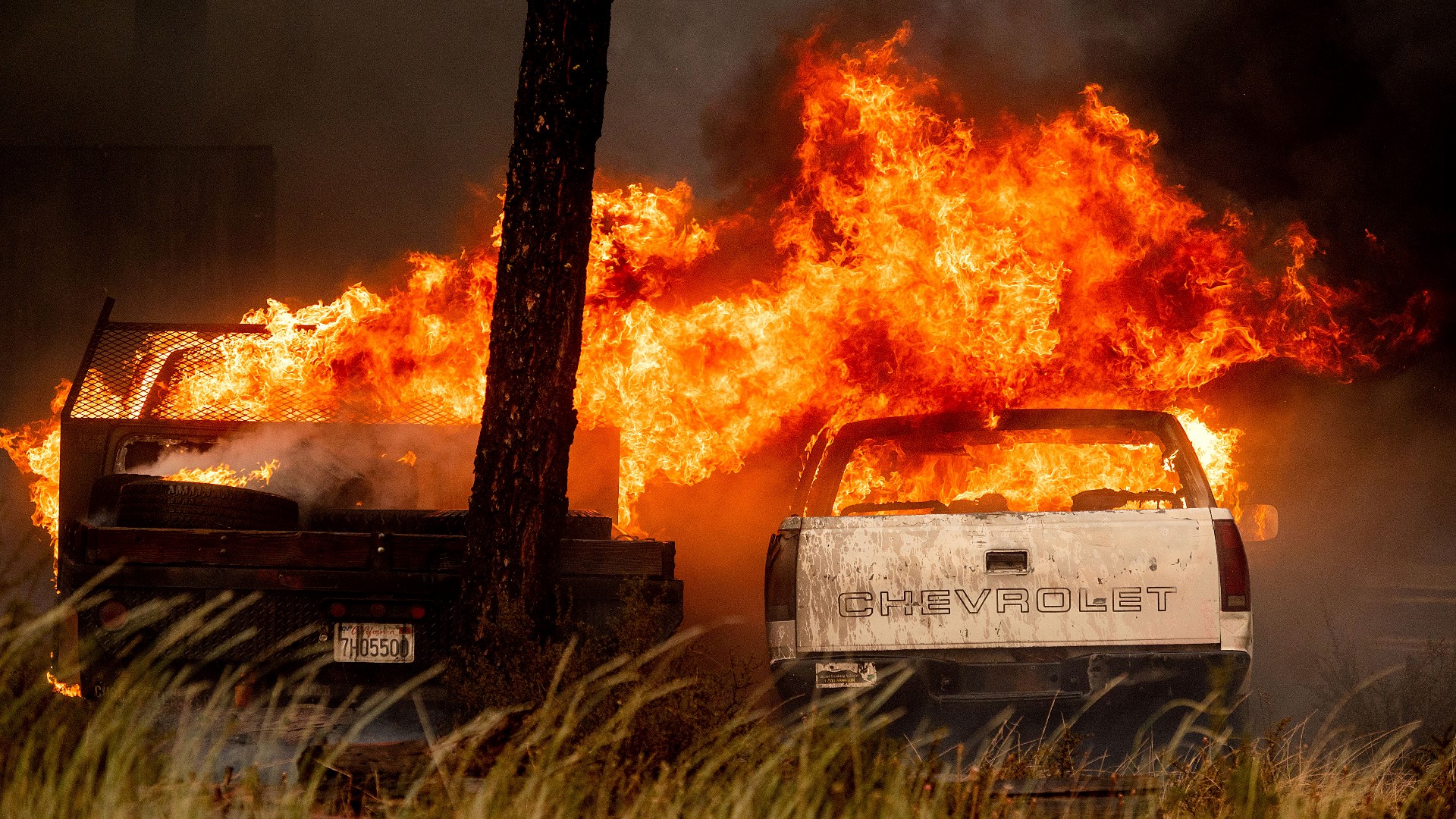 Evacuation orders and warnings are in effect for the so-called River Fire burning near Colfax.

Cal Fire tweeted that the River Fire is currently at 1,400 acres and has no containment. In a Wednesday press briefing, Cal Fire Nevada-Yuba-Placer Unit Deputy Chief Jim Hudson said 35 to 40 structures were possibly damaged or destroyed by the fire.

The Placer County Sheriff's Office issued an evacuation order for the town of Colfax and the area starting at the Bear River Campground and extending on both sides of Milk Ranch Road to Tokyana Road; West of the railroad tracks to the river; From Mt Howell Rd north to Rollins lake.

Placer County issued evacuation warnings to residents outside that area while the Nevada County Sheriff's Office is issuing evacuation orders for zone NCO-E102, calling on all residents East of Dog Bar Rd; South of Leitner Drive and North of Misty Winds are to evacuate immediately.

CAL FIRE/ Placer County Fire responding to the vegetation fire in the Bear River campground near Colfax in Placer County. The incident commander has asked for structure defense for immediate threat to homes in the area. A resource request for more air resources and engines pic.twitter.com/b99Dd7MaGN

The calls to evacuate have impacted at least 2,400 people in Placer County. In Nevada County, at least 4,200 people have fallen under both evacuation orders and warnings due to the fire.

More evacuation orders for this fire are below.

ABC10's Van Tieu captured images of some of the destruction caused by the River Fire in Colfax. So far, fire officials have not released just how many structures have been damaged or destroyed.

Placer County Sheriff's Office worked with the American Red Cross and opened the Auburn Veterans Memorial Hall, which takes pets and the Gold Country Fairgrounds and Event Center, which does not take pets, in Auburn as evacuation centers.

Caltrans closed both eastbound and westbound Interstate 80 on and off ramps at Canyon Way and Highway 174 and Colfax due to the fire.

Scroll to see an evacuation map.

Caltrans announced a road closure due to the fire for Highway 174 at Orchard Springs Road (Chicago Park). All traffic is being turned, and alternate routes like SR-49, SR-20 and I-80 are advised.

WATCH MORE FROM ABC10: PG&E could be in more hot water | Wildfire Update

PG&E says investigators are examining a tree found on power lines in Plumas County where the Fly Fire began July 22.