Fire retardant from airplanes comes to your yard

The retardant, which is based on components found in fertilizer, is meant to wash away during the rainy season. It’s also meant to be reapplied every fire season. 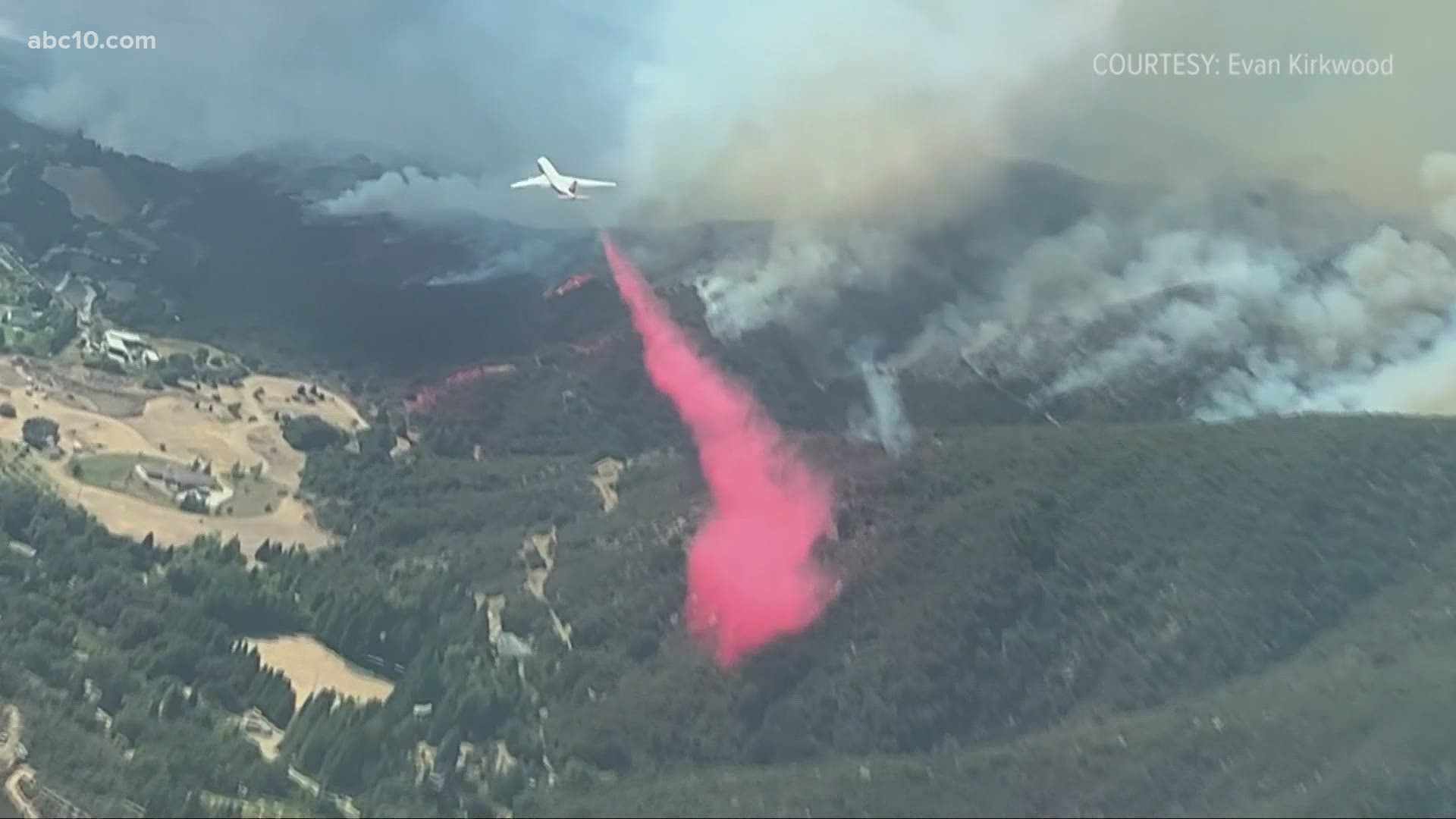 PORTOLA VALLEY, Calif — The company that makes all of the bright red fire retardant you see airplanes dropping on wildfires has reformulated the stuff for you to spray on your yard.

The fire retardant, marketed under the brand PHOS-CHEK, can’t make a home fire-proof but it can prevent sparks from touching off running flames on dry vegetation on the ground around a home.

“It helps render the vegetation non-flammable, so it actually chars it versus burns,” Wes Bolsen with Perimeter Solutions said.

A team of workers with the company mixed up a 3,000 gallon batch to spray on dead, dry grass around a large house in the hills.

The most obvious difference with the home version of the retardant is the color. It goes on clear instead of bright red like the original PHOS-CHECK.

Credit: Brandon Rittiman
Fire retardant from airplanes is being tested to be used to help make homes and yards more fire-proof.

“The only reason there’s red is so pilots can see it and they can see where they’ve dropped a fire line,” Bolsen said.

Scientists at Stanford University also helped modify the formula of the retardant itself. The home defense version is stickier so that it can more easily coat vegetation, like dead grass. It also lasts longer in the elements.

The red fire retardant washes away in ¼ inch of rain.

The home version “has durability all the way up until a couple inches of rain come at the end of fire season,” Bolsen said.

The retardant, which is based on components found in fertilizer, is meant to wash away during the rainy season. It’s also meant to be reapplied every fire season. It’s meant to supplement—not replace—traditional ways of making your home safer from wildfire.

Credit: Brandon Rittiman
Fire retardant from airplanes is being tested to be used to help make homes and yards more fire-proof.

“[It’s] an additional barrier,” Bolsen said. “After you’ve cleaned out your gutter, after you’ve done the other fire wise approaches, the commonsense things, the defensible space.”

Perimeter Solutions is also marketing the retardant to transportation agencies to treat the sides of roads and to power companies to treat beneath power lines, which have caused some of the deadliest wildfires in recent years.

At a cost of more than $20,000 per mile, it’s cheaper than a wildfire but still a sizeable yearly expense. The company is pitching it as an added safety measure in some of the most vulnerable places.

Treating a home isn’t quite as expensive, running from a few hundred dollars for a small lot to several thousand for larger properties.

The company has already run pilot programs with some home insurance companies, hoping to help pay for more yards to be treated.

WATCH MORE FROM ABC10: This Lake Berryessa boat rental place has rebuilt the business after the 2020 wildfires