The Vallejo Fire Department said the fire has been extinguished. 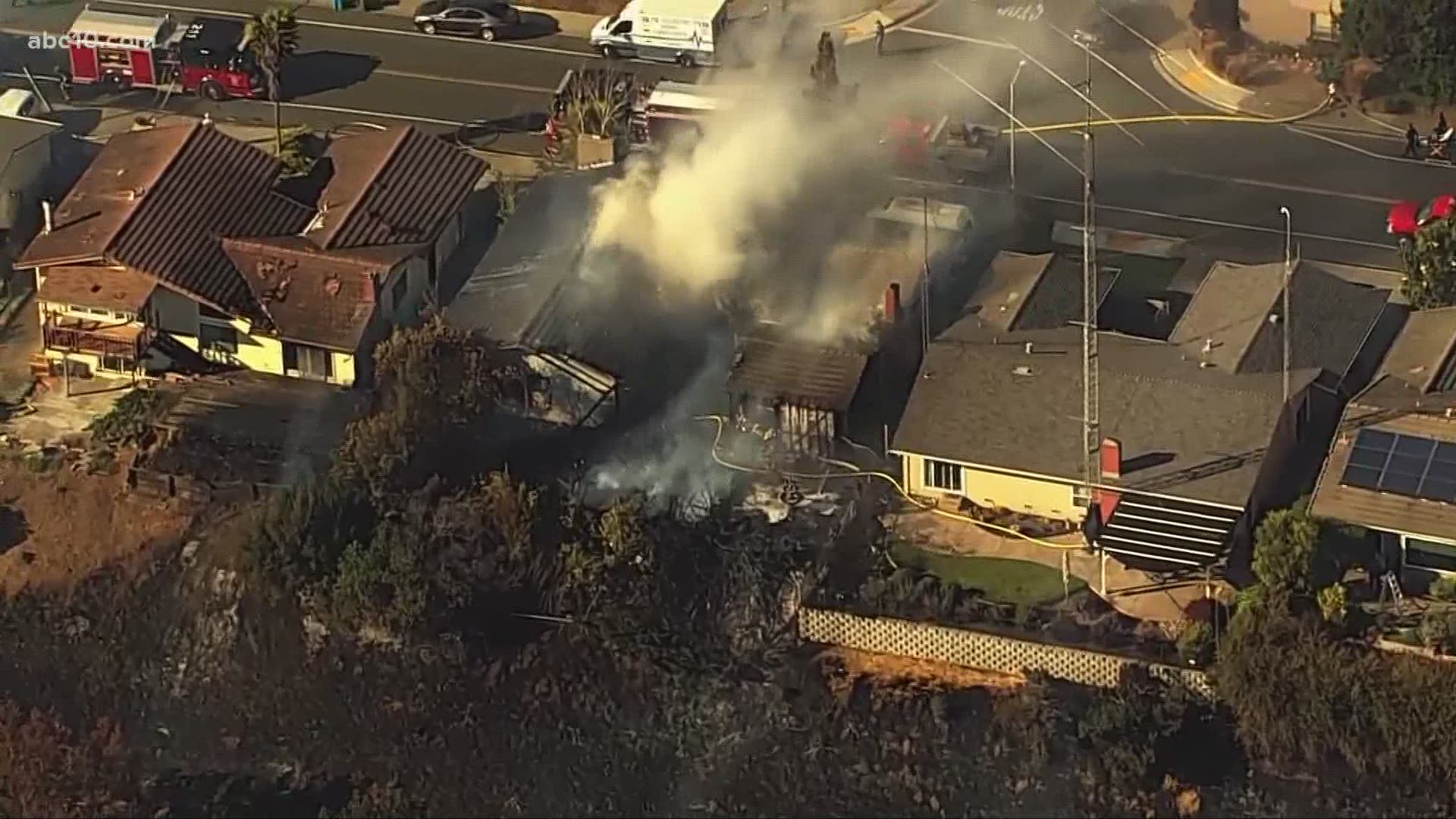 Evacuation orders have been lifted following a vegetation fire, according to the Vallejo Firefighters Association.

Evacuation orders are in place as crews tame a vegetation fire in East Vallejo that has damaged eight homes, according to the Vallejo fire Department.

The fire department said there were evacuation orders in place for Skyline Drive Between Vervais Pajaro, Pajaro Way, and Silverview Court.

According to the fire department, eight homes were damaged, with three damaged significantly. Three families have been offered assistance from the Red Cross.

"There was already a ton of smoke coming out the front door," said Cliff Campbell, Battalion Chief for Vallejo Fire Department on the state of one elderly woman's home when fire crews arrived.

The elderly victim was taken to the hospital for smoke inhalation after escaping a burning house, however, she is expected to be OK.

"Not the most mobile person, so I'd say pretty lucky, especially if this happened at nighttime," Campbell said.

In a tweet, the Vallejo Firefighters Association said the primary areas of the fire have all been knocked down and that crews were making considerable progress in the firefight. Officials said the blaze started as a vegetation fire behind some homes and spread up the hill. The fire has since been extinguished.

Primary areas of the fire have all been knocked down. Crews are making considerable progress. #SkylineDrFire#SkylineCommand