At least 175 American firefighters are helping the fire fight in Australia, now more California crews are preparing to head over. 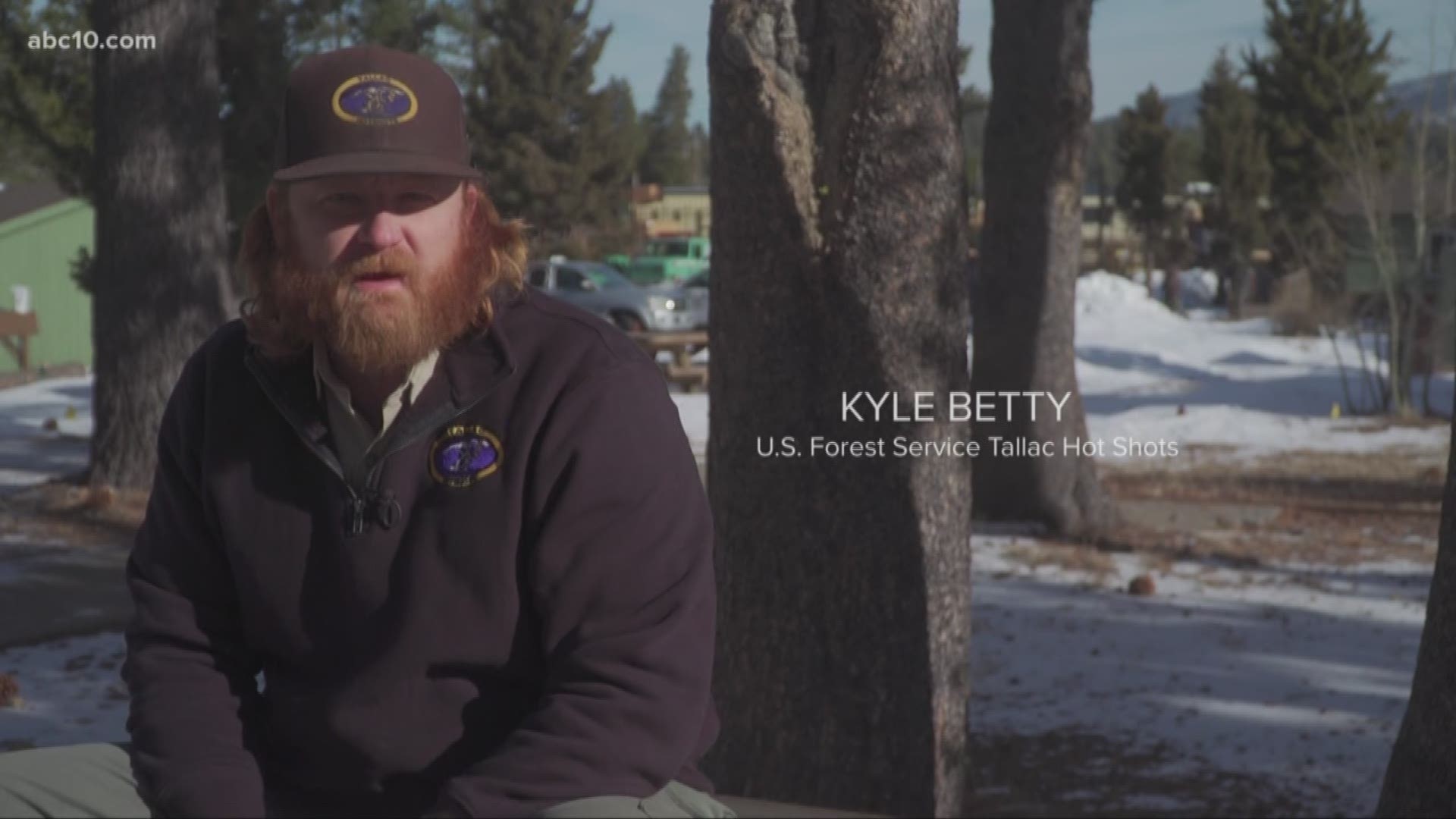 SOUTH LAKE TAHOE, Calif. — At least 175 American firefighters are helping fight the lethal Australian brushfires that have burned millions of acres and forced tens of thousands of evacuations, and on Saturday more U.S. crews are on standby to deploy overseas.

Some of these firefighters are from California, including Kyle Betty, the superintendent of the U.S. Forest Service Tallac Hotshots, a department whose watch spans the Lake Tahoe Basin. The firefighter of 18 years is preparing for an 8,000 mile trip to help firefighters in Australia with the massive burning bushfires.

“You know throughout my career, I’ve experienced quite a few devastating fires,” Betty said. “You know, especially in the last few years here in California, with what we’ve been experiencing and going through. But not really to the scale that it seems to be in Australia at this time.”

A member from Betty’s crew is already helping in Australia. If called, Betty says he will serve in Australia for at least a month.

American crews have already been fighting fires in Australia. They’re also helping relieve firefighters there who have been working on fire lines for months.

WATCH ALSO: The firefighter behind the Australia fires kangaroo photo