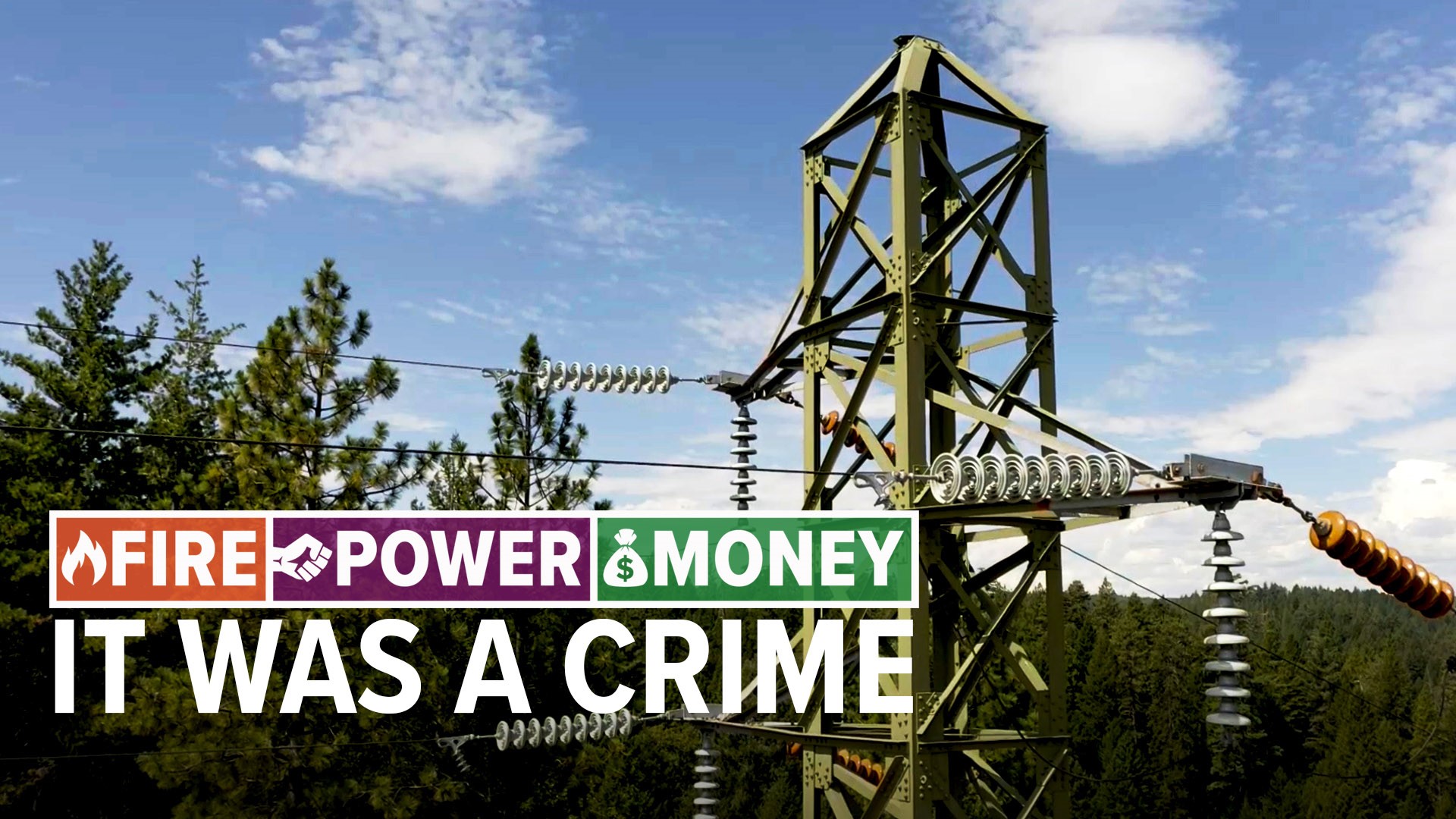 SACRAMENTO, Calif. — The Cal Fire chief in charge of fighting the 2018 Camp Fire that destroyed the town of Paradise, Calif. predicts PG&E will kill more people in the coming years, and calls the utility company's behavior "much worse" than a careless accident.

PG&E pleaded guilty this past summer to 84 felony counts of manslaughter and one felony for illegally starting the Camp Fire -- making it the nation's largest corporate homicide conviction.

The fire, which killed at least 85 people, was the deadliest and most destructive wildland fire in California history, destroying the entire town of Paradise and surrounding neighborhoods. At least 14,000 homes burned to the ground along with most main street businesses.

The electric company admitted to neglecting to properly inspect and maintain a nearly century-old high tension line in the wind-prone Feather River Canyon. Prosecutors say the metal hook that snapped, leading to the sparks that lit the fire, was approximately 98 years old.

"For a company to not engage in, to willfully not invest in that, and allow that to degrade over decades, that is truly a crime," former Cal Fire Chief Ken Pimlott said.

ABC10's Brandon Rittiman asked, "Do you think we're gonna get through the next decade without another PG&E disaster that kills people?"

PG&E was already a convicted felon on probation when state lawmakers and the governor passed Assembly Bill 1054, allowing PG&E to access a multi-billion-dollar fund to cover damages in future wildfires that PG&E and other for-profit utilities might spark.

Pimlott spoke to ABC10 for the ongoing documentary series FIRE-POWER-MONEY: California's burning crisis and how it costs us all. According to the former Cal Fire chief, who is still active in fire prevention in El Dorado County, where he is running as a candidate for county supervisor, PG&E is still failing to meet its commitments to improve fire safety.

PG&E declined to be interviewed for the series.

Watch the first season of Fire Power Money: The story behind PG&E's shutoffs: Fire - Power - Money. Inside California's burning crisis and how it's going to cost us all.