Newsom announced Friday that he's traveling to Sonoma County to survey the areas damaged by the Kincade Fire. 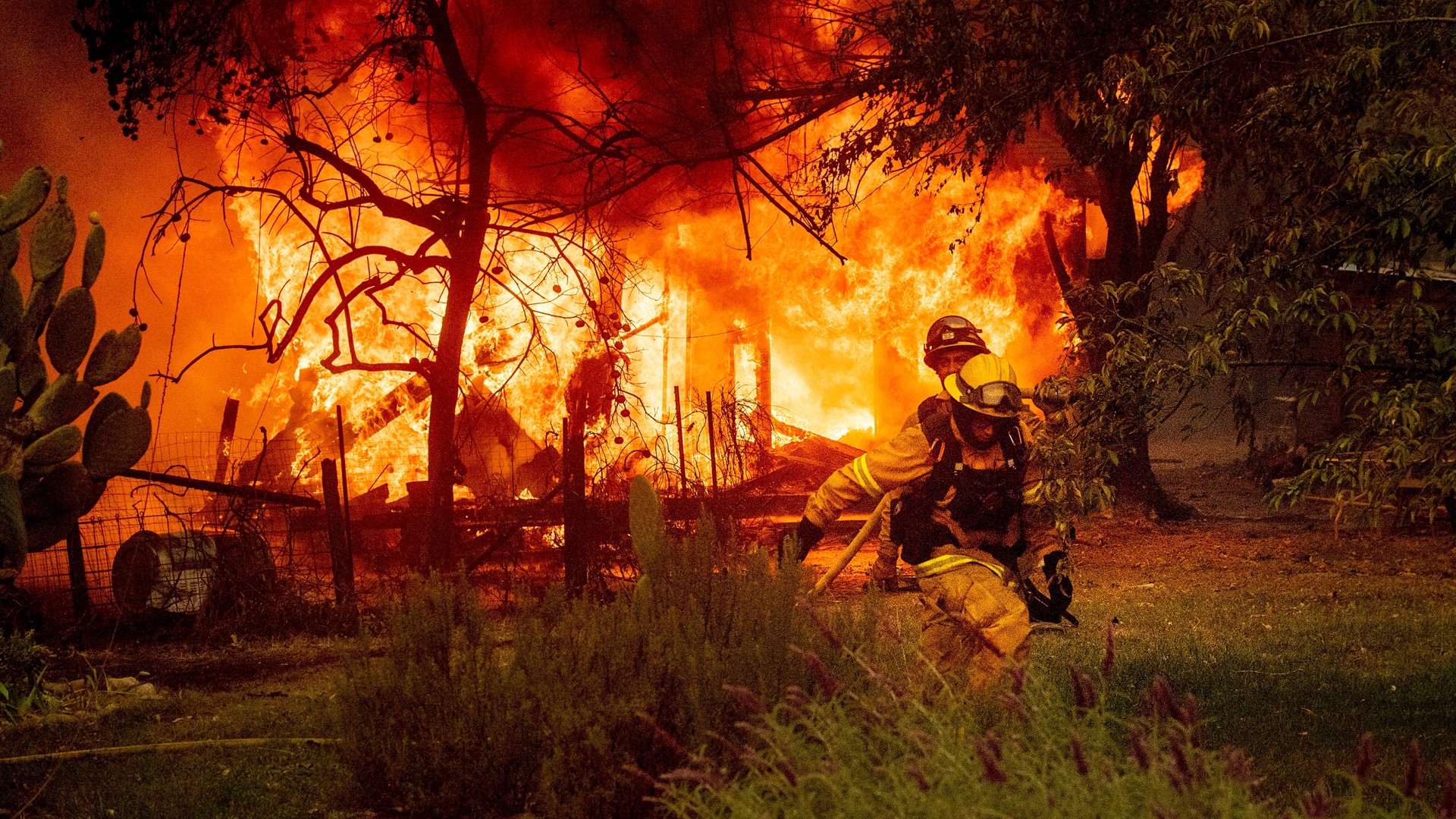 In Northern California, the Kincade Fire is burning nearly 22,000 acres in the Sonoma County town of Geyserville, a small unincorporated area in wine country.

In Los Angeles County, the Tick Fire is burning 4,600 acres in Santa Clarita, where about 10,000 structures are threatened and 40,000 are being evacuated.

Both fires are just 5% contained, according to Cal Fire.

Newsom announced Friday that he's traveling to Sonoma County to survey the areas damaged by the Kincade Fire.

On Thursday, PG&E admitted that its electrical equipment might have started the Kincade Fire, despite their large power shutoffs across the region. The utility has been imposing blackouts in many areas ahead of high wind days that increase the risk of wildfires.

PG&E said it failed to de-energize a 230,000-volt transmission line that malfunctioned minutes before the fire started in Geyserville. The utility said it found a "broken jumper" wire near the transmission tower during an inspection Wednesday night.

It's still unclear it the transmission line was the cause. PG&E said it was too soon to know if their equipment sparked it.