The Sacramento Fire Department is fighting a grass fire near mile marker 4 on the lower American River Parkway. This is the second fire today near the area. 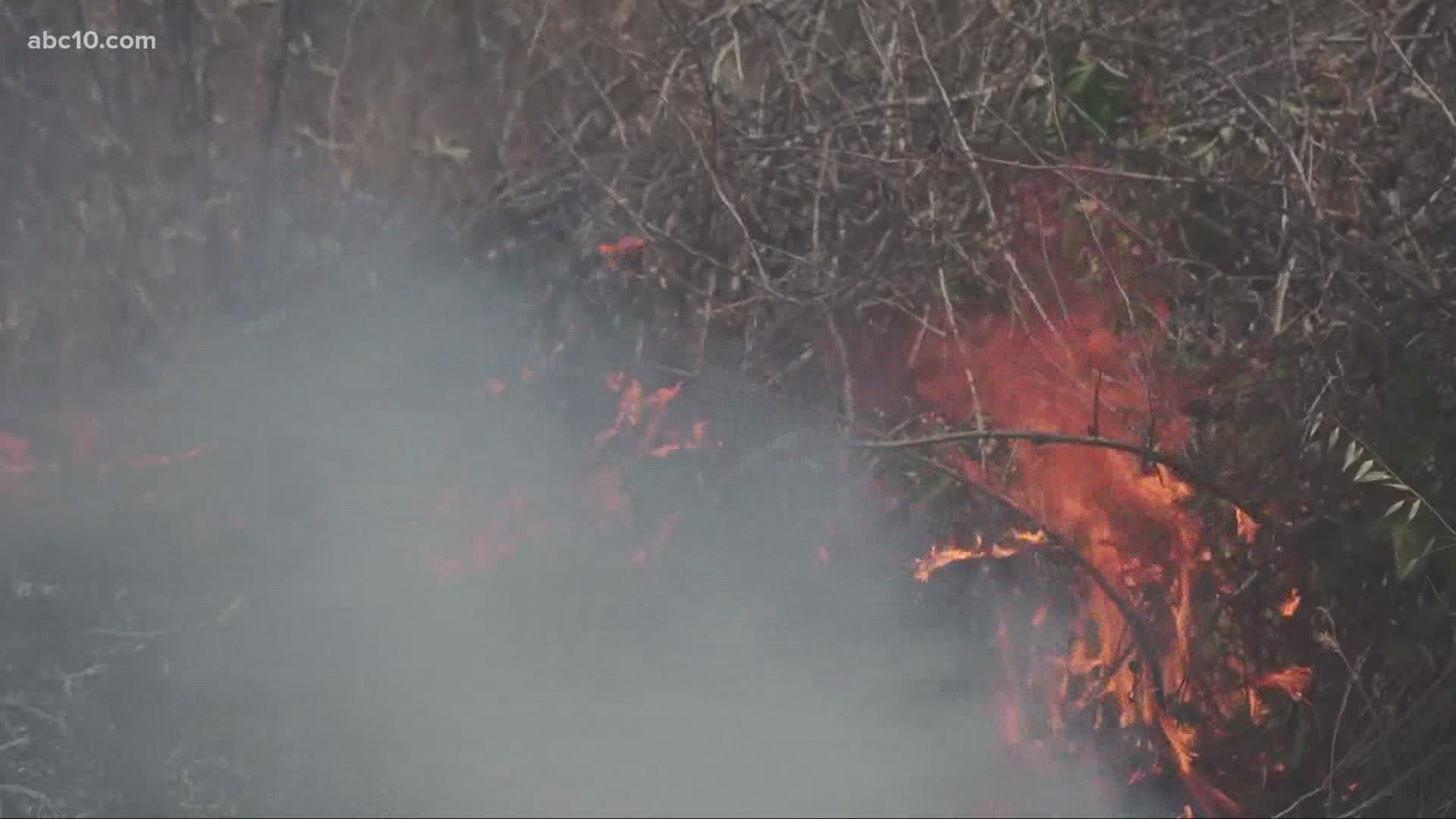 SACRAMENTO, Calif. — A grass fire is impacting traffic on Business 80 on the lower American River Parkway.

According to Keith Wade with the Sacramento Fire Department, more than 80 firefighters have been called in to get a handle on the fire. There is no good estimate on the fire’s size at this time.

Erratic winds in the area are making things difficult on firefighters, as they are pushing the fire in all directions, Wade said. A lack of fire hydrants in the area is also slowing efforts to extinguish the fire. Water tender vehicles are being utilized to shuttle in the water used to fight the flames.

Wade said crews are starting to get a handle on the situation, but he expects the fight to last several more hours. There have been no reports of injuries and no homes or businesses are under threat of evacuation at this time.

Residents are being asked to avoid the area and Wade is asking drivers to be patient and travel slowly because drift smoke from the fire may impact traffic.

The cause of the fire has not yet been determined.

A grass fire that popped up behind Costco near Cal Expo Monday morning has been put out.

The fire started near Business 80 and Exposition Boulevard. In a tweet from the Sacramento Fire Department, the one acre fire was in "dense vegetation" near mile marker four along the American River Parkway.

The fire has since been extinguished and crews are mopping up the area.

No injuries were reported and traffic doesn't appear to be impacted by the smoke. The Sacramento Fire Department is investigating how the fire started.

WATCH MORE FROM ABC10: What caused the Dixie Fire to start?