PG&E is sending out notice for another possible power shutoff for the weekend. Notice was given to counties in the Sierra Foothills and San Francisco Bay Area. 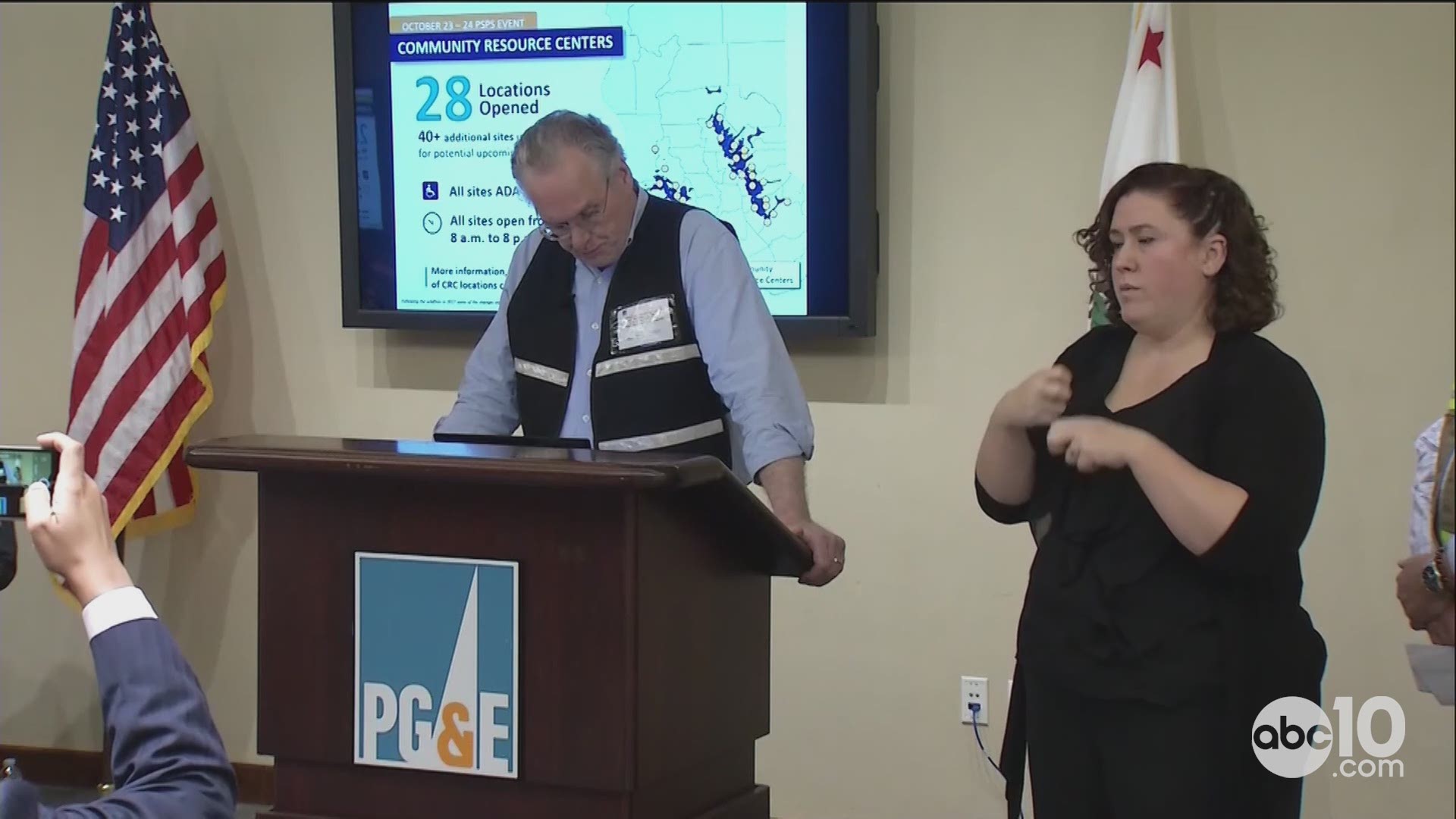 PG&E crews have restored power to the vast majority of customers impacted by the latest round of power shutoffs, the company announced Thursday night.

About 178,000 customers in 18 counties were originality impacted by the shutoffs which began Wednesday afternoon. In their Thursday night update, PG&E said it had restored electricity to nearly 165,000 customers.

More than 6,000 on-the-ground field personnel were deployed as well as 42 helicopters that were staged in the impacted areas, according to PG&E.

The company said it expects all customers to be restored by Friday, pending any damage to equipment.

The blackouts started around 2 p.m. on Oct. 23 with the Sierra Foothills and was followed by the outages for the North Bay counties. Shutoffs to Kern County and San Mateo County followed the next day.

Many of the communities barely had a chance to regroup from the last PG&E power shutoff earlier this month before being notified of another. PG&E said it expects to have power restored no more than 48 hours after the windy and dry weather passes.

As the power shutoff continues for many people, some areas have already seen areas being re-energized. According to the Nevada County Office of Emergency Services, low fire risk sections and high priority areas were being re-energized Wednesday evening.

PG&E confirmed that all counties impacted by the power shutoff, with the exception of Kern County, have been given the "all clear." Crews are now inspecting lines for possible damage before they restore power.

As the utility works on restoring power to areas impacted by the power shutoff, they're also notifying counties of another massive Public Safety Power Shutoff expected for the weekend throughout Northern California starting Saturday night and lasting into Monday.

The shutdown could affect 2 million people, much like a widespread pre-emptive blackout earlier this month.

It would be the third such shutdown in three weeks.

PG&E chief executive Bill Johnson said the utility will have a better idea Friday of which areas would lose power and how long the outages might last.

Notice was given to counties in the Sierra foothills and the San Francisco Bay Area.

Earlier this month, PG&E shut off power to more than 800,000 customers across the state, effectively leaving millions of people without power for days. The result was customers and state officials criticizing the state's largest utility, which has a power grid that spans nearly all of California and gives electricity to about 40% of the state's residents.

Still, PG&E says its preemptive blackouts earlier this month worked, as more than 100 incidents of damages and hazards were found during an inspection of the utility's power lines.

PG&E transmission lines caused wildfires that killed more than 100 people in 2017 and 2018, including the Camp Fire, California's deadliest in modern history.

A full list of counties and cities affected by the shutoffs below.