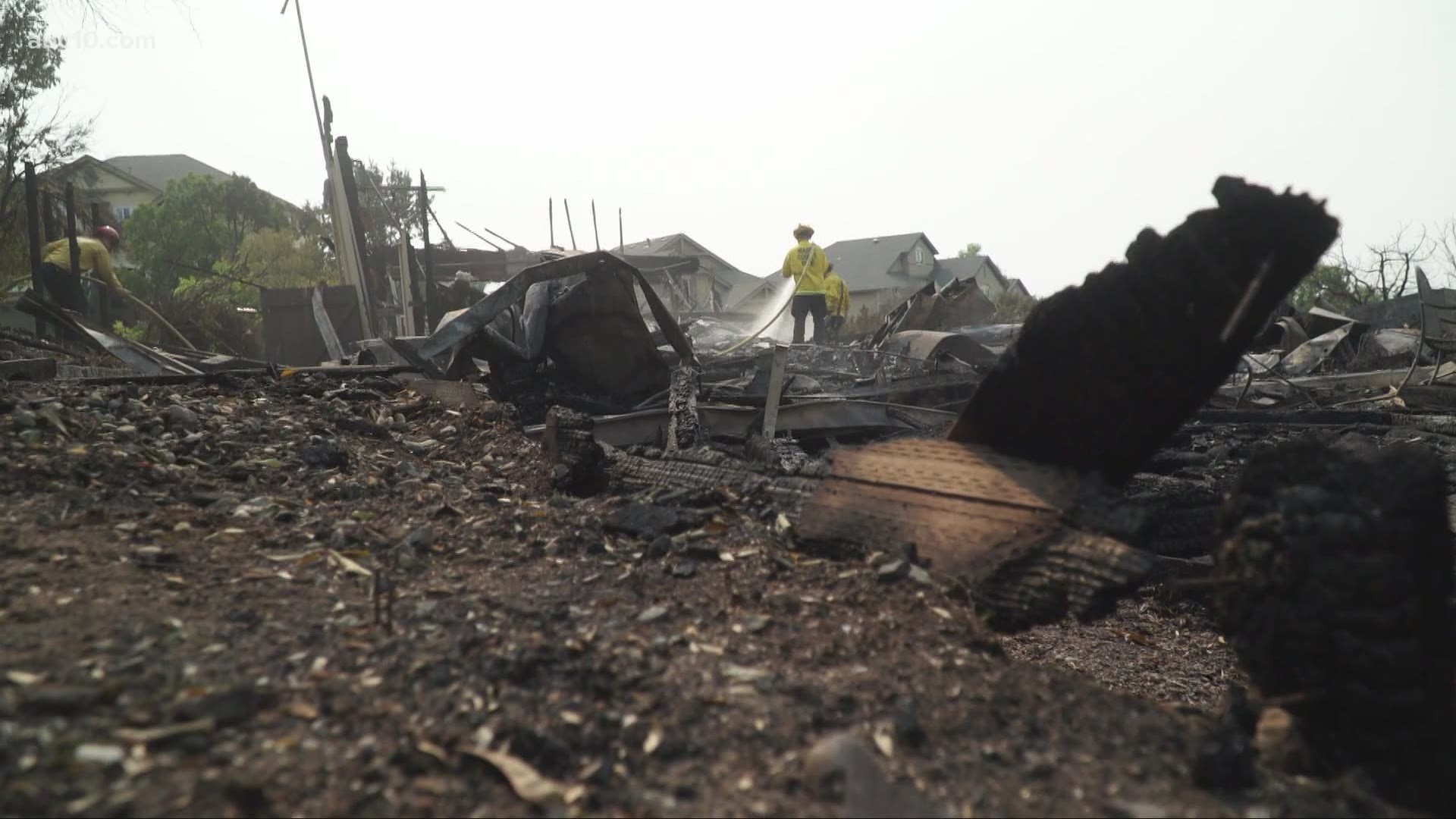 CALIFORNIA, USA — California has had an incredibly destructive wildfire season, which have left many residences without a home or facing significant property damage.

As a result, California Insurance Commissioner Ricardo Lara is calling on insurance companies to change the way they process claims of property loss.

“Wildfire survivors who are still sifting through the ruins of their home should not have to face an exhaustive inventory in order to start the recovery process,” Insurance Commissioner Ricardo Lara said in a press release. “That is why I am asking insurance companies to do their part for their policyholders by providing coverage without the burdensome requirement of a detailed home inventory in order to have their claims paid.”

Typically, insurance companies may require a detailed inventory from someone before they consider providing coverage, even if the claimant has suffered a total loss of their home and all of their personal property.

With devastating fires continuing to burn across #California, Commissioner @ICRicardoLara will convene an investigatory hearing on October 19th to initiate a series of regulatory actions that will protect residents from the increasing risk of #wildfires.https://t.co/G3UCNgRNds pic.twitter.com/1oSw8gqCsp

The complete destruction of one's home is something many Californians are facing today, as wildfires continue to rip through the state. As residents in fire-affected areas return home to rubble and ash, they are often faced with the task of navigating a difficult and sometimes confusing claims process before they are able to even begin to rebuild.

The California Department of Insurance says it has "received numerous complaints" from such individuals relating to the "monumental task of identifying every item of personal property they may have lost in the recent wildfires" in order to receive payment from their insurance policies.

Amy Bach, executive director of United Policyholders, which advocates for the rights of wildfire survivors, hopes that insurance companies hear the commissioner's request.

“When the entire contents of an insured home are destroyed in a wildfire, it's logical that the owner is entitled to the full amount of their contents insurance,” Bach said.

Just this week, Governor Gavin Newsom signed Senate Bill 872 (Dodd) and Assembly Bill 3012 (Wood) which provide, among other things, protections for policyholders who suffered a covered total loss resulting from a wildfire during a state of emergency. However, these new laws do not go into effect until the new year.