A total of 21 structures, including 14 homes, have been destroyed by the fire, according to CAL FIRE. 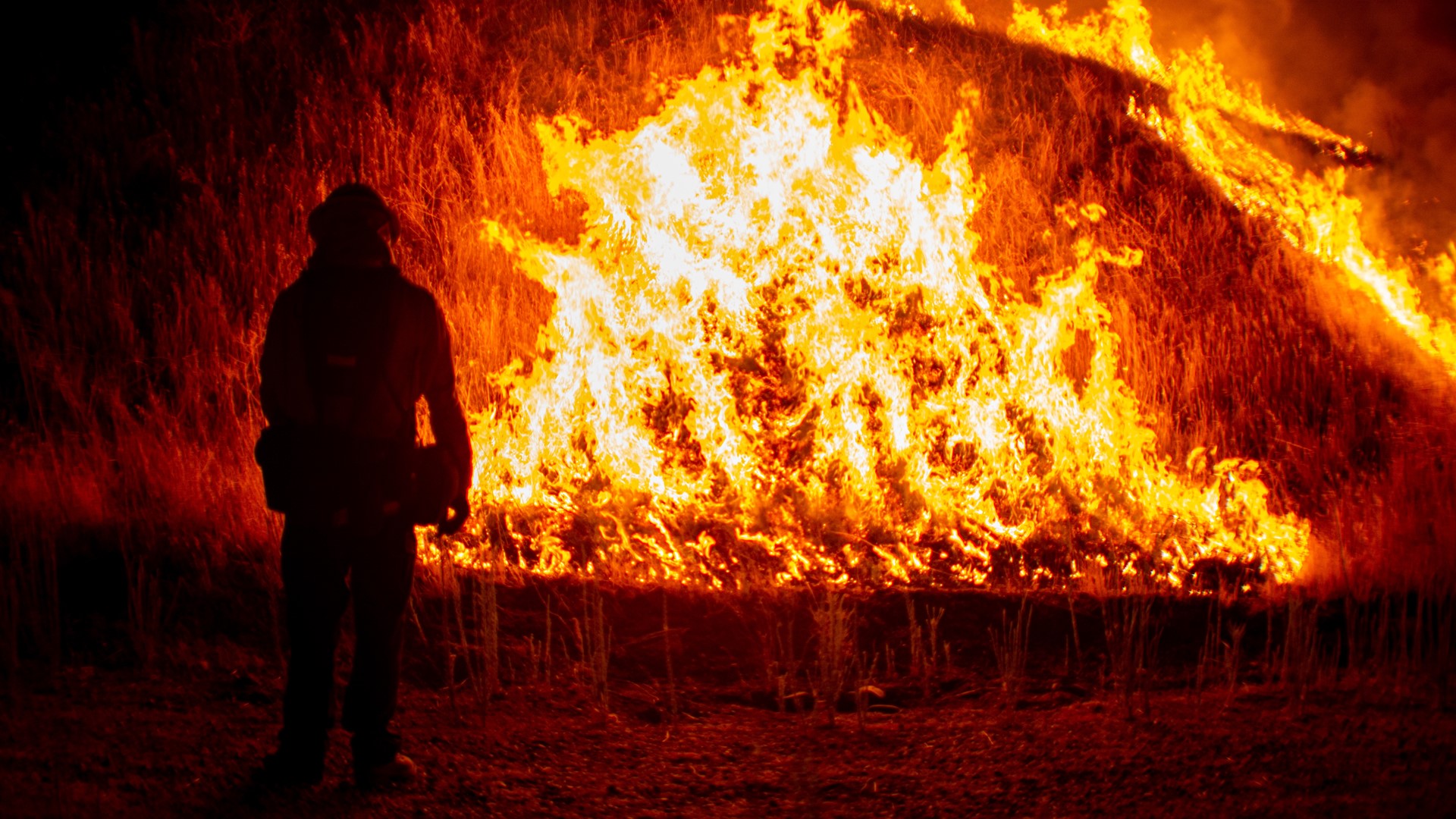 The Jones Fire is 65% contained at 705 acres, according to Cal Fire.

The Jones Fire is still 705 acres but is now 55% contained, according to Cal Fire.

There have been three heat-related injuries, one minor laceration, and three with poison oak, Cal Fire said in a press release. They reported 21 structures destroyed and three damaged buildings.

"Firefighters continue to be hampered by high temperatures and very dry fuels. Suppression repair will continue throughout the fire, including cultural and historic sites," Cal Fire said.

There is a red flag warning in effect until Monday at 11 p.m.

The Jones Fire remains at 705 acres but is now 30% contained, according to a CAL FIRE.

Officials said evacuation orders have been lifted and residents are being allowed to return home. Fire crews will continue to secure control lines and protect cultural, historic sites.

Six firefighters have been injured fighting the Jones Fire.

Evacuation have been lifted for areas to the west of the fire line.

The evacuation center at Ready Springs School is closed due to lack of use and evacuations being lifted.

Additional evacuations lifted for the #JonesIncident on the west side of the fire line. Visit https://t.co/HdIdXYQCzU to check your address.
Be prepared with proof of residency to access the area. pic.twitter.com/exnJ4YDjtx

On day five of the Jones Fire, Cal Fire announced the wildfire is still sits at 705 acres, but containment grew to 25% overnight.

Fire officials expected to fully contain the fire by early next week.

Four firefighters have been injured. There was a jump in structures destroyed overnight though, from five on Thursday to 21 on Friday's Cal Fire report. A majority of those structures were out buildings, while six homes were destroyed.

There are no current evacuation warnings. However, evacuation orders are still in place for the following areas: Yuba Crest Drive, John Wollman Lane, Tasha Road, Queen Elizabeth Way, Will O Wisp Court, and Weeping Willow Way. An evacuation center is located at:

The following roads are closed: