About 156,000 people remain under evacuation orders. 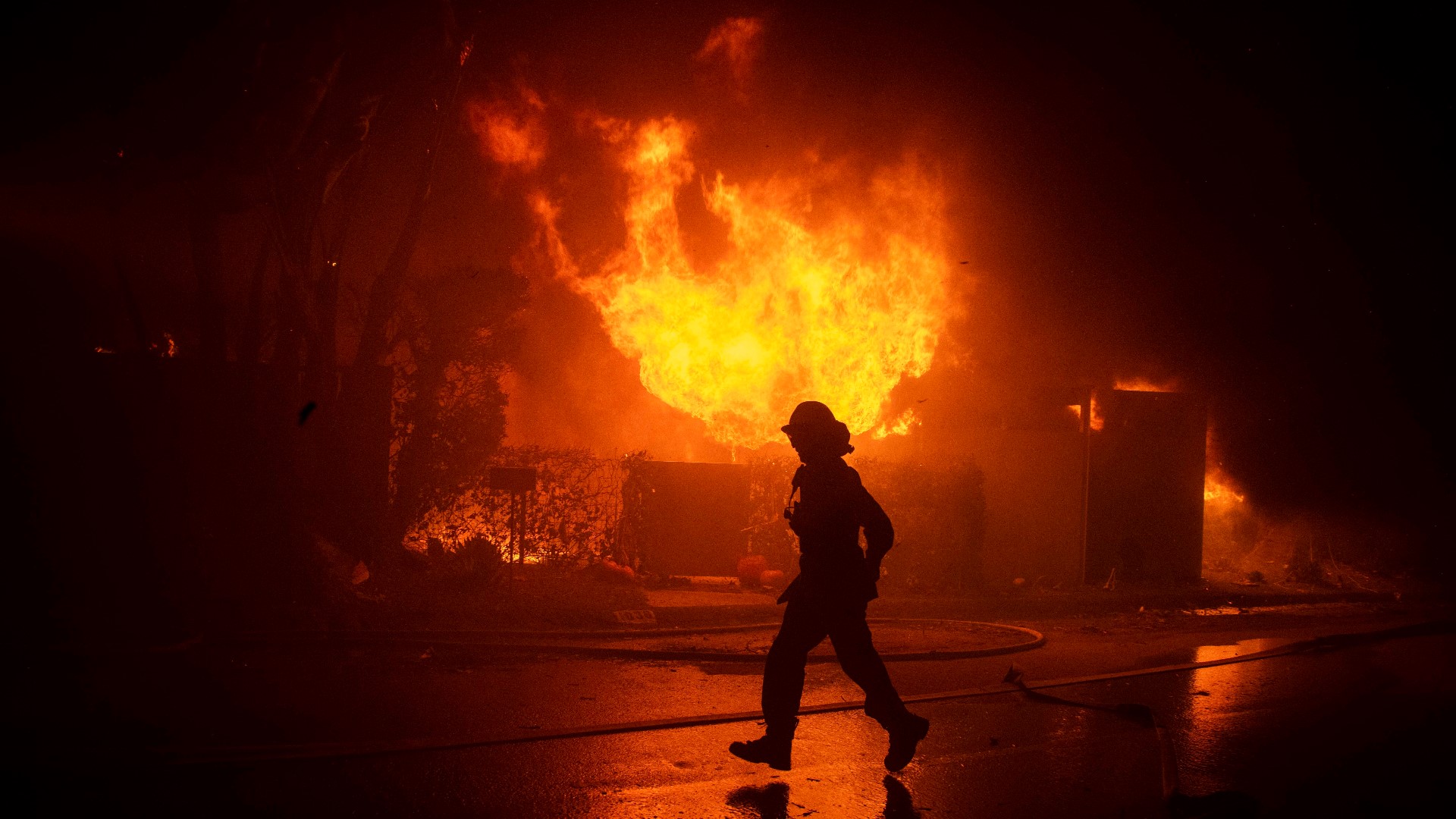 California Department of Forestry and Fire Protection officials said Tuesday that the fire in Sonoma County, which has been burning since Wednesday, has grown to 75,415 acres, destroyed 124 buildings and threatens 90,000 buildings, including parts of Santa Rosa.

Most of those 90,000 structures being threatened are homes.

Two people have been injured, but it's unclear at this time if they were civilians or firefighters.

The fire remains at 15% contained, which is the same percentage as Monday night, when the fire was smaller. About 156,000 people remain under evacuation orders after about 30,000 people who had been evacuated were allowed home Monday.

The National Weather Service has issued a Red Flag Warning that began at 8 a.m. Tuesday, Oct. 29, and is expected to expire around 4 p.m. Wednesday, Oct. 30. The concern, once again, is the strong winds leading to more fires, and rapidly spreading fires.

For those evacuating with large animals, they're being asked to head to the Santa Rosa Fairgrounds. Other evacuation centers are located at:

Roads are currently closed at: