Here are all the wildfires burning in Colorado right now

Three of the four major fires are human-caused which prompted a state-wide fire ban in an effort to prevent new fires from starting. 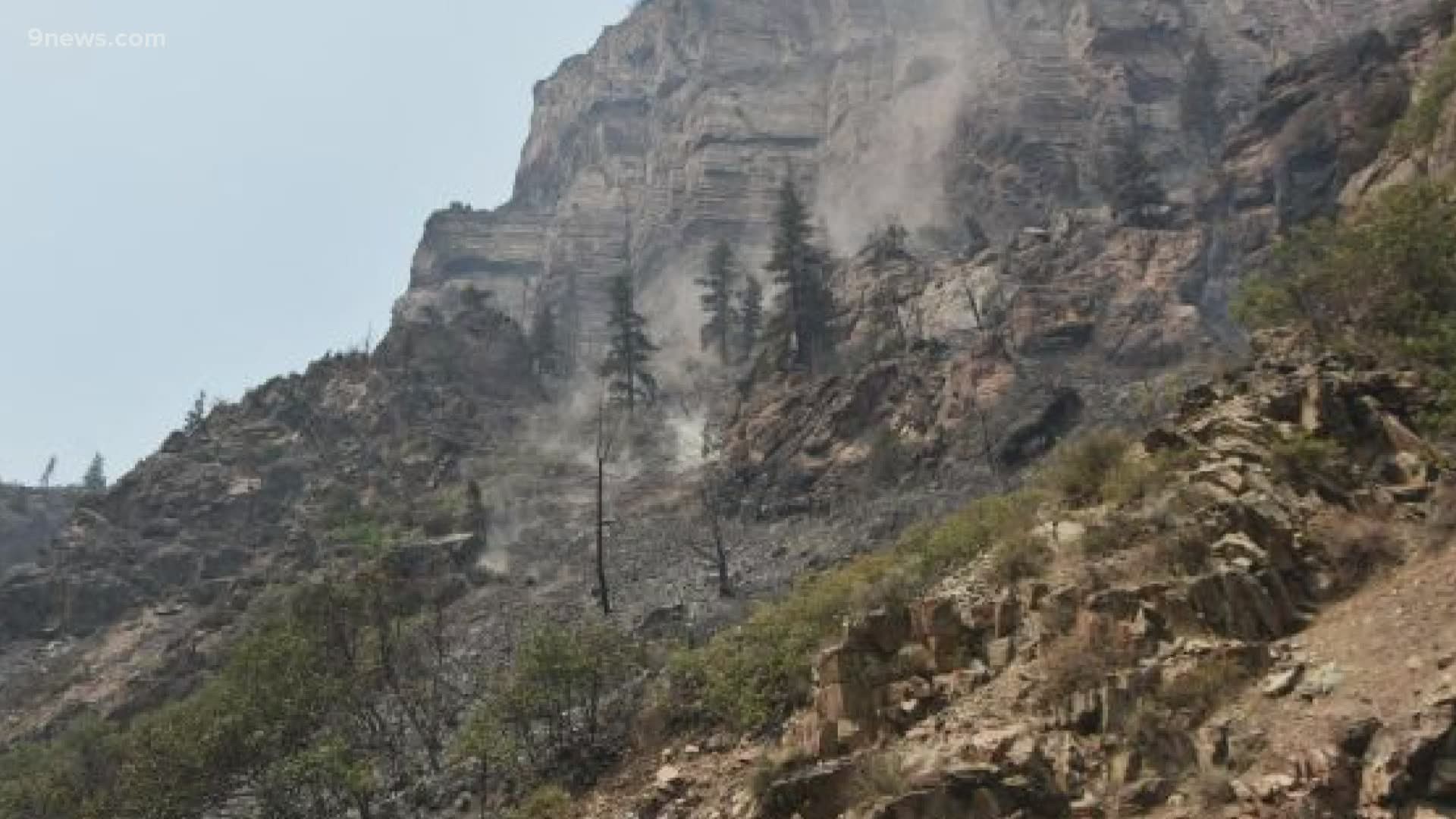 COLORADO, USA — With several major wildfires burning in our state and extremely dry conditions, Governor Jared Polis (D-Colorado) on Tuesday announced a statewide fire ban. It will remain in place for 30 days and prohibits all open burning and fireworks.

A new article on current wildfires in Colorado was published Oct. 19. This article is not longer being udpated.

RELATED: Here's a look at all the wildfires burning in Colorado right now

> Full 9NEWS coverage of wildfires in Colorado can be found here.

Below is a list of all the large fire currently burning in Colorado.

Evacuations: Multiple campgrounds have been evacuated and access to State Forest State Park is very limited.

Details: The fire remained active on Sunday due to hot, dry, and windy conditions. The southeast area of the fire continued to have the most activity as it moved south of Peterson Lake. The fire also progressed north of the West Fork Tunnel area, fire officials said Sunday, Aug. 23.

> Click or tap here for the latest evacuation and road closure information.

Evacuations: The No Name evacuation was lifted at 4 p.m. on Sunday, Aug. 23. Residents were notified and allowed to start returning home.

The pre-evacuation notice for the residents of Garfield County living in the Sweetwater area has been lifted.

Details:  Smoke from the fire is still visible, but is propagating from the higher areas above the canyon rim. With more hot and dry weather in store on Monday, firefighters can expect active fire behavior.

> Click here for the latest evacuation information in Garfield County.

> Click or tap here for the latest information about firefighting efforts.

Areas currently under evacuation orders are:

> Click or tap here for more details about the fire.

Evacuations: The Williams Fork Fire Pre-Plan Map for pre-planning and preparation purposes is available for public use. There are no standing evacuation orders for residential areas, including the Fraser Valley. For the most current information and to sign up for CodeRED Emergency Notifications please go to www.gcemergency.com.

Details: Smoke settled into the communities of Parshall and Kremmling on Sunday, bringing unhealthy to very unhealthy conditions to these areas. The fire is actively burning in the Horseshoe Lake and Darling Creek areas.

Pre-Evacuation and Evacuation information can be found on the Park County website. Forest Service Roads 227 and 231 and County Road 44 are closed.

RELATED: Evacuations ordered after wildfire breaks out in Park County

Evacuations for Whale Rock Road west to Davis Ranch Road have been downgraded to voluntary evacuations, the sheriff's office said.

Location: Near Spring Valley which is located about 8 miles north of Carbondale and about 9 miles south of Glenwood Springs.

Evacuations: None, evacuations have been lifted

Details: Fire crews said they are making "excellent progress' on the fire.

Details: Two Forest Service engines and one squad were ordered to battle this remote fire, along with one airtanker. Lightning sparked the fire, according to the U.S. Forest Service.

Details: Two Forest Service engines and one squad were called to battle this lightning-caused fire, which is burning in Ponderosa and tall grass.

Details: Rain has helped firefighters get a handle on this blaze, though pockets of heat will likely persist for the foreseeable future. A crew of six firefighters are on the scene to take care of potential flareups.