A map derived from data of 30,000 towns with populations under 40,000 people paints a picture that shows some communities have limited evacuation routes. 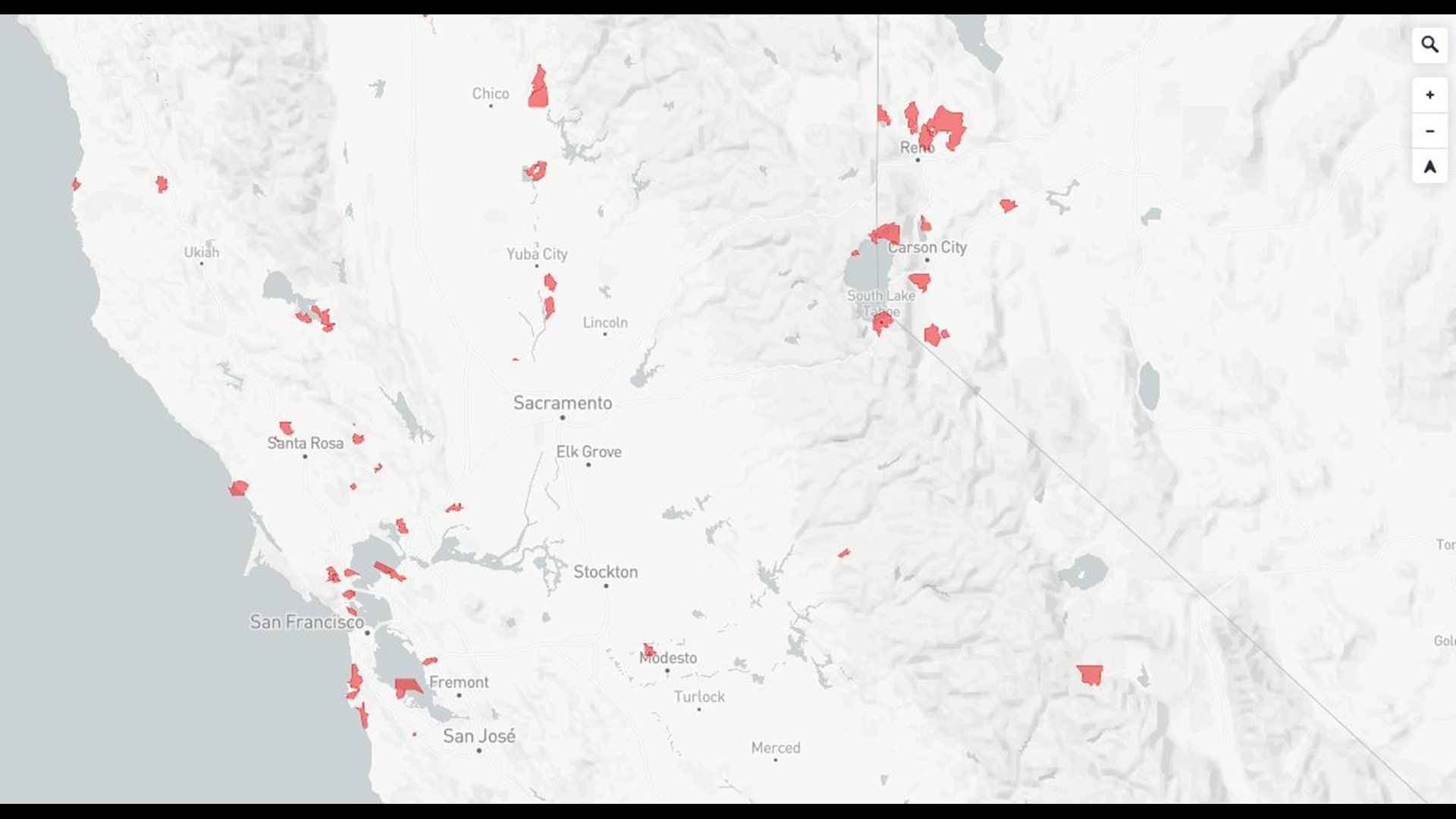 SACRAMENTO, Calif. — If a natural disaster, like a wildfire, was to happen where you live, do you know how to get out safely? Do you know what road to take?

A map derived from data of 30,000 towns with populations under 40,000 people paints a picture that shows some communities have limited evacuation routes.

The risk is based on population and how many roads could get people out of town. The red areas shown on the map show the high-risk areas. There are several notable locations in the Sacramento region and Sierra.

Tap here to view the map.

One area shaded red is South Lake Tahoe. It shows the population is over 21,000 people. There are nine exits but it's at-risk because people take the main road about 48 percent of the time.

That's a concern for the fire department in South Lake Tahoe. They recently created an interactive emergency preparedness map.

"These maps will allow families, residents, visitors to say 'gee if I live on this side of town, what's my primary way out, what's my secondary way out," said Interim Fire Chief Bruce Martin, South Lake Tahoe Fire Department.

Also, Plumas Lake is shaded red here because nearly 6,000 people live there with 6 exits and people taking the main road 62 percent of the time.