The Walker Fire is burning in the Plumas National Forest, about 11 miles east of Taylorsville, Calif. The fire is 5% contained. 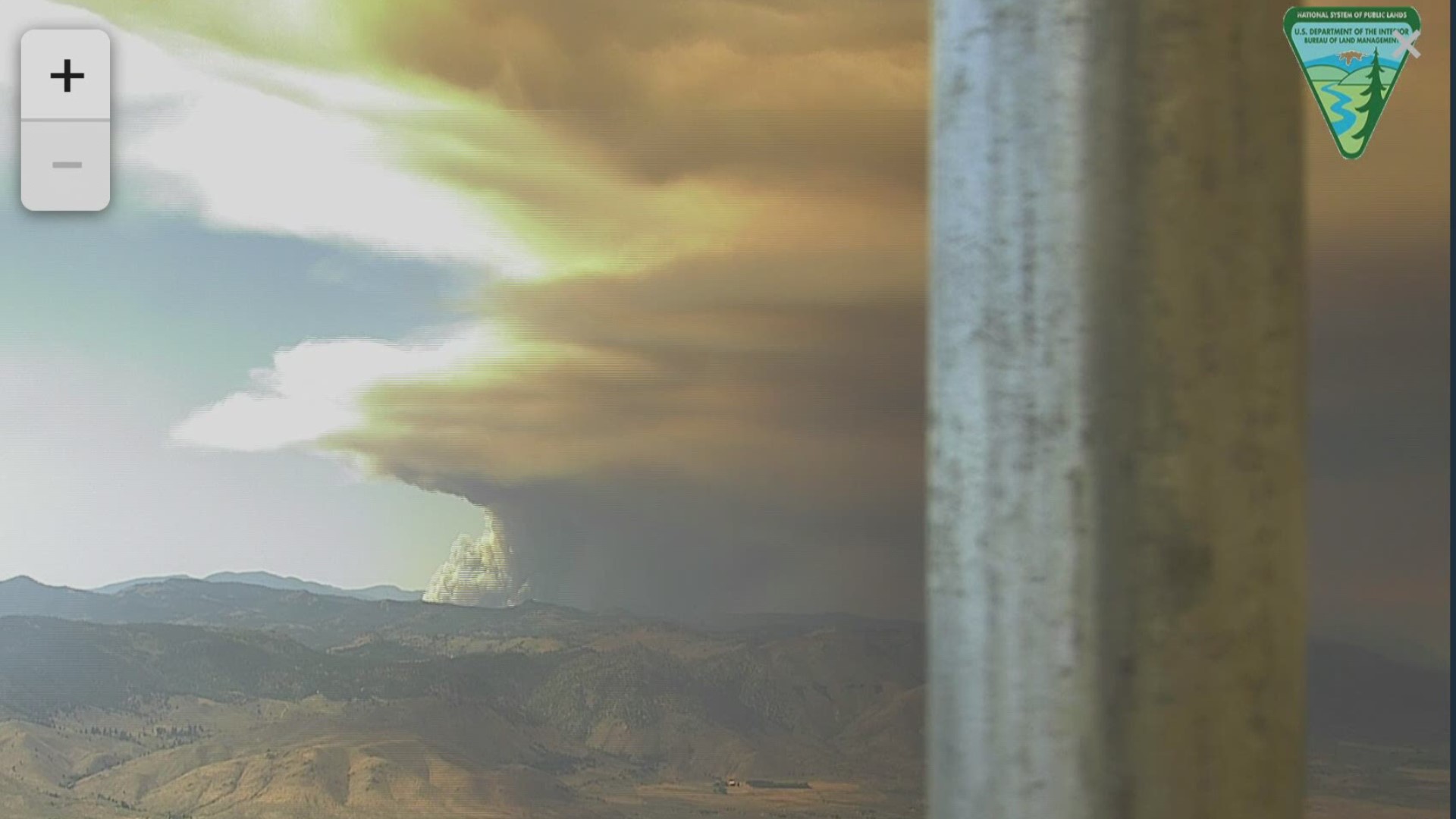 Firefighters have finally notched a level of containment on the Walker Fire that exploded in size on Friday and reached more 24,000 acres by Saturday.

On Saturday, cloud cover and less fuel helped the fire progress slower. Fuel started reducing as it made its way to the previously burned Antelope Fire area. The fire went north up to Wheeler's Peak drainage and east around the Antelope Fire scar reaching a mile and half south of Murdock Crossing.

Some help from the air was also able to help crews on the ground make a fireline along the southern edge of the fire - something crews intend to advance around the fire Saturday evening.

Air tankers had been dropping up to 10,000 gallons of retardant to slow the fire's spread northeast and on the western flank in the Wheeler Peak drainage.

As the fire fight continues into the night, crews will be working on securing the 25N42 road while other crews look for places to make containment lines along the fire's edge and other areas which could have a high probability of containing the fire.

Current evacuation orders from the Plumas County Sheriff's Office include:

If people need accommodations, they can head to the Quincy area and contact the sheriff's office.

Firefighters are battling a large wildfire in Northern California. The Walker Fire is burning in the Plumas National Forest east of Quincy and about 11 miles east of Taylorsville, California.

The fire started early Wednesday morning on Sept. 4 and continues to grow — going from 17, 912 acres on Friday night to 24, 040 by Saturday morning, according to U.S. Forest Service for Plumas National Forest officials. The fire is 0% contained, but no structures have been lost.

Friday night fire activity decreased, forest officials said, slowly backing down towards the 25N42 road where firefighters were able to engage and hold the fire east of it. The fire progressed to the northeast to the area of Babcock Peak.

On Saturday more ground and air resources, including VLATS (Very Large Air Tankers), will assist in suppression efforts and crews will construct containment line along the edge of the fire where possible.

Residents in need of accommodations can head to the Quincy area and can contact the sheriff’s office if help is needed.

The cause of the fire is still under investigation.

The Plumas County Sherriff’s Office ordered mandatory evacuations for the areas below. All are as of 9 a.m. on Saturday, Sept. 7.