The Siskiyou County Sheriff's evacuation orders remain in place, though some Lake Shastina residents were able to return home. 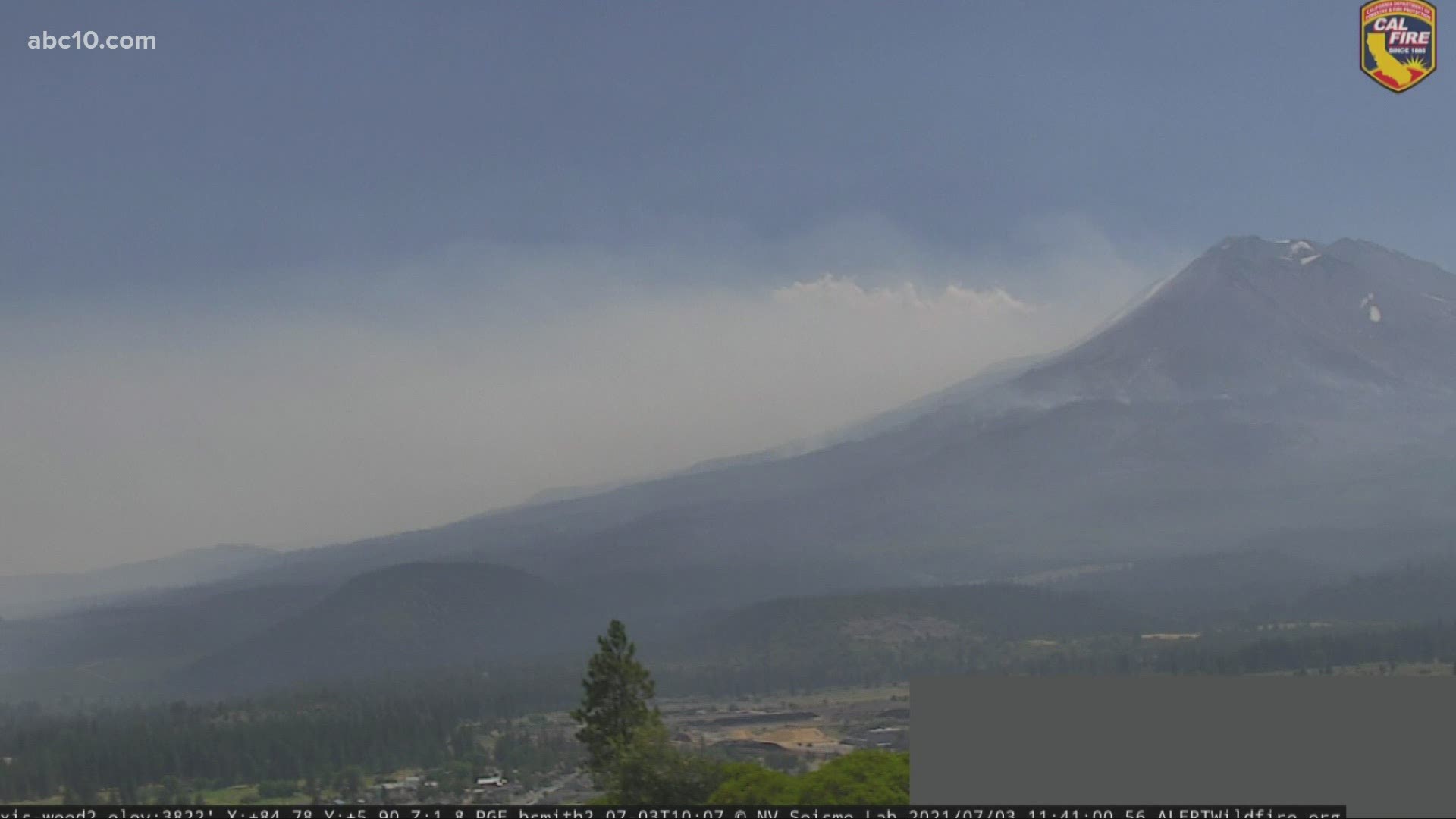 The fire has reached 24,752 acres and is 39% contained, according to the latest update from Shasta-Trinity National Forest.

"The Lava Fire has stayed mostly within its footprint since yesterday’s update, with very little new growth," a spokesperson with Shasta-Trinity National Forest said in the news release.

Hot and dry conditions persist in the area, and firefighters are preparing for potential windy thunderstorms. A dry lightning strike is suspected of setting the so-called Lava Fire near Mount Shasta, so fire crews are also looking to for any further lightning that could create new flareups.

With the Fourth of July here, firefighters battling the destructive blazes across Northern California are looking to visitors at national and state forest campsites to be aware that untended campfires or a misplaced spark could set new blazes. At the same time, Cal Fire is urging people to only use Safe and Sane fireworks when celebrating the holiday. Authorities also say a dragging trailer chain or hot car exhaust could set alight bone-dry brush and grass.

14 arrested for entering and refusing to leave an evacuation zone

On June 30, the Siskiyou County Sheriff's Office arrested 14 people after they entered and refused to leave the Lava Fire evacuation zone around the Mount Shasta Vista Subdivision.

One person who was arrested allegedly pushed a county employee with a vehicle and then ran a roadblock.

The sheriff's office did not say whether the 14 people trying to enter the area were residents of the subdivision, but did say that the actions of these individuals "can slow down the progress for full fire containment and interferes with safety measures."

WATCH MORE: What hikers need to know to stay safe amid wildfire season