California's wildfire budget has grown to $3.4 billion from just $800 million in 2005. But most of that money has been spent on putting fires out. 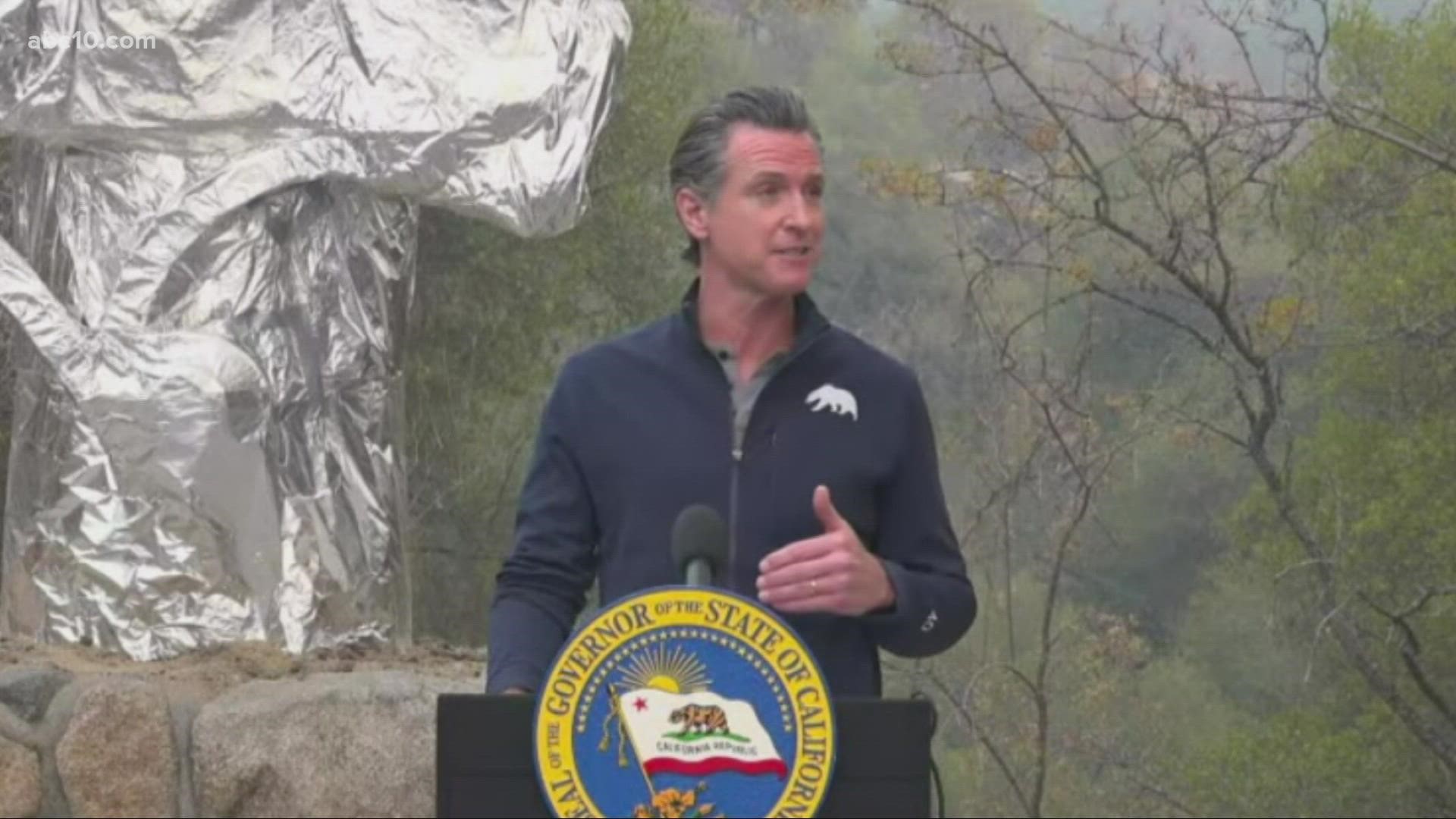 SACRAMENTO, Calif. — California Gov. Gavin Newsom has approved nearly $1 billion in new spending to prevent wildfires that are getting bigger and more destructive from climate change.

Newsom approved the spending on Wednesday while visiting Sequoia National Park. The park contains some of the world's largest and oldest trees that have been threatened by a recent wildfire.

Newsom signed the Drought Resilient Communities Act which is expected to enhance drought preparedness in small and rural communities across that state that is highly impacted by drought. The bill was introduced by California Senate Majority Leader Hertzberg.

The bill would require a handful of small water suppliers to enact a couple of initiatives including, but not limited to, to develop and maintain an abridged Water Shortage Contingency Plan that includes specified drought-planning elements, to add drought planning elements to its emergency notification or response plan and submit the plan to the state board and to report annually specified water supply condition information to the state board through the state board’s Electronic Annual Reporting System or other reporting tools, as directed by the state board. These initiatives are required to be put in place no later than July 1, 2023.

“Today (Wednesday) our state is reaffirming in the clearest possible terms: access to clean water is a human right,” Majority Leader Hertzberg said in a press release. “That right is all the more vital in the midst of historic drought. The impacts of climate crises threaten the livelihoods of countless California families across our state and the Governor’s action today (Wednesday) in signing this bill delivers on our promise to keep clean water flowing to our most vulnerable communities.”

"The truth is, we are beyond the place where a $15 billion package is enough, and we are beyond a place where adaptation strategies are enough," Creasman said. "The only way that we get out of this climate crisis is to stop polluting, stop burning fossil fuels, to lower carbon emissions."

California's wildfire budget has grown to $3.4 billion from just $800 million in 2005. But most of that money has been spent on putting fires out. California's $1.5 billion total wildfire prevention budget this year will pay for things like clearing brush and dead trees that act as kindling for large fires.