Gov. Gavin Newsom (D-California) says the option of a government takeover of PG&E is "on the table," but declined to specify what would trigger such a move. 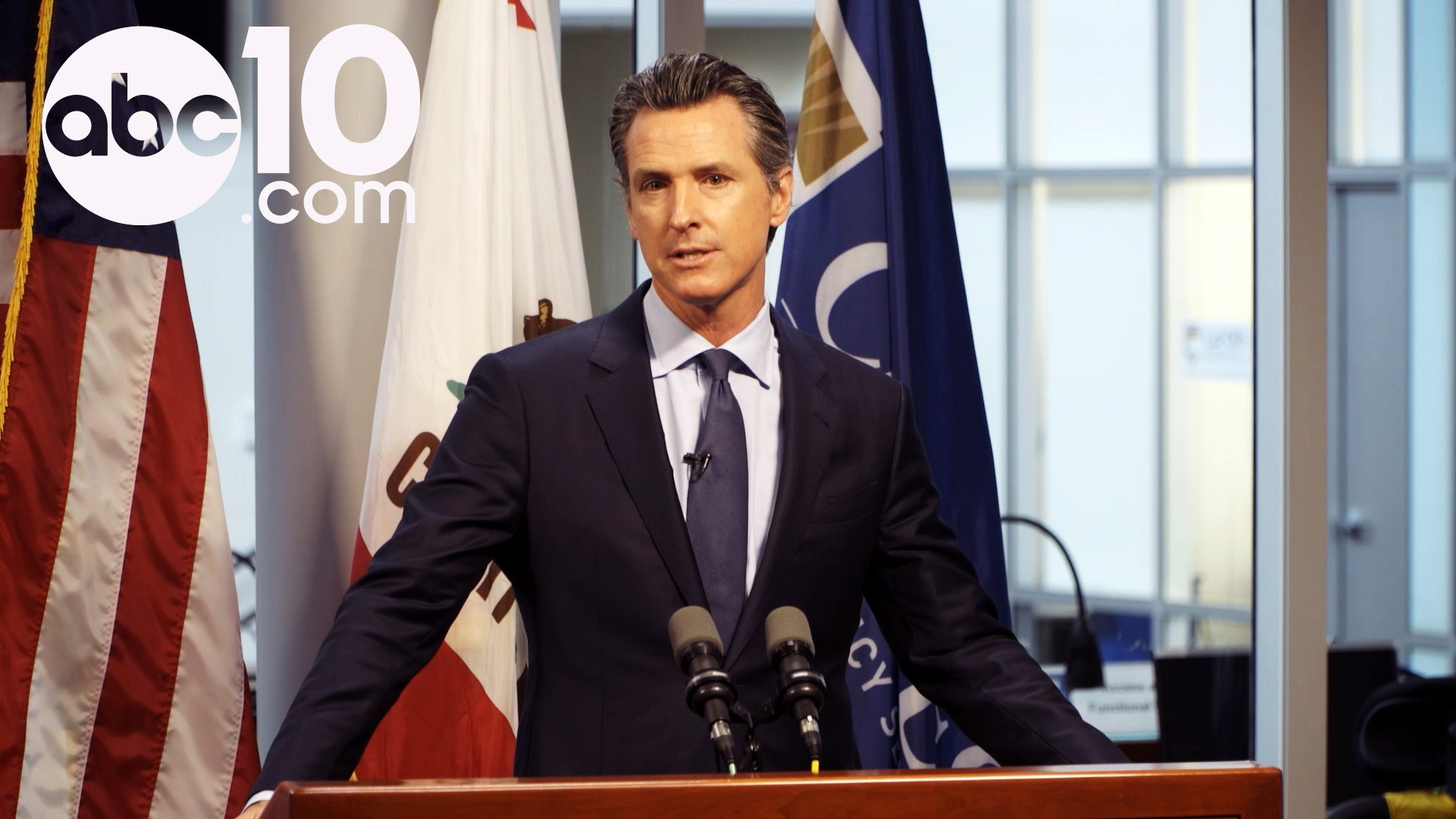 SACRAMENTO, Calif. — Gov. Gavin Newsom (D-California) announced that he will not rule out the possibility of a government takeover of the Pacific Gas and Electric Company (PG&E), an idea first proposed as an option by state regulators the month before Newsom took office.

"All options with PG&E are on the table," Newsom said at a news conference to announce his strike force's report on the runaway cost of wildfires.

Regulators, judges, and governors have tried to get PG&E to improve its safety record and then watched as more deadly catastrophes struck.

PG&E has acknowledged that it will probably be found responsible for starting the deadliest wildfire in California history. Last year's Camp Fire killed 85 people when it almost entirely destroyed the town of Paradise and forced the evacuation of several surrounding communities.

That's on top of 17 fires that the state blames on PG&E from the year before, with a total death toll of 22 people.

The nation's largest utility brings power to 16 million people, which is 40 percent of California's population. The company enjoys a monopoly that covers an area the size of Oklahoma, stretching from Bakersfield all the way North to the Oregon border.

Newsom made it clear that a takeover is the government's big stick: "You'll look at the report and there's a word that drives shivers up peoples' spines. I'll give it to you: It's called 'municipalization."

That would mean breaking part or all of PG&E down into smaller government-run power districts, the same kind of structure as the Sacramento Municipal Utility District.

While the threat of a government takeover already has PG&E's attention since regulators suggested it as a possibility last year, the company knows that a forced takeover is extremely unlikely to happen.

California constitution requires the government to pay fair market value for property it seizes through eminent domain. PG&E's power lines, power plants, and other infrastructure are worth tens of millions of dollars that the state doesn't just have lying around to spend.

The governor's new report does not, in fact, call for a government takeover. It merely suggests that the option needs to be kept on the table in case the company doesn't improve its operation.

In the same event, the governor also handed PG&E a political victory by announcing his support of softening state liability laws for utility companies, something that PG&E and its fellow investor-owned utilities in California have made a top lobbying priority in recent years.

Pointing to a chart that shows a dramatic increase in the cost of California wildfires the last two years, the governor said the problem is so expensive that everyone in California will have to pay to address it.

"The jaw-dropping costs, you can see the graph here. $20, $25 billion a year in related costs of these wildfires, so who the heck's gonna pay for that?" Newsom asked rhetorically. "We all have a burden and a responsibility to assume the costs."

When asked whether he plans to establish a trigger that would set in motion something as extreme as a government takeover of the nation's largest electric company, the governor declined to offer any specifics.

"No," Newsom answered. "It's in [PG&E's] interest at this stage to wake up to the new reality."

The idea that PG&E would improve safety out of self-interest has been relied upon before with devastating results.

GOVERNMENT HAS LONG STRUGGLED TO PUNISH PG&E INTO BETTER BEHAVIOR

The company has paid billions of dollars in fines and is currently on probation as part of its sentence of committing six federal felonies, including obstruction of justice for misleading federal investigators after the 2010 San Bruno gas explosion.

The judge handling the case has repeatedly expressed his frustration at the company's ongoing safety problems, noting that "a corporation cannot go to prison."

Judge William Alsup recently offered the most tangible punishment since the Camp Fire by modifying the company's terms of probation to require better compliance with state fire safety laws and ban the company from paying out any shareholder dividends until the court is satisfied with the results.

The judge noted that the company issued more than $4 billion of its profits to shareholders, arguing the company should have spent some of that money on trimming trees that could start fires and improving the safety of its electric lines.

That punishment came in response to a probation violation by PG&E. The company failed to alert its probation officer that it paid Butte County $1.5 million to avoid criminal prosecution for breaking state safety laws in starting the 2017 Honey Fire.

A month after the settlement, the Camp Fire burned.

Judge Alsup also criticized the company's political spending. The company maintains a lobbying presence at both the state Capitol and the state public utilities commission. It also regularly makes political donations to both major political parties. State records show that PG&E gave more than $200,000 to Gov. Newsom's allies and his election campaign.

The governor did make one announcement Friday that will make PG&E happy. He announced his support for changing a California legal doctrine called "inverse condemnation," which comes from the state constitution's requirement to pay people when the government takes property through eminent domain.

California courts have ruled that utilities with legal monopolies are essentially acting as the government. Much the way that the state would need to pay you fair market value for your house if they want to demolish it to build a highway, the power companies have to do the same if they burn it down as part of doing business, whether they are negligent or not in causing the fire.

Gov. Jerry Brown, Newsom's predecessor, tried and failed to change this law. Newsom hasn't proposed specific legislation yet, but his report calls for a "fault-based" standard to determine when companies have to pay for starting fires.

Newsom also pointed out that PG&E recently named a new CEO and nominated a slate of new board members to guide the company through its pending Chapter 11 bankruptcy reorganization.

The governor was highly critical of the slate of new board members the company chose but says he hopes they'll do better than he expects.

"We gotta give these folks a chance. They do the right thing, then this is all gonna be made a lot easier. If they don't, all options are on the table," Newsom said.

Asked Friday whether anybody from PG&E should go to jail, the governor declined to answer.

"That's above my pay grade at this stage," Newsom said. "I just came back from El Salvador. Politicians [there] often determine that. I don't know that that's the best approach to justice."