According to Butte County Sheriff, there are 15 people who died in the North Complex West Zone fire. 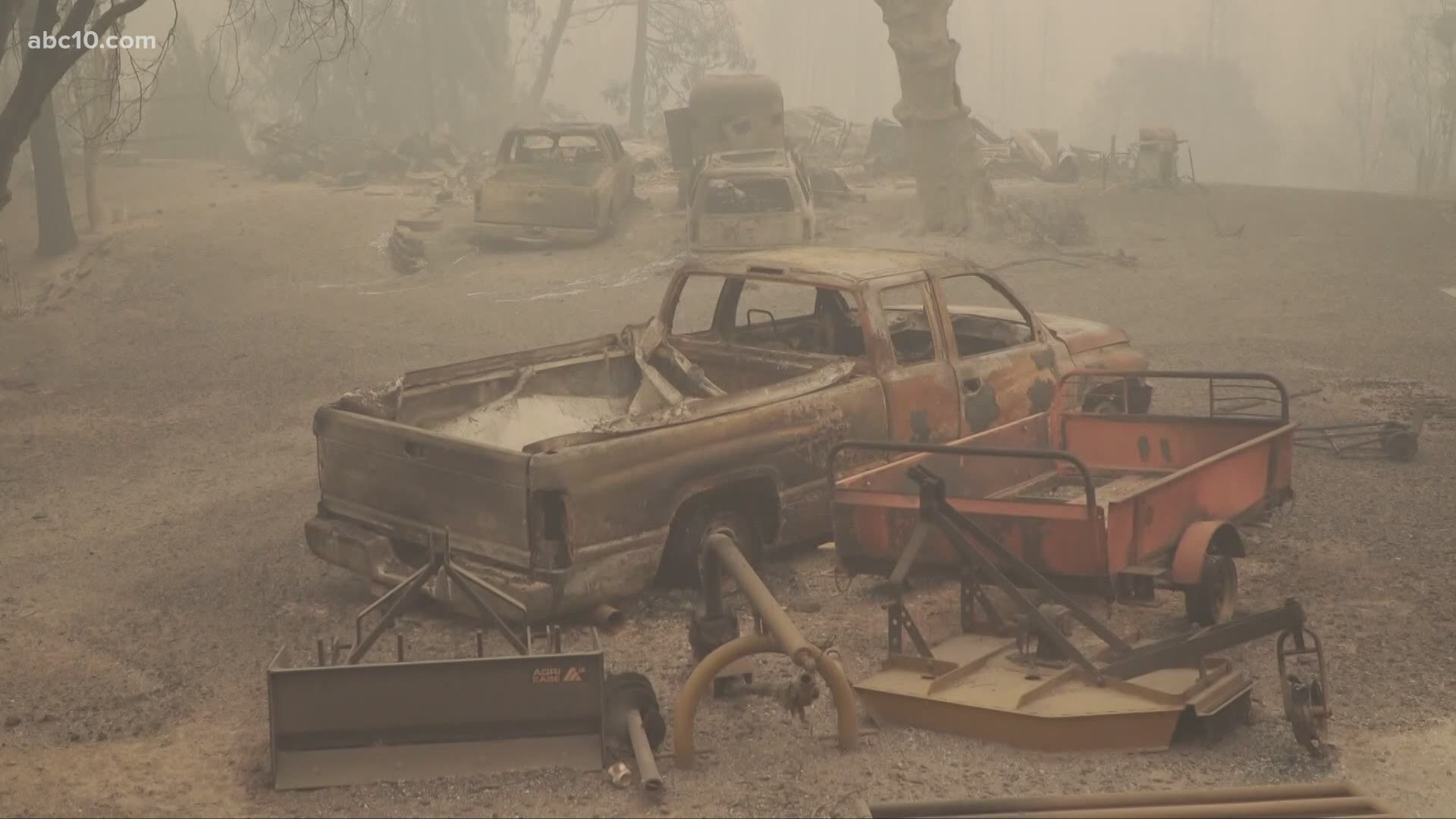 Those individuals were identified as the following:

As of publication, there are are a total of 15 people who died from the North Complex fire.

#NorthComplexWestZone [update] Map and Incident update, plus update from the Plumas National Forest of the whole #NorthComplex. Click here to see the entire updates: https://t.co/EAkEzip5w8 pic.twitter.com/H7Rux50jrp

Another evacuation order for the North Complex West Zone fire burning in Butte County has been downgraded.

Authorities say residents may return to their homes, but should also be on the ready to evacuate again should the situation call for it.

A map and a list of the areas that remain under Evacuation Orders and Evacuation Warnings can be found by visiting https://t.co/OM08mbY26o. #ButteSheriff #NorthComplexWestZone pic.twitter.com/yPszM7ILsv

With distance learning disrupted for many school-aged children in Butte County, the county office of education has compiled a number of resources to help those affected by the wildfire.

These resources include mental health, food relief, and housing and shelter.

We have compiled a list of resources to assist our #ButteCounty families during this difficult time. Click the link below to view the full list: https://t.co/OYhWi6FCGQ #ButteCOE #ButteSchoolsStrong #ButteStrong pic.twitter.com/nhNAxCc2Ew

The IT Team at Butte County Office of Educations has been working hard behind the scenes across  to ensure that students & teachers have support to continue distance learning.

Meanwhile, another good resource, the Oroville branch of the Butte Public Library, is open for limited services and with social distancing measures in place.

The North Complex Fire sits at 269,358 acres and is 32% contained, despite morning reports saying the containment was at 39%.

The West Zone, formerly known as the Bear Fire, holds steady at 76,900 acres and 20% containment.

Even as some evacuation warning were lifted this morning and people return to their residences, the fire continues to grow.

Butte County has put out guidance on safely returning to homes and properties that have been affected by the wildfires.

When returning to areas that have been impacted by the fire, it is important to use caution. Please review this...

People are asked to be mindful that these areas are still dangerous. There could still be burning embers and ash, fallen debris, and unstable structures. Residents should not try to remove any debris or ash as this can be harmful. The county also offers some tips on food and water safety.

Six people have been arrested on Tuesday in the Bear Fire evacuation zone, says the Butte County Sheriff's Office in a press release.

Guadalupe Garcia, 42, Guadalupe Garcia Jr., 22, William Peterson, 61, and Anthony Gannett have been booked in the Coutny jail for trespassing in an evacuation zone and conspiracy. The four men were reportedly planning to cultivate and sell cannabis. Gannett, who is from Berry Creek, also had a previous arrest warrant and was in possession of methamphetamine.

Cristian Ayala, 32, and Burt Floyd, 50, both of Lincoln, were arrested for trespassing in an evacuation zone. All six individuals are schedule to appear in court on Sept. 17.

The men were caught after an evacuated North Complex West Zone survivor checked his home surveillance cameras from an offsite location and discovered someone tresspassing on his property. That resident alerted the police immediately.

Two other people were arrested on Monday. Christina Lafayette, 33, and Robert Tramonte, 42, both of Forbestown were found in the evacuation zone after having unlawfully entered.

Residents affected by the North Complex wildfires may run into issues when voting. Butte County's Registrar of Voters Candace Grubbs has important information for those displaced because of the fires.

If you have temporarily moved by plan to return, you can still use your fire-affected property address for voting, but you must update your mailing address. The same goes for those who have not decided whether or not to move.

For displaced voters who do not plan to return, you must change your address to receive up-to-date election mail.

Here is how to get in contact with your local elections office:

Butte County Sheriff's Office will provide escorted access to areas impacted by fires in the North Complex West Zone. Though this program is not available yet, the Sheriff's office will notify the public when it begins.

At last nights community briefing, Sheriff Honea announced an upcoming program to provide escorted access to fire-impacted areas. This program is not available yet, @ButteSheriff will notify the public when it begins. Hear his report at 33:00 here: https://t.co/W7sRS5JNsW

The Sheriff's office hopes to get the program up and running by next week.

However, "firefighters, utility companies, they're still working to make sure some these areas are safe," said Sheriff Kory Honea. As such, requests to access areas that are still unsafe will not be accommodated.

"We do that for everyone's safety," Sheriff Honea said. "Not only yours, but the safety of our law enforcement officers, our firefighters, as well as the utility workers that are up there trying to get this place safe."

There has been some progress made on the North Complex Fire, as the strong winds and low humidity that were expected on Monday did not materialize, Cal Fire said. Those fire weather conditions are not expected to crop up in the next two days, either.

However, there is still potential for spread. Though challenges in the form of weather have been mitigated for now, fire crews are still struggling with rugged terrain. One firefighter was reportedly injured on Monday because of this difficulty.

Mandatory evacuation orders and advisories are still in place for Butte, Plumas, and Yuba Counties, though the evacuation order for Highway 162 from Forbestown Road north to the Bidwell Bar Bridge, to include the area on both sides of the roadway, has been reduced to a warning. More information on the area the warning encompasses can be found here.

Residents must use extreme caution when entering the area as there are significantly burned areas. Be extremely cautious of dead standing trees and other hazards in the area.#ButteSheriff #NorthComplexWestZone pic.twitter.com/s67utvhyXw

The identities of the victims are:

The lightning-started fire that has been burning since Aug. 17, 2020, currently sits at 39% containment and has since burned 264,565 acres. The North Complex West Zone, formerly the Bear Fire, has burned roughly 76,900 acres and is still only 20% contained. During Monday evening's Cal Fire report, Fire Behavior Analyst Jonathan Pangburn said Monday was a day with a fair amount of success. While there is always the potential for growth, he said the fire isn't expected to see any major growth in the West Zone.

As of Tuesday, Sept. 15, over 700 buildings have been destroyed, with an additional 40 damaged.

Click HERE to check the air quality near where you live.

Click HERE for the latest evacuation information from the Butte County Sheriff's Office.

Click HERE for the latest evacuation information from the Plumas County Sheriff's Office.

Click HERE for the latest evacuation information from the Yuba County Sheriff's Office.

Multiple roads in areas surrounding the fires are still closed.

How to check the air quality where you live