Pack strings can go where vehicles and even aircraft cannot, making these animals a unique resource. 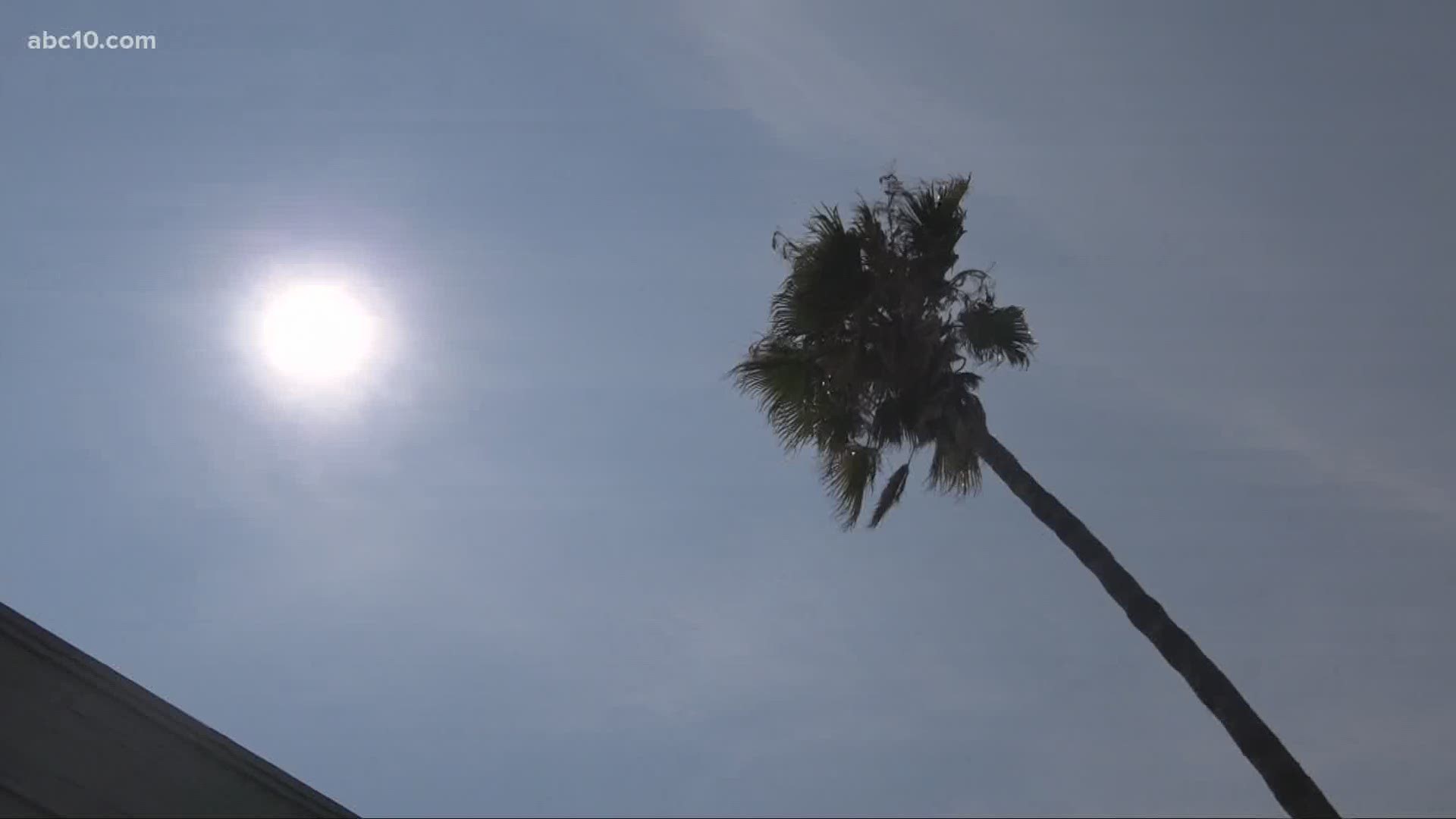 TULARE COUNTY, Calif. — There is no need to be mulish: pack mules have been used as a tool to help fight wildfires for many, many years, and they're doing a great job at it.

Pack mules have been used to fight the Castle Fire of the SQF Complex Fire in Sequoia and Inyo National Forests. The SQF Fire stands at 138,00 acres and 18% containment. So far, over 3,000 people have been evacuated, primarily from Tulare County.

Mike Cole, Deputy Public Information Officer for Northern Rockies Team 1, says mules have been used to help with wildfires since the forest service began and even likely before then.

"They’re sturdier than a horse for packing. They're more stubborn than a horse. So you have to know each mule's little oddities," Cole said.

A mule with oddities? In a pack string, it's more common than you think.

"The packers know all the ins and outs and the personalities of these individual mules and they treat them accordingly," Cole said.

"When [Sequoia National Forest] first contacted us, they knew that most of the pack strings were already tied up in fires in the region," Roeser said. "So, they knew they wanted to grab us if we were available. At the beginning, they weren't even sure what/where they need us for, but they knew they were gonna need us."

For much their long and distinguished careers in the forest service (47 years for Morse and 20 for Roeser), the two have been working with mules. Roeser says that as a packer, it's easy to get attached to the animals. Roeser also says it's "all names and all personalities" with the mules.

Amy, Abby, Holly, Marcy, Kate, Sassy, Jazz, Jethro, Spot, Joey, Biscuit, and Dutch are just some of the mules that lent a helping hoof to the Castle Fire. A lot of them are girl mules, which Roeser and Morse say comes down to "disposition."

The male mules are "kind of like a bunch of teenage boys," according to Roeser, and Morse agrees.

"Boy mules seem to like to play more and, you know, kind of play with each other and just being mischievous a little bit," Morse said. "I guess in that sense they're curious. They sometimes will walk up the trail just to look at something or do something, where the girl mules, the molly mules, they tend to be all business."

In other words, the molly mules get the job done.

"When they get on the job and they're packing and they're being used, they tend to just stay focused, go down the trail, carrying their loads," Morse said. "And that's how they work all day. And in a fire setting and situation like that, it's really nice to have that consistency when you're going up and down the trail, depending on not knowing always the geographical area you're gonna be working in either."

Making sure the packers have the best team on the line when it comes to pack strings is most important. After all, this is not just a fun jaunt down a forest trail. These mules are helping to fight wildfires.

In areas that can only be accessed by foot, the mules are invaluable for bringing in resources. In the Castle Fire, one of the main tasks that Roeser's pack string completed was dropping hose every 200 feet for the firefighters to then build the hose lay.

Another job involved bringing in health supplies and hauling other materials to the firefighters.

Because the pack strings are slow-moving, and because one stubborn mule can hold up the line, the packers are very careful to not put the animals in danger.

"We're real cautious," Roeser said. "The mules in our world, the mules kinda come first…We're not going to put them in jeopardy."

The packers also do an annual training session at Mann Ranch in Bishop, Calif. with firefighters to teach them how to interact with the mules.

See, the mules' job is clear: they get into the nooks and crannies where machinery can't go and bring supplies and equipment to the fire lines. As such, it is the fire crews who need to be incorporated into the pack strings' operations.

According to Morse, there is a minimum of one Type 1 firefighter that comes along with each pack string for added safety. This way, the firefighter is the lookout, the informant, and the communicator, while packers like Morse and Roeser can focus on the safety of the animals.

"Because when you're packing, you're pretty engaged in what you're doing—focused on the individual animal, putting the loads on, taking them off, making sure they all fit right, making sure they can go for a long day. It could be up to 20 miles a day if they have to travel for 12 hours."

For those forest services that know how the pack mules work, the service is in high demand. Morse says they've had a relationship with Sequoia National Forest for the last 15 years, and do annual training sessions with them.

However, Morse says they "wish more fire personnel would know about" the pack strings and their abilities when it comes to helping with wildfires.

"The helicopters may not be available. They may not be able to fly, but they don't go the extra step of thinking 'hey, what about a string of mules?' Because a lot of times we are on fires and it's something we're constantly trying to get out to the fire personnel and to the public, that, 'Hey, we're a viable option for them to use us.' And if they just get us on the fire, once we're there, we can help teach them on what they can do with us," Morse said.