Middletown was nearly destroyed in the 2015 Valley Fire. So, when residents had to evacuate for the rapidly-growing Kincade Fire, it was an ominous feeling. 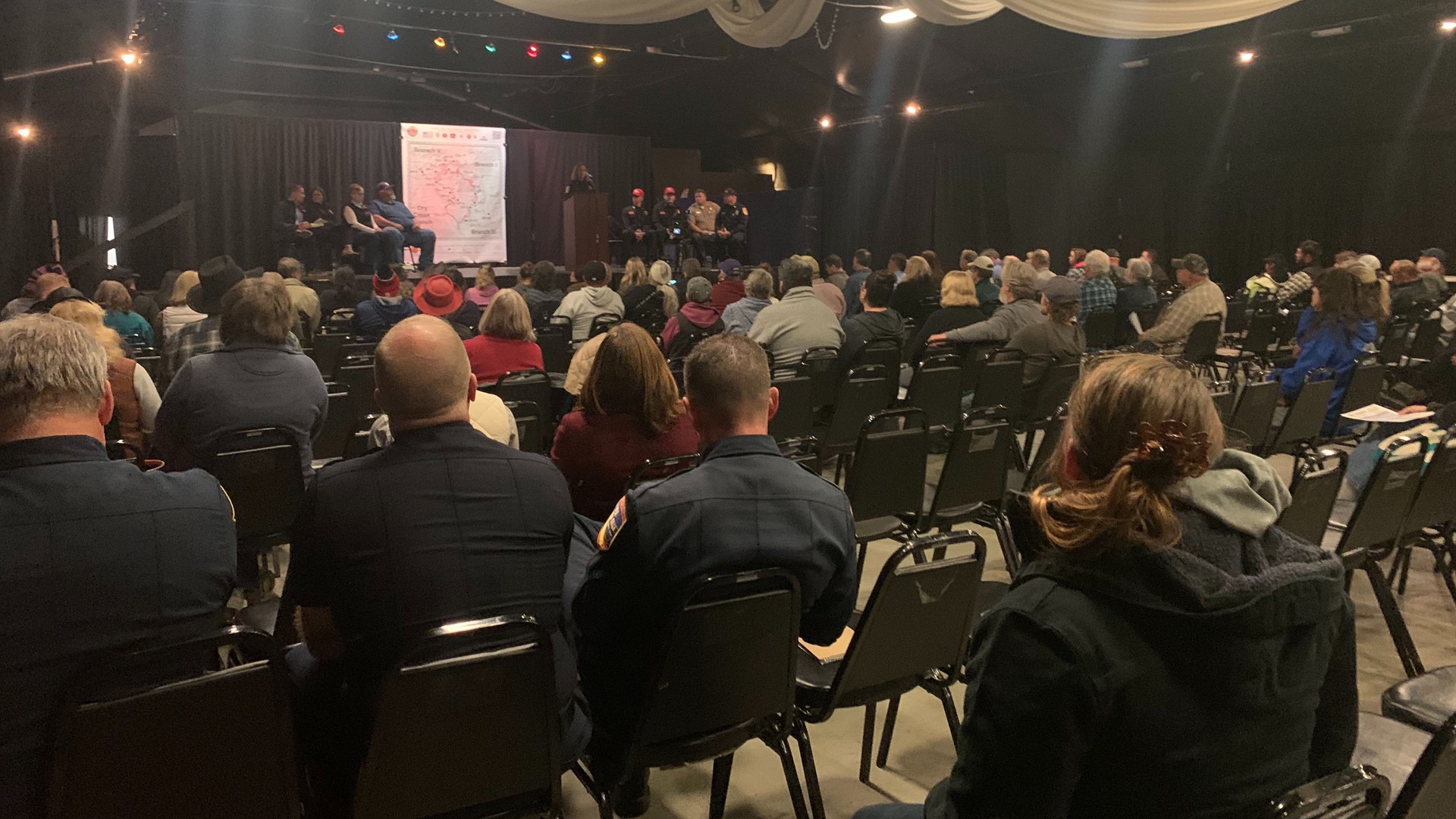 MIDDLETOWN, California — Middletown was nearly destroyed in the 2015 Valley Fire. Lanie Breazeale told ABC10 she lost her home in the fire. So, when residents had to evacuate for the rapidly-growing Kincade Fire, it was an ominous feeling.

Breazeale lost everything in her home during the Valley Fire. Many others did too.

“You think you’re over something and then all the old things come back, and this happens,” Breazeale said. “It can be pretty tough.”

Breazeale left her home as the Kincade Fire spread. On Wednesday morning after a night of high winds. many residents soon discovered that Middletown was spared.

A community meeting was held in the town Wednesday night. Some came for information and others came to say “thank you.”

“Lives have been saved and these guys have been working diligently and working hard 24/7 to get this under control,” said Barbara Collins.

Her two sons are firefighters and she’s grateful for what they all do every day.

“They were just really kicking it out and I’m proud of each and every one of them,” Collins said. “Not just my son but every one of these guys. They’re tired. They’ve worked hard.”

Many are realizing how fortunate they are, thinking about the others not as lucky and how long it’ll be before they’ll have to leave again.

“It’s hard to explain because we went through this with the valley Fire, too, and all the other fires with the consecutive years,” Breazeale said. “You kind of get used to it but you’re just on the edge.”