The judge handling PG&E's criminal punishment demanded to know whether the company was in "full" compliance with its probation. 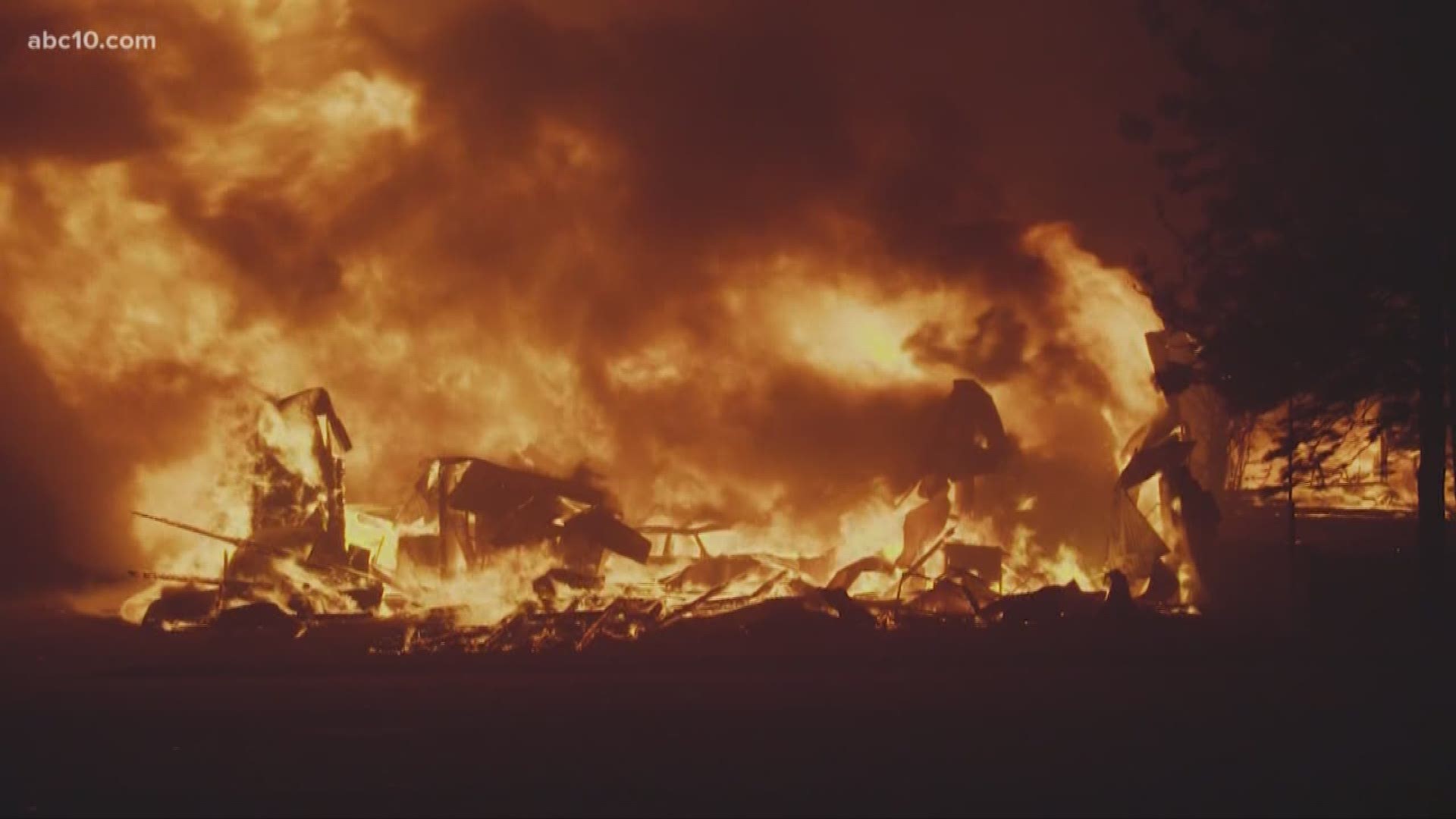 SAN FRANCISCO, Calif — The Pacific Gas and Electric Company admitted in criminal court Wednesday that it did not fully meet the requirements of its probation, setting the stage for the possibility of additional punishment by a federal judge.

The company said that it fell short of several targets for wildfire safety work and that it can't guarantee all trees are trimmed far enough from power lines to comply with state laws.

PG&E was given the maximum punishment of five years probation in 2017 after a jury found the company guilty of six felonies tied to the San Bruno gas explosion. That disaster killed eight people in 2010.

Since then, at least 109 people have died in wildfires blamed on PG&E power lines, prompting the judge to supervise the company's electrical work.

As punishment, he ordered the company to send its executives on a field trip to Paradise, including the company's latest CEO Bill Johnson. Alsup also imposed new probation terms after that violation, ordering PG&E to "fully comply" with state laws and regulations requiring trees to be cut back from power lines.

The judge also ordered that “PG&E must fully comply with the specific targets and metrics set forth in its wildfire mitigation plan," a document that the company filed with state regulators.

PG&E said it made "significant progress," but fell short of several targets.

But the company pointed out "there was not a single utility-caused wildfire in its service territory that led to a loss of life."

PG&E told the judge Wednesday that it failed to meet seven of the 53 specific targets that it set in the wildfire plan, including the thoroughness and quality of its wildfire safety inspections of power lines, its plan to re-energize power lines after planned blackouts, and the company's tree-trimming work.

PG&E said it only did 81 percent of the inspection work it committed to do to look for trees with potential to strike power lines.

Wildfire safety inspections took months longer than the deadlines set in PG&E's plan, though the company said it managed to get all of its power line inspections done by the end of 2019 and that it finished fixing "almost all" of the high-priority safety problems it found.

The company also told the judge that only 60 percent of the work to trim and cut trees met the company's quality standards and had to be re-worked. PG&E said it redid the tree-trimming work along 1,500 miles of power lines in high fire threat zones and that a 230-mile sample afterward found that 98 percent of the work was done properly.

PG&E also admitted that it didn't follow its own plan for turning the power back on after the 2019 blackouts, deciding to scale back patrols to look for damage. The company's plan called for patrolling all power lines that were turned off, but the company modified the procedure so that it didn't have to patrol "secondary" lines that lost power when others were turned off in the name of fire prevention.

When it comes to certifying full compliance with state laws and regulations that require trees to be cut away from power lines, PG&E repeated its position that the job is impossible.

"PG&E is unable to certify that it is in perfect compliance with all applicable regulations at any specific point in time, including the time of this submission," the company wrote.

PG&E told the judge there are "tens of millions of trees" in its service area, which is roughly the size of Oklahoma. The company said it's "unable to monitor every tree that could contact its lines at every moment."

"Perfect compliance would require nothing less than round-the-clock surveillance of all trees within striking distance of PG&E’s equipment to identify and abate any hazard as soon as it arises," the company told the judge.

The judge has taken a dim view of this position before. In his order demanding these answers, the judge told PG&E to "file a statement stating whether PG&E is in full compliance (not substantial compliance) with the above stated conditions," choosing to underline the word "full."

What the judge plans to do with PG&E's answers remains to be seen.

After the 2018 Camp Fire, Alsup held hearings to decide on new terms of probation for PG&E. He's also explored the possibility of adding more time to PG&E's probation.

EDITOR'S NOTE: This article is part of the ABC10 Originals project FIRE - POWER - MONEY, a documentary series that breaks down California’s wildfire crisis into its core elements. In three episodes, we expose the reasons wildfires are deadlier than ever, how PG&E influences our politics despite felony convictions and being blamed for starting fires that killed 107 people, and what it’ll cost to pay for the damage and make California safer from fire.

If you are a California resident with a recent electric bill, we want to hear from you.

Using the form below, simply upload a PDF file of your electric bill. We’ll keep your address and identifying information confidential. If you prefer not to use the form, simply email your bill to reporter Brandon Rittiman, brittiman@abc10.com.