Lots of unknowns as PG&E plans to submit bankruptcy plan

PG&E's plan for exiting bankruptcy is expected Monday, despite not yet having a dollar figure for payouts to wildfire victims. 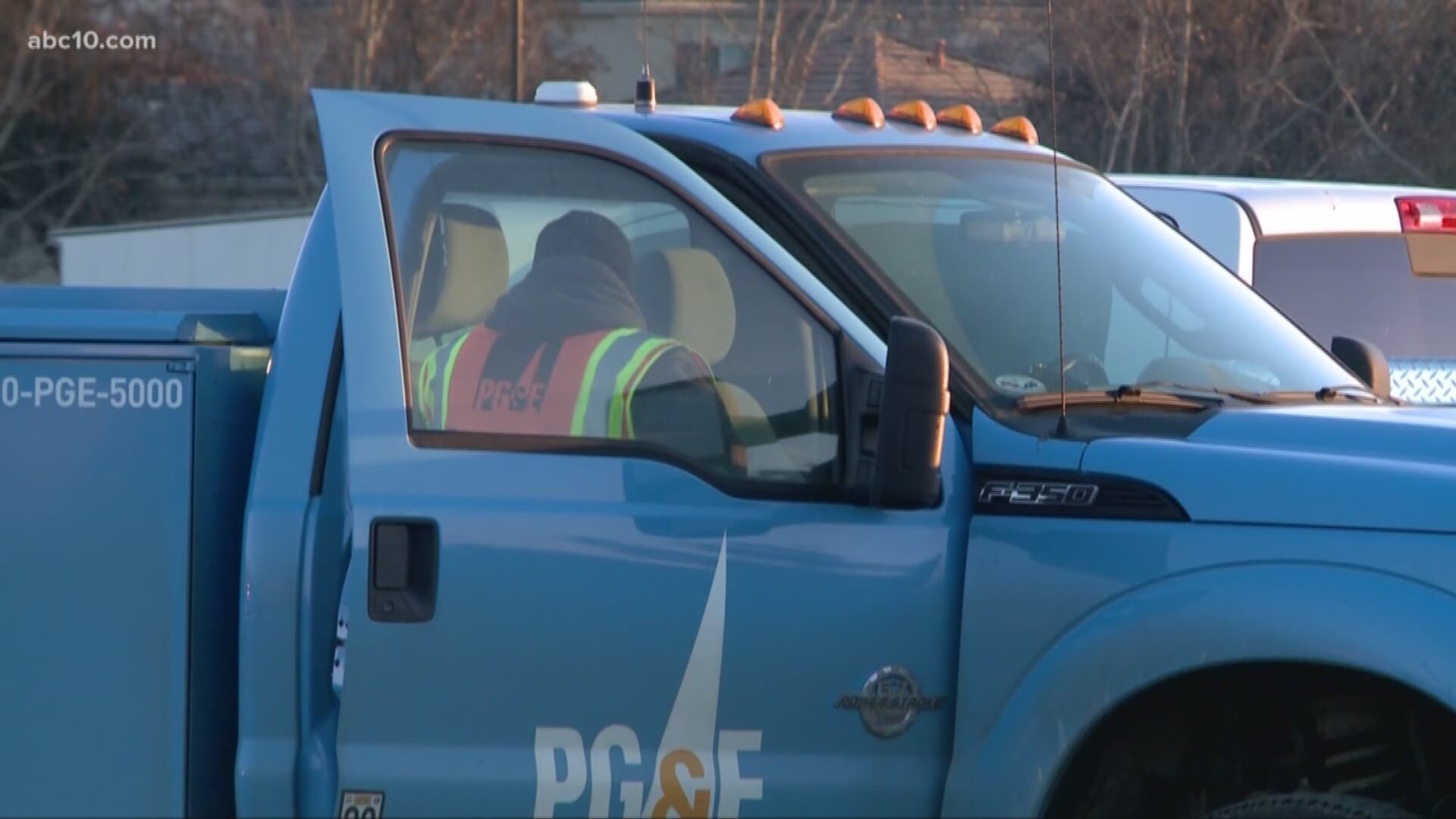 SAN FRANCISCO — On Monday, PG&E says it will submit its plan for getting out of bankruptcy.

This is a plan with a lot riding on it, not the least of which is compensation for the victims of wildfires that were started by PG&E's equipment.

In a statement to ABC10 this weekend, a PG&E spokesperson called the bankruptcy exit strategy one that’s “focused on compensating wildfire victims, protecting customer rates and putting PG&E on a path to be the energy company our customers need and deserve.”

PG&E filed for bankruptcy in January, and a company spokesperson pointed out that this case is among the “largest and most complex in U.S. history.”

In July, California legislators passed AB 1054, a law that would – among other things – establish a $21 billion pool of money that utilities can draw from in order to pay the claims of victims of future wildfires caused by their equipment. Half of the money in that pool will come from ratepayers and the other half will come from shareholders.

However, the law stipulates that in order for PG&E to tap into that wildfire liability fund, it must be out of bankruptcy proceedings by June 30, 2020. That’s a tight deadline for a case with so many moving parts.

For example, it’s still unknown how much money PG&E may have to pay to the victims of recent wildfires caused by the utility’s equipment. In coming months, a state court is set to hear a case regarding whether PG&E caused and is liable for damages resulting from the Tubbs fire, the largest of the 2017 North Bay fires. Cal Fire investigators have said private electrical equipment on private property caused that blaze, and PG&E agrees.

Even for the fires for which PG&E admits responsibility – including the other North Bay fires and 2018’s record-breaking Camp Fire –  the utility still needs to undergo a hearing to establish just how much money it may have to pay to victims, thousands of whom have submitted claims. At a recent bankruptcy court hearing, attorneys for PG&E argued that while the company is responsible for these fires, it is not liable for them, meaning they don’t think PG&E should be on the hook for the billions of dollars in claims filed by wildfire victims. All of the parties involved generally agree that settling the thousands of claims one-by-one would take years and be incredibly impractical and tedious, so the court also still needs to determine the process by which the total amount of claims will be estimated.

RELATED: How much does PG&E owe wildfire victims?

Further pressuring PG&E’s timeline are two different investor groups, each of which have already submitted a plan for how they think PG&E should go about emerging from bankruptcy. The judge overseeing this case – Dennis Montali – has decided that PG&E gets to maintain first crack at a reorganization plan, but that hasn’t kept the investor groups from breathing down the utility’s neck.

All of that said, PG&E’s much-anticipated plan for getting out of bankruptcy – which the utility says it will submit to Judge Montali on Monday – will offer a picture of the utility’s plan to move forward.

What is the plan's anticipated impact on ratepayers? How does PG&E account for a yet-unknown sum of money it may have to pay to wildfire victims? Does the plan offer any insight into stepped-up safety efforts to help prevent future wildfires? These are among the questions ABC10 will be looking to answer when the restructuring plan drops HERE on Monday.

Judge Montali will review the plan and decide whether to approve it.

Have any questions about PG&E’s plan to emerge from bankruptcy? Continue the conversation with Becca on Facebook.