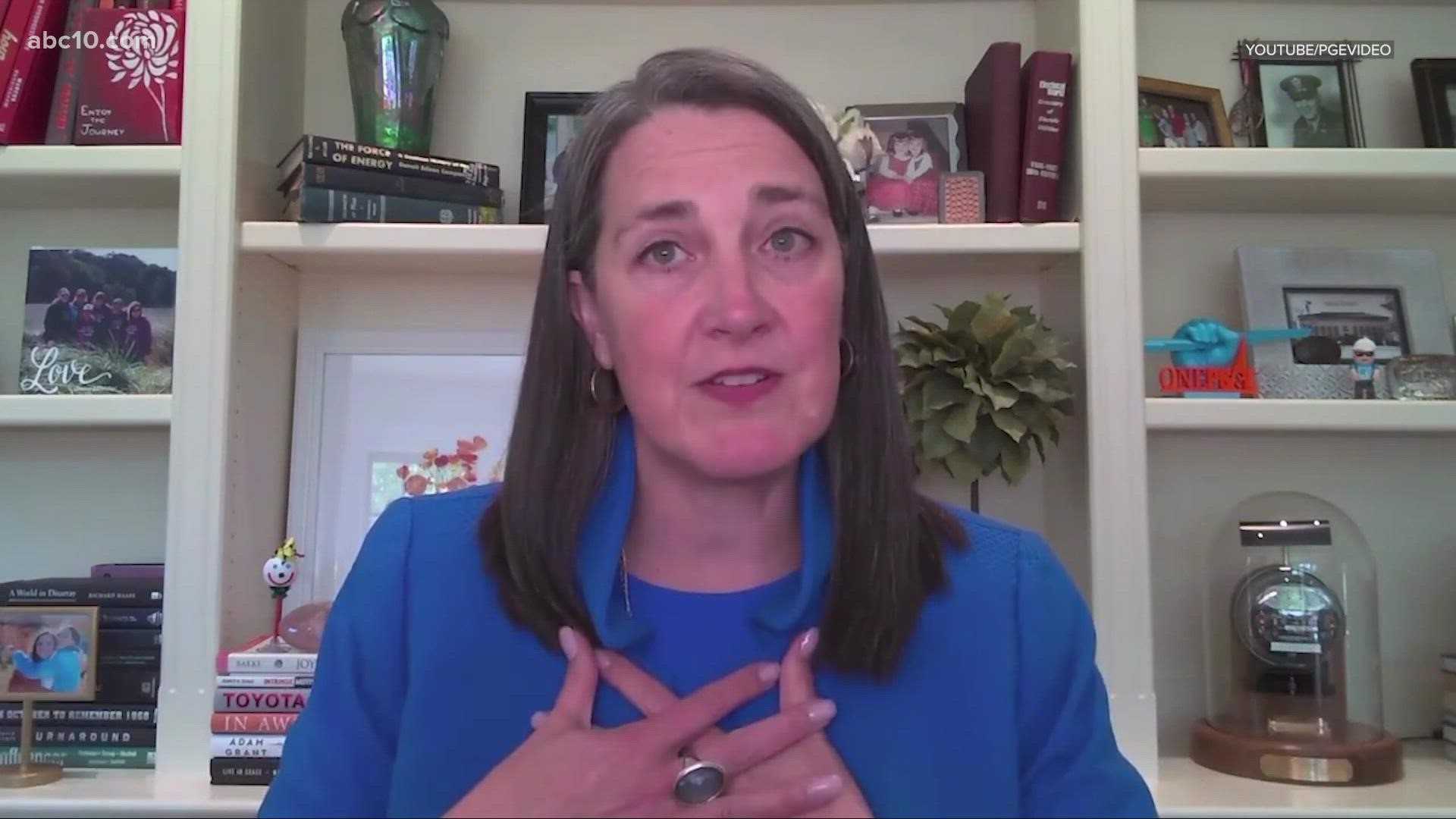 SACRAMENTO, Calif — When she took over as CEO of PG&E this year, Patti Poppe quickly promoted the “theme” she uses to brand her approach as an executive: “leading with love.”

It’s a slogan she’s promoted to state regulators, to business groups, and with a #LeadingWithLove hashtag on Twitter.

As a survivor of a wildfire blamed on PG&E power lines, Suzie Bewley isn’t feeling that love.

After tweeting Poppe a family photo and details of how her granddaughter and daughter-in-law died in last year’s Zogg Fire, Bewley got a response she didn’t see coming.

Poppe did not respond to email and Twitter messages asking why she blocked Bewley and how that action squares with her promise to "lead with love."

Credit: Suzie Bewley
This screen grab provided by Zogg Fire survivor Suzie Bewley shows that PG&E CEO Patti Poppe blocked her on Twitter in September 2021. Bewley had tweeted a family photo to Poppe. The photo showed her granddaughter Feyla McLeo and daughter-in-law Alaina Rowe McLeod, both of whom died in the 2020 Zogg Fire. Shasta County prosecutors say criminal charges will be filed against PG&E for the deaths.

Bewley says she took care not to use harsh or vulgar language when she responded to Poppe’s Sept. 1 tweet touting that PG&E had installed more weather stations since 2018 as part of the company’s plan to “make it right and make it safe” in wildfire country.

8-year-old Feyla McLeod burned to death last year in a pickup truck driven by her mother Alaina Rowe McLeod. The mother and child were trying to escape their home during the Zogg Fire.

The fire killed two others in the small Shasta County community of Igo.

Prosecutors are preparing criminal charges against PG&E for the four deaths.

If charged and convicted, they would not be PG&E’s first homicides.

The company pleaded guilty last year to 84 felony counts of involuntary manslaughter in the 2018 Camp Fire.

PG&E was already a convicted federal felon when it caused that fire, serving a five-year sentence of probation under the supervision of U.S. District Judge William Alsup.

PG&E has said it doesn’t believe criminal charges are “warranted” in the Zogg Fire, which Alsup says PG&E caused by committing safety violations.

California utilities have a legal duty to cut and trim trees that threaten power lines.

Alsup investigated the Zogg Fire and found that it was caused when a pine tree fell on a PG&E line. PG&E contractors had marked the tree as a safety hazard back in 2018, but the company never followed up to cut it down, the judge found.

Because Feyla and Alaina can’t speak anymore, Bewley feels compelled to give them a voice in hopes of preventing others from dying in preventable disasters.

“[Poppe] said since 2018 they’ve been doing this. The Zogg Fire was in 2020,” Bewley said. “My thing was if they were actually doing safety measures, then the Zogg Fire would have never started.”

Bewley replied to Poppe’s tweet with a family photo and the message: “All y’all had to do is cut 1 tree and these beautiful two angels Feyla and Alaina would still be here with our family.”

All y’all had to do is cut 1 tree and these beautiful two angels Feyla and Alaina would still be here with our family pic.twitter.com/LaUxaQk1rP

The next time she looked at Poppe’s twitter, she saw a screen that said “@poppepk blocked you,” informing her that she could no longer view the CEO’s tweets.

Even though Poppe didn't respond with words, Bewley says it communicated a clear message.

Asked if she had anything to say directly to Poppe, Bewley paused a moment with a disappointed look on her face.

GO DEEPER: This story is part of ABC10's FIRE - POWER - MONEY reporting project. If you have a tip that could reveal more about California's crisis with utilities and wildfires, please contact investigative reporter Brandon Rittiman at brittiman@abc10.com. 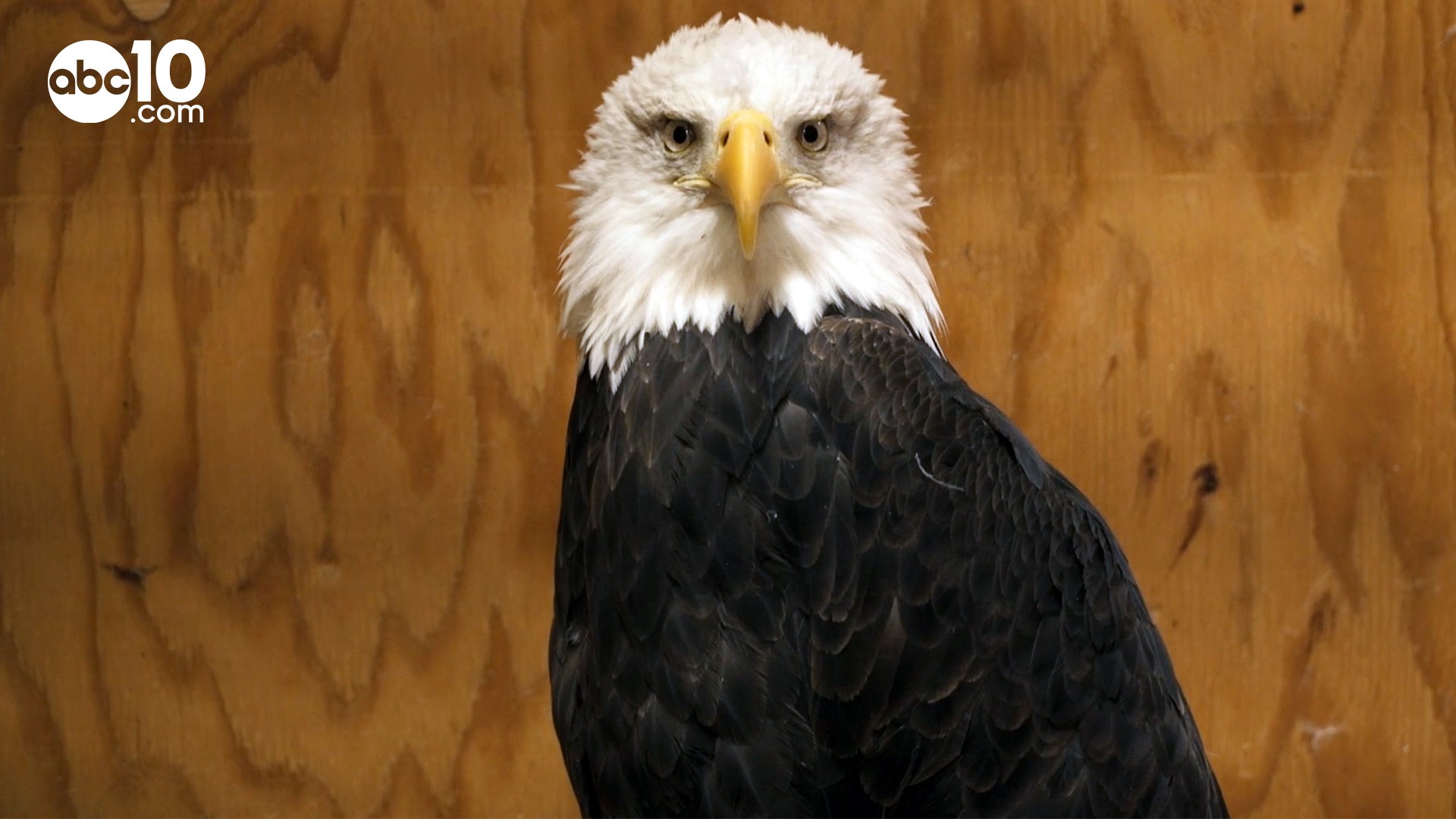