PG&E says a judge's proposed safety plan would require a five-fold increase in power rates to cover a cost of at least $75 billion. 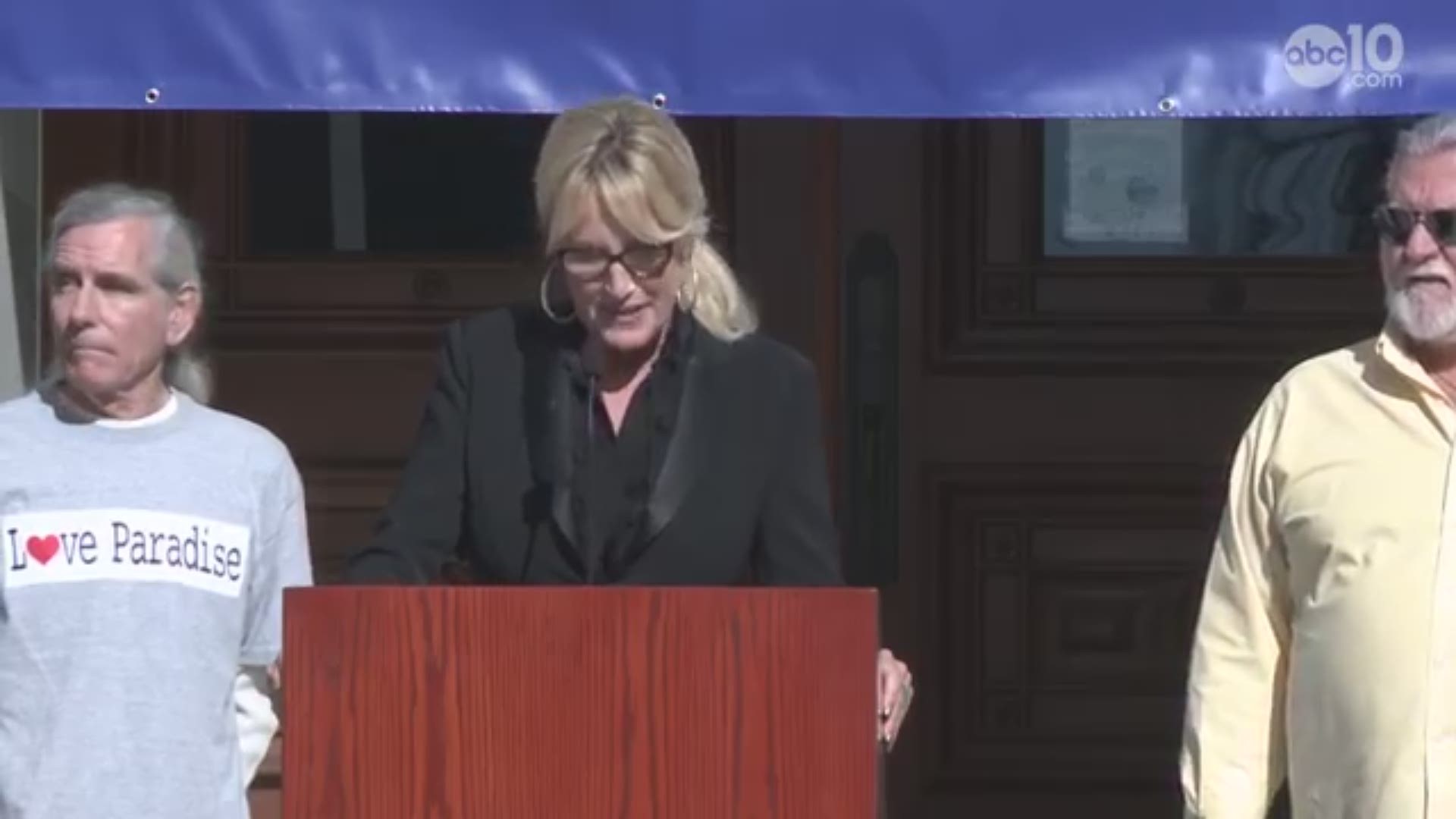 SAN FRANCISCO — PG&E told a federal judge Wednesday that a system-wide clearing of all trees that might touch its power lines would require at least a five-fold increase in power rates on millions of Northern Californians.

The company figures the job would cost at least $75 billion, a figure it called "oppressive."

PG&E and the prosecutors who worked to convict it of six federal felonies filed arguments with the court on Wednesday. Both sides cautioned against the judge’s proposed plan to modify the terms of PG&E’s five-year probation to reduce the number of fires caused by PG&E equipment to “zero” for the upcoming fire season.

The judge filed the proposal after the 2018 Camp Fire became the deadliest in California history, claiming 86 lives. The cause of the fire is still officially under investigation, though CAL FIRE says the fire began beneath a high-tension transmission line owned by PG&E and has seized some of the company’s equipment as part of the investigation.

Federal Judge William Alsup said earlier this month that he intends to order PG&E to trim or remove all trees that “could” make contact with power lines in high winds regardless of the current safe distances required by state rules and laws.

He also said he plans to order the company to re-inspect its entire power grid “in light of PG&E’s history of falsification of inspection reports,” have engineers certify a maximum safe windspeed for each section of the power grid, and shut off power whenever the wind blows faster than safety ratings allow.

Alsup set a hearing for January 30 to make his final decision about what new restrictions to place on PG&E. The company has been accused of violating the terms of its probation, part of its sentence for the felony charges stemming from the San Bruno gas explosion.

It took the judge four pages to spell out his proposed safety plan.

PG&E countered with 60 pages and a half dozen exhibits—arguing that the judge’s proposal would be impossible, impractical, and possibly illegal.

The company has a monopoly over a vast service area larger than the state of Oklahoma. It told the court that it would need to remove 100 million trees in a span of about five months to comply with the judge’s proposal, a job they expect would require 650,000 workers to accomplish.

PG&E told the judge that it doesn’t believe it could hire enough people to do the job, but added that the job would be cost-prohibitive even if it were possible to do.

“PG&E would inevitably need to turn to California ratepayers for funding, resulting in a substantial increase—an estimated one-year increase of more than five times current rates in typical utility bills,” the company wrote in its filing.

Federal prosecutors also recommended against Judge Alsup’s proposal, suggesting instead that PG&E’s court-ordered monitor be tasked with the job of helping to craft any new probation requirements the court puts on the company.

Those include federal laws governing interstate power transmission, state laws and regulations about the power grid, and the federal Endangered Species Act.

PG&E echoed that concern, and went a step further, telling the judge that his proposal “would require PG&E to violate a web of state and Federal laws and regulations.”

PG&E SAYS IT’S INSPECTING MUCH OF THE GRID VOLUNTARILY

The company told Judge Alsup that since the Camp Fire it has “embarked” on what it described as “an enhanced process to inspect and repair” equipment that it owns to better prevent wildfires.

PG&E did not promise to inspect the entire power grid, but said that it hopes to do “as much as possible by the end of May 2019” to improve safety on roughly a third of its power grid, focusing on “areas with the greatest potential risk of fire.”

The company also suggested that it would be open to an expansion of the court-ordered monitor’s role in supervising its safety practices.

Although the court does not need to prove a violation of probation to impose new restrictions, the judge’s proposal came in response to a report from PG&E’s probation officer accusing the company of violating the terms of its probation—specifically the requirement to report new legal action against it.

Probation officer Jennifer Hutchings wrote that PG&E settled with Butte County for $1.5 million to avoid criminal prosecution for starting the 2017 Honey Fire, but “at no time” reported the criminal investigation or the settlement to the probation office.

PG&E attached a series of emails to counter this accusation. One email to Hutchings was titled “CAL FIRE Press Release.” That email did not say that the company was under criminal investigation, but did contain a link to a press release in which CAL FIRE said it was referring the Honey Fire and others to local prosecutors for “further review.”

The company did not claim to have reported the Butte County settlement to its probation officer, but did include an email it sent to its court-appointed monitor (the monitor is meant to embed with PG&E and monitor its safety culture, a job separate from the probation office) that contained a press release describing the settlement.

In the press release, District Attorney Michael Ramsey made the case that getting PG&E to spend $1.5 million to improve safety around its power lines in Butte County was better than extracting a $1,000 maximum fine through a misdemeanor conviction.

“Electrical transmission lines in the wildlands are necessary in the modern world,” Ramsey said in his press release on October 5 last year. “We very much appreciate the cooperation of PG&E in stepping forward once again and making fire safety a top priority.”

Activist Erin Brockvich was in Sacramento on Tuesday to urge lawmakers to not let PG&E go bankrupt because it could mean less money for wildfire victims. PG&E announced last week it plans to file for Chapter 11 bankruptcy because it can't afford to pay at least $30 billion in expected damages due to deadly 2017 and 2018 Northern California wildfires.