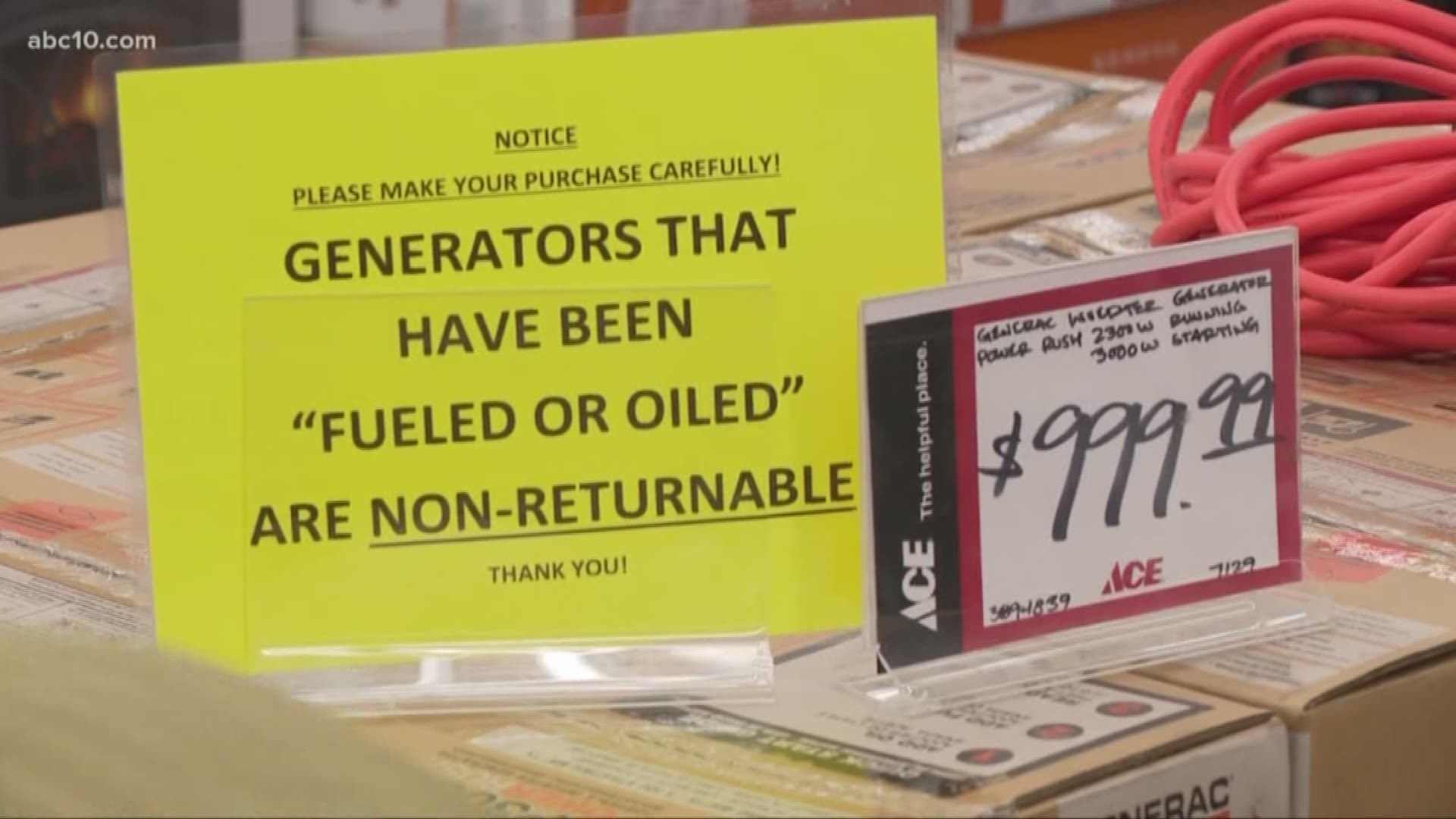 CALIFORNIA, USA — Millions of Californians are preparing to live in the dark again after PG&E warned it may cut power for the third time in as many weeks because of looming strong winds and high fire danger.

PG&E says up to 2.1 million people in Northern and Central California could lose power in the largest planned power shutoff in the region.

The utility said it has notified about 850,000 customers in 36 counties that it may cut off power between 3 and 10 p.m. Saturday to prevent wildfires. The outages may last until midday Monday.

The two previous shutdowns were done amid concern that gusty winds could foul or knock down power lines and spark devastating wildfires.

Weather forecasts are calling for record strong winds to lash much of the region over the weekend, with some gusts hitting 85 mph.

California Office of Emergency Services Director Mark Ghillarducci is warning Californians to be prepared with supplies because gas stations and grocery stores might lose power.