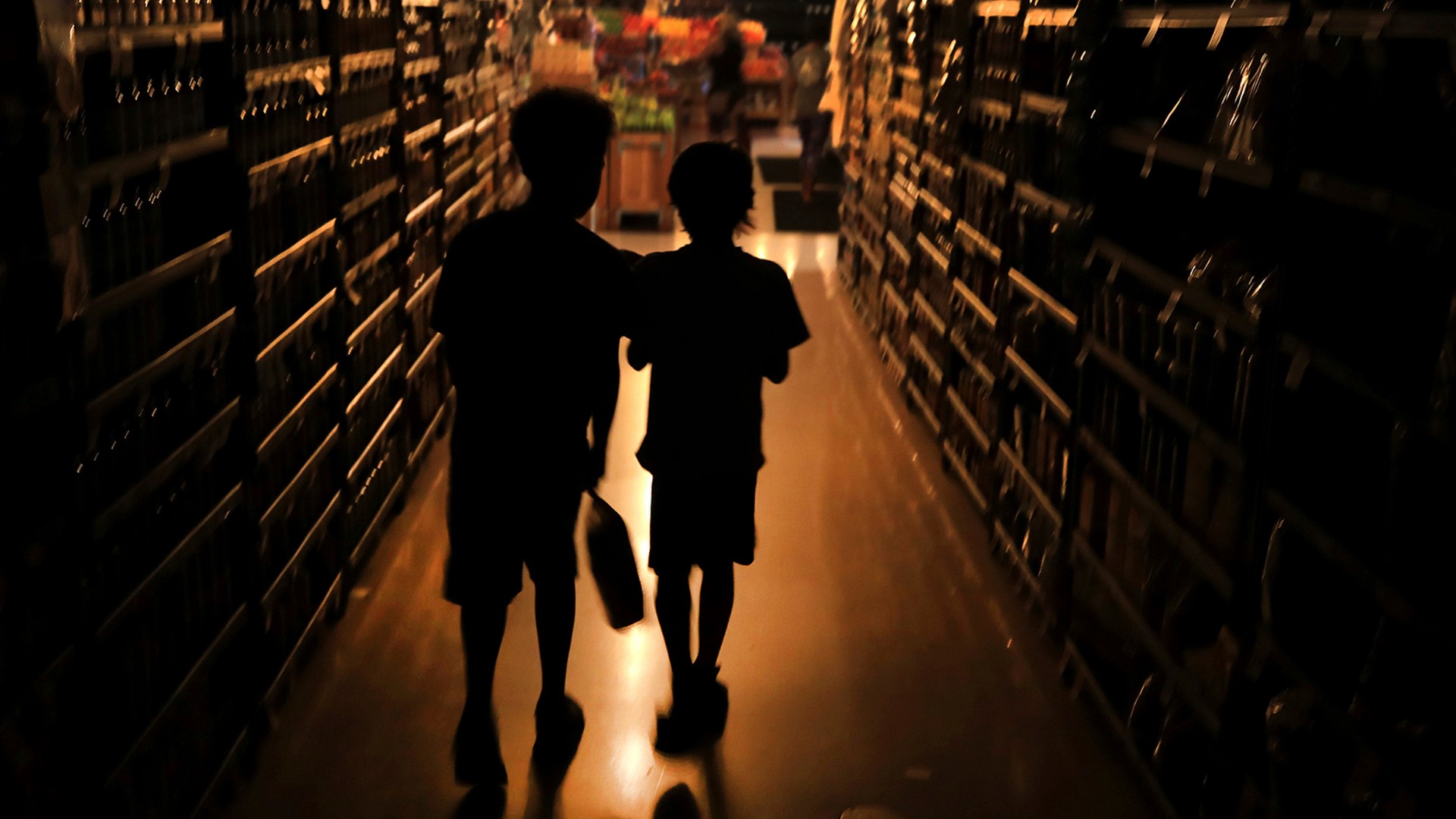 PG&E has restored power to more than 156,000 customers, but 189,000 customers will likely have to wait until Tuesday evening for power to return.

Crews will need to complete patrols of more than 17,000 miles of transmission and distribution lines as they check for damage and hazards.

PG&E said their preliminary data showed at least 13 instances of weather-related damage in the power shutoff areas. This includes downed lines and vegetation on power lines which could have sparked a wildfire.

The power shutoffs come during a period of strong winds, which PG&E meteorologist Scott Strenfel called the strongest of the season. Areas like Sonoma County saw peak gusts of 89 miles per hour.

Remaining customers are expected to have power restored by late Tuesday evening, according to PG&E.

250,000 thousand PG&E customers are still in the dark Monday evening as the utility tries to restore power to more people through the night.

The power shutoffs come during a period of strong winds, which PG&E meteorologist Scott Strenfel called the strongest of the season. Areas like Sonoma County saw peak gusts of 89 miles per hour.

Originally, the planned power outage was supposed to impacted about 466,000 customers, but the scope was ultimately reduced to about 345,000 customers across 34 counties.

PG&E has identified 12 areas so far where their equipment was damaged during the wind event. Incident Commander Mark Quinlan expects the number of hazards and damage cases to increase as they continue their work into Tuesday.

32 counties impacted by the power shutoffs currently have an some kind of all-clear given for weather conditions, with some counties having partial all-clears and others having full all-clears.

Some areas affected by the PG&E power shutoff have been given the all clear to have power restored.

Kern and San Joaquin Counties were removed form the PSPS due to favorable weather, according to the utility company.

PG&E says power restoration is underway for those areas. Power is expected to be restored to all customers by Tuesday evening. Wind gusts of 76 mph, 57, mph and 55 mph, in Sonoma, Lake and Contra Costa counties, respectively.

Weather ‘All Clear’ Issued in Some Locations for Public Safety Power Shutoff Event - Patrols & Restoration Work Has Begun for Impacted Areas Where It Is Safe to Do So - Restoration Expected to Occur in Stages Beginning This Morning Through Tuesday Night https://t.co/FPHRt0ngZu pic.twitter.com/CyxAAGPmzy

Hundreds of thousands of Californians are in the dark on Monday morning as Pacific Gas & Electric cut power to prevent the chance of sparking wildfires because of extreme fire weather.

As of 5:30 a.m. on Monday, PG&E reported it had shut off power for more than 350,000 customers across 36 counties in Northern California.

Several school districts have cancelled school because of the power shutoffs, including Nevada City School District

The National Weather Service has issued red flag warnings for much of the state. ABC10 Meteorologist Rob Carlmark reported wind gusts of 84 miles per hour for St. Helena and as high as 136 miles per hour for Kirkwood in the Sierra mountains.

For a map of current and future outages, view the map below or click here.

In a Sunday press conference, PG&E officials said they expected weather to subside beginning midday on Monday. Power restoration is expected Monday night through Tuesday night, depending on safety conditions.

Resource centers will be available in areas impacted by the shutoffs and will provide charging stations, water and snacks. People using the centers are also expected to comply with COVID-19 protocols and wear masks.

WATCH MORE: Season 2 | FIRE - POWER - MONEY: California's Burning Crisis and How it is Going to Cost Us All