PG&E filed for bankruptcy in January 2019 to deal with an estimated $30 billion in potential liabilities from wildfires that its equipment ignited. 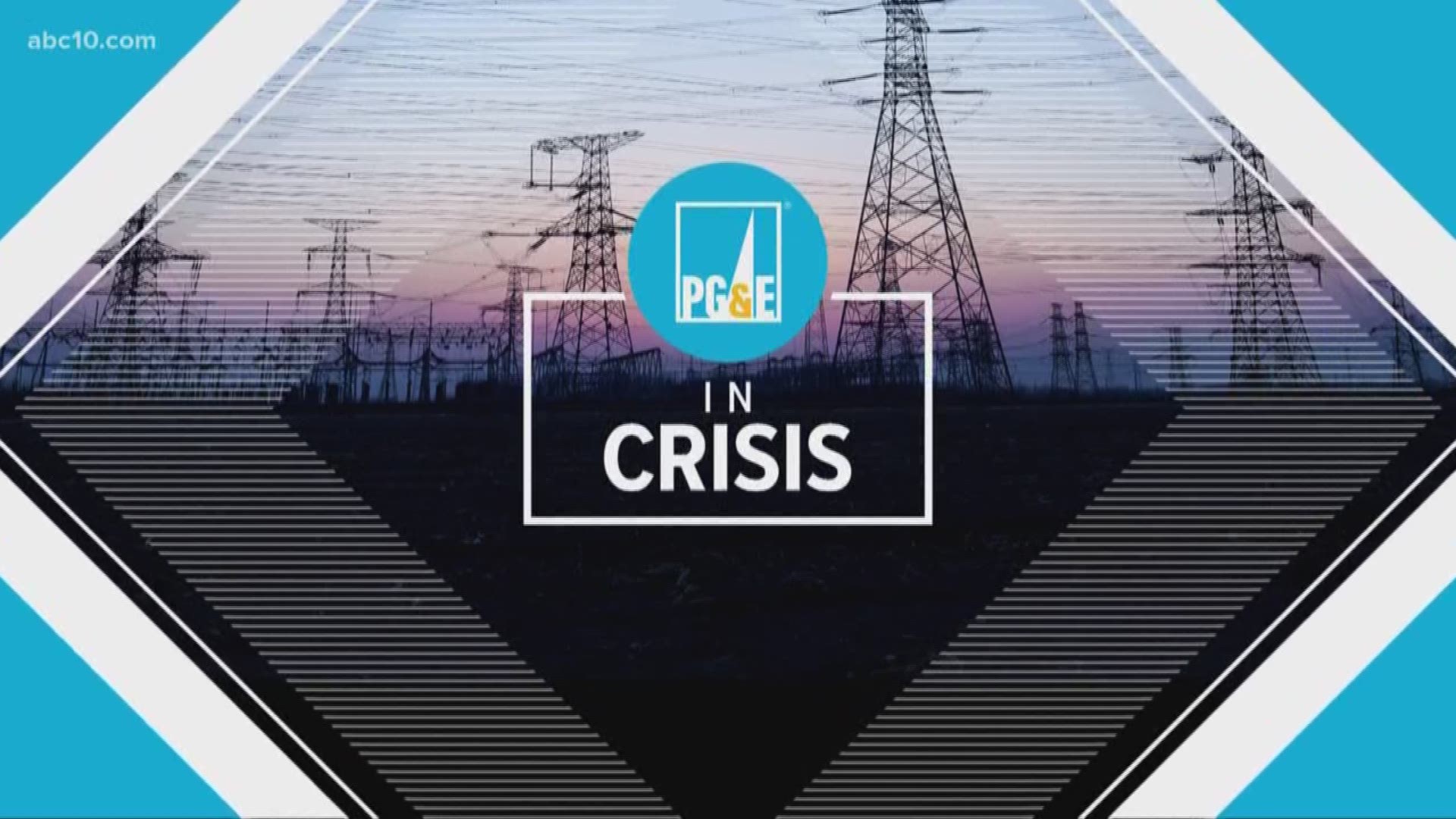 SACRAMENTO, Calif. — Pacific Gas & Electric reported substantial losses for the third quarter on Thursday, driven by catastrophic wildfires that have been blamed on the utility's outdated transmission lines. The company estimated those costs, which include the 2017 and 2018 fires, more rigorous inspection of its electrical equipment and customer billing credits due to blackouts, will be in excess of $6 billion this year.

Additionally, PG&E logged a $2.5 billion settlement with insurance companies for the 2017 and 2018 wildfires, bringing its total charges for the fires during those years to $20 billion, according to a filing with regulators.

PG&E filed for bankruptcy in January to deal with an estimated $30 billion in potential liabilities from wildfires that its equipment ignited and likely ignited in 2017 and 2018, including a wildfire last November that essentially wiped out the Northern California town of Paradise, killing dozens.

The company is also facing criticism for intentional blackouts that have left millions without power as it tries to limit wildfires during dry, windy conditions.

California officials and residents have expressed growing anger over the blackouts, which have left those without power struggling with to keep cellphones charged, find gas and withdraw cash. Businesses and schools were closed for days.

Some accused the company of instituting the blackouts to save money, but PG&E CEO Bill Johnson has said that the blackouts were "well planned and executed" and done "solely in the interest of public safety."

California governor Gavin Newsom last week threatened a possible takeover of the troubled utility unless it can emerge from bankruptcy ahead of next year's wildfire season with a plan focused on safety. The company has said it prefers to work its way out of bankruptcy protection, but will need the help of government, insurance companies and investors.

The electric company is also estimating it will cost $65 million to credit the 738,000 customers whose power was shut off last month to minimize the chances its outdated electricity lines would ignite a fire. Under pressure from California Gov. Gavin Newsom, PG&E agreed last week to give a $100 credit to each household and a $250 credit to each business affected by Oct. 9 blackouts.

San Francisco, where PG&E was founded more than a century ago, began examining options for taking over pieces of the utility after it filed for bankruptcy protection in January.

Since then, PG&E's shareholders and creditors have battled for control of the company, putting forth competing plans in bankruptcy court that would maintain PG&E's long-running setup as a for-profit company.

If the state were to take over Pacific Gas & Electric Corp., it would present both advantages and risks.

The utility would no longer be required to pay out dividends or have at its core the duty to drive profits higher for shareholders. That would free up capital to improve infrastructure.

However, a state takeover could carry with it significant risk.

The toll of increasingly common wildfires are playing out at the publicly traded PG&E right now.

The state's largest utility on Thursday swung to a loss of $1.62 billion, after a profit of $564 million in the same period last year.

Shares in PG&E fell more than 10% to $6.12 per share. Exactly one year ago they were trading at $48 per share, a day before the Camp Fire erupted in the Sierra Nevada foothills, killing 85 people and incinerating about 19,000 homes.

PG&E serves about 16 million people in 70,000 square miles in northern and central areas of the state.