Pacific Gas & Electric Corp. is asking state regulators for another increase in rates and profits, saying it's needed for wildfire safety and to attract investment as the utility goes through bankruptcy. 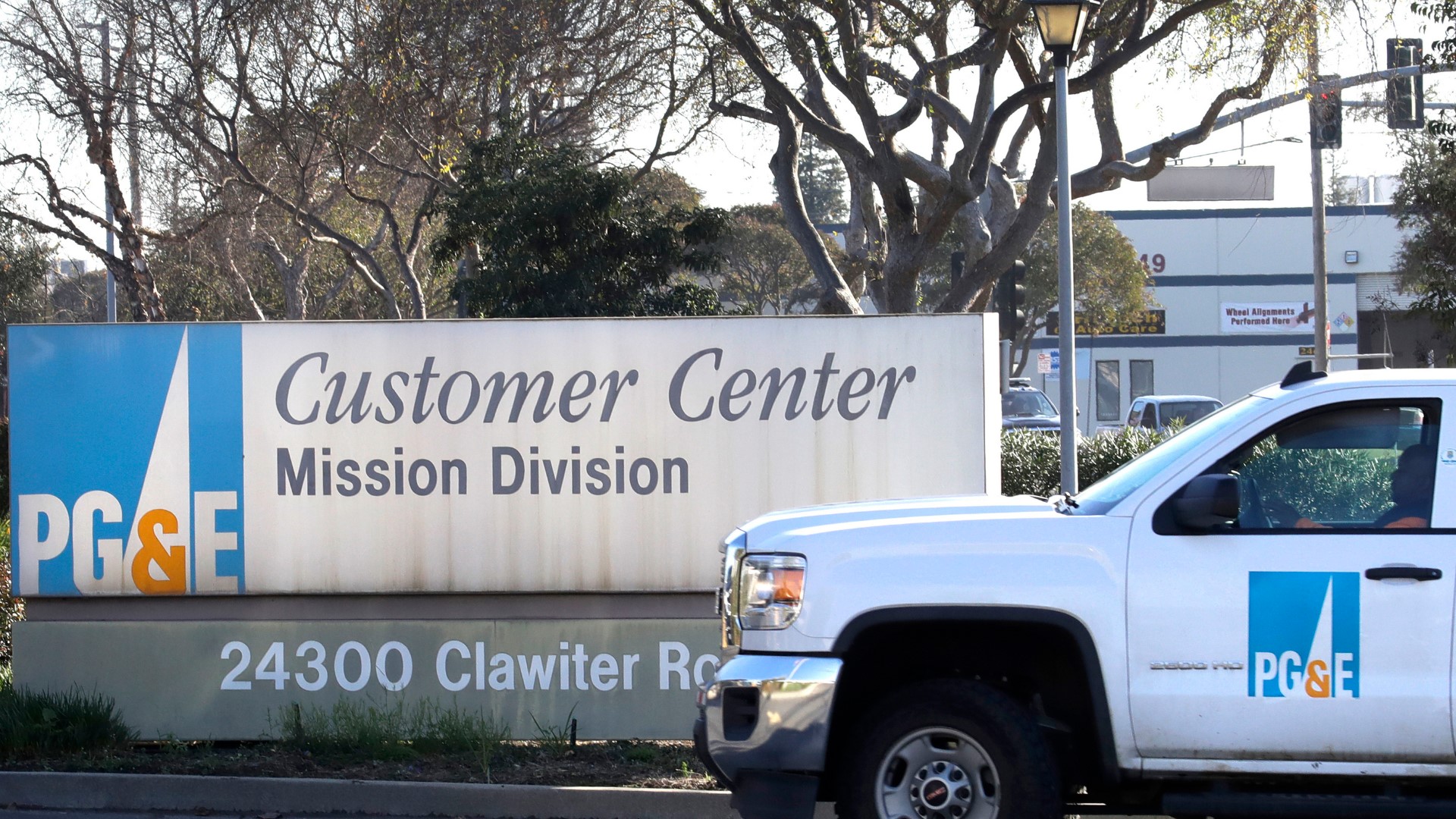 SACRAMENTO, Calif. — Pacific Gas & Electric Corp. is asking state regulators for another increase in rates and profits, saying it's needed for wildfire safety and to attract investment as the utility goes through bankruptcy.

The Sacramento Bee reports Monday that the request and a previous one could result in average PG&E customer bills rising more than $22 a month for electricity and natural gas.

Gov. Gavin Newsom and other state officials are trying to figure out how to deal with PG&E's bankruptcy — and utilities in general — in the state marked by deadly wildfires.

A November fire that essentially wiped out the Northern California town of Paradise was the deadliest and most destructive in state history.

RELATED: Need to Know: What to know about Pacific Gas & Electric

"This is neither the best nor the preferred solution," she said, adding that PG&E wants to "reduce the ask" and is open to discussing alternatives with state officials that would reduce the size of the increase.

The request is likely to anger some lawmakers who are already upset with the utility's role in deadly wildfires of 2017 and 2018, as well as consumer advocates.

"While California is working hard to reduce wildfire risk and create a sustainable energy future, PG&E is requesting massive increases in costs to ratepayers in order to generate profits for investors — all while wildfire victims' claims sit in bankruptcy," said a statement from Nathan Click, the governor's spokesman.

"The governor strongly believes ratepayers shouldn't be on the hook for unnecessary increases as the state's process plays out," Click said.

"It's like PG&E is looking for bailouts under any rock they can find," said Mark Toney of The Utility Reform Network. "That is just a stunning amount."

Also Monday, PG&E Corp. announced it has added Fred Buckman, former CEO of Consumers Energy and PacifiCorp, to its boards of directors. The utility also announced it will hire Christopher Hart, former chairman of the National Transportation Safety Board, as an independent safety adviser.

WATCH ALSO: What could a PG&E bankruptcy mean for you?