PG&E CEO Bill Johnson told the panel that the smaller shutdowns persuaded company officials they “had figured it out.” 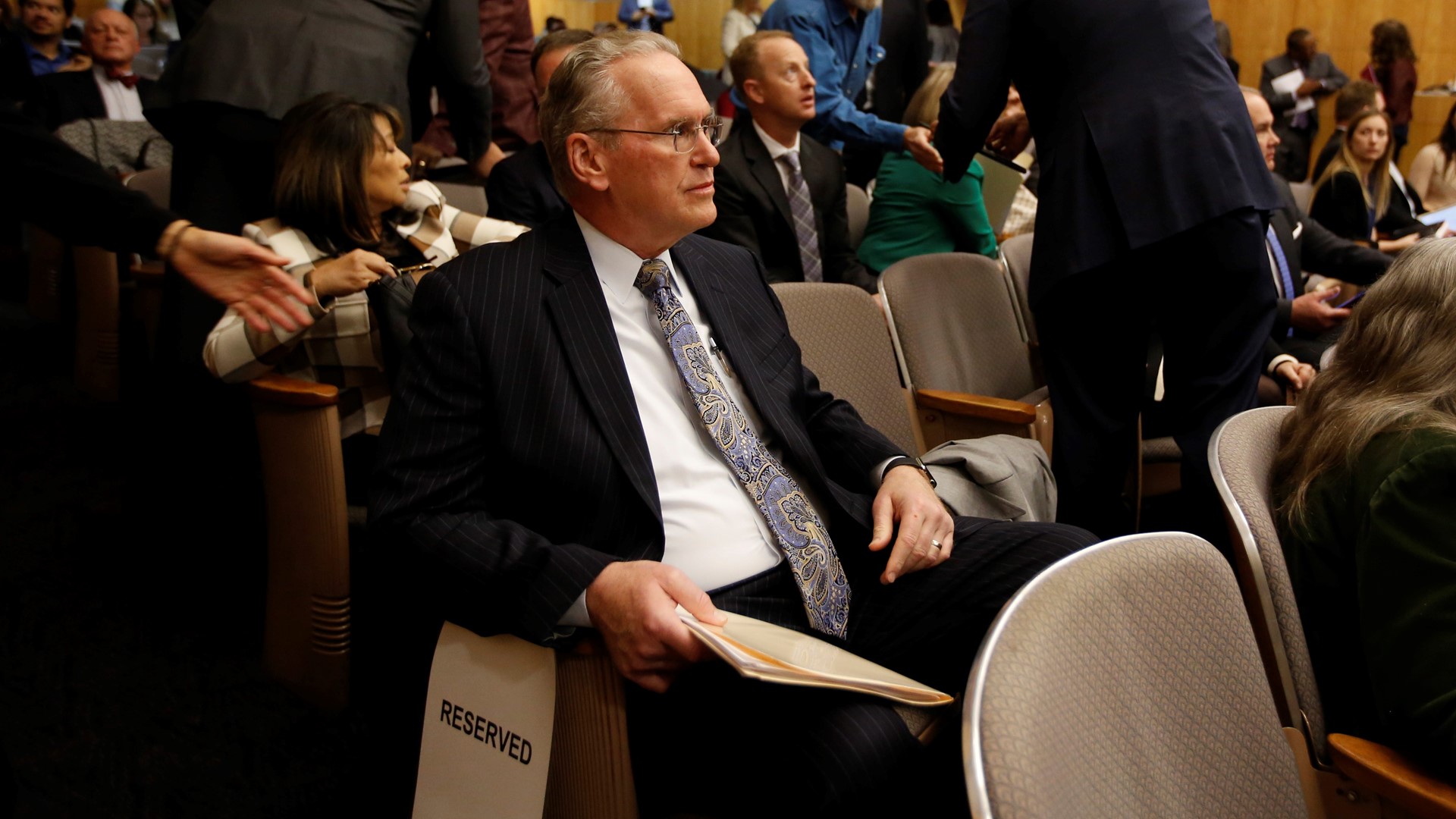 SACRAMENTO, Calif — The head of Pacific Gas & Electric Corp. told angry California lawmakers Monday that the nation’s largest electric utility wasn’t prepared for the effects of its unprecedented power outages last month even as it plans to shut off power to more than half a million people again this week.

Lawmakers wanted answers from Bill Johnson and executives from the state’s other two investor-owned utilities about the shutoffs last month that caused some life-saving medication to spoil, businesses to lose money, and communications networks to go dark.

PG&E CEO Bill Johnson blamed his company’s inadequate response to the blackouts affecting millions of people partly on a sense of complacency after a much smaller outage went well earlier this year.

“We weren’t as well prepared as we thought, and we needed to give a little more attention — a lot more attention — to impacts after we shut the power off,” Johnson said. “I do think as things went on, we got better at each one of these.”

Lawmakers were skeptical, venting residents’ pent-up frustration at the company that is trying to emerge from bankruptcy after its outdated equipment has sparked devastating wildfires in recent years.

Democratic state Sen. Scott Wiener said he believed PG&E had “forfeited its right to operate as an investor-owned utility.”

State Sen. Bill Dodd told Johnson that an Oct. 9 shutoff was “a big ‘screw you’ to your customers.”

“That has really created among the Legislature and among your customers a real trust issue,” Dodd said.

Meanwhile, people in Northern California were bracing for more outages. PG&E has started notifying customers in parts of 22 counties that it may turn off electricity Wednesday because of strong winds that could spark wildfires.

The blackout is expected to affect 660,000 people in the San Francisco suburbs, Sierra Nevada foothills, wine country and elsewhere.

Johnson said PG&E has struggled to respond to the growing threat of wildfires over its coverage area of more than 70,000 square miles (181,299 square kilometers). In 2012, he said less than 15% of its power lines traversed areas at high risk for wildfires. Just seven years later, that’s grown to more than 50%.

The state’s two other investor-owned utilities — San Diego Gas & Electric and Southern California Edison — also have turned off the power to their coverage area this year. But their shutoffs have affected far fewer people and been much shorter.

Johnson told lawmakers that PG&E had spent $30 billion over the last ten years improving its electrical network. He also said the company recently inspected its vast system of power lines and other equipment for repairs and replacement. The company has plans to install “microgrids,” or backup power sources, for isolated areas to help keep power running during a shutoff.

“We do not expect an annual repeat of what we went through this October,” Johnson said. “That just cannot happen again.”

But lawmakers were skeptical. Democratic Sen. Bill Monning noted the company is facing potential damages of up to $30 billion for a series of wildfires in 2017 and 2018, including the most devastating fire in state history that destroyed roughly 19,000 buildings and killed 85 people.

“I think you will see us undergrounding considerably more of our system,” Johnson said. “Not so much because of the liability, but because it’s the right thing to do given the circumstances.”

Preemptive power shutoffs are not new to California, but the scope of those by PG&E this year have been unprecedented. The company has more than 5 million customers in Northern California.

After PG&E gave spoke at the State Senate committee hearing, numerous people were representing organizations that were gravely affected talked to the power company's inadequacies during the massive shutoffs.

Christina Mills, with the California Foundation for Independent Living Centers, said the people with disabilities, whom she represents, were gravely impacted by the shutoffs. The CDC reports that roughly 1-in-4 people have a disability.

Mills said there is an opportunity for improvement when helping people with disabilities before future power shutoffs.

"We also cannot expect that individuals who are trained and ready only need services and support during business or daylight hours," Mills said.

Pointed out that some people with disabilities may not have known about the shutoff because the method of communication was not conducive to them receiving the message.

Other public agencies like school districts, public utilities and hospitals mentioned that they need the power to provide the resources to the people they serve and that 11 days without power is too long.

Lawmakers have set a June 30 deadline for PG&E to emerge from bankruptcy or else forfeit participation in a fund designed to help cover damages from future wildfires. But negotiations have bogged down as shareholders and creditors battle in bankruptcy court over the future of the company.

A federal bankruptcy judge has appointed a mediator to try to resolve the case. But Democratic Gov. Gavin Newsom has threatened to intervene if the company can’t reach an agreement by June 30, including a potential state takeover.