The 2018 Camp Fire wiped most of the town of Paradise off the face of the earth. Meet the people keeping the town on the map. 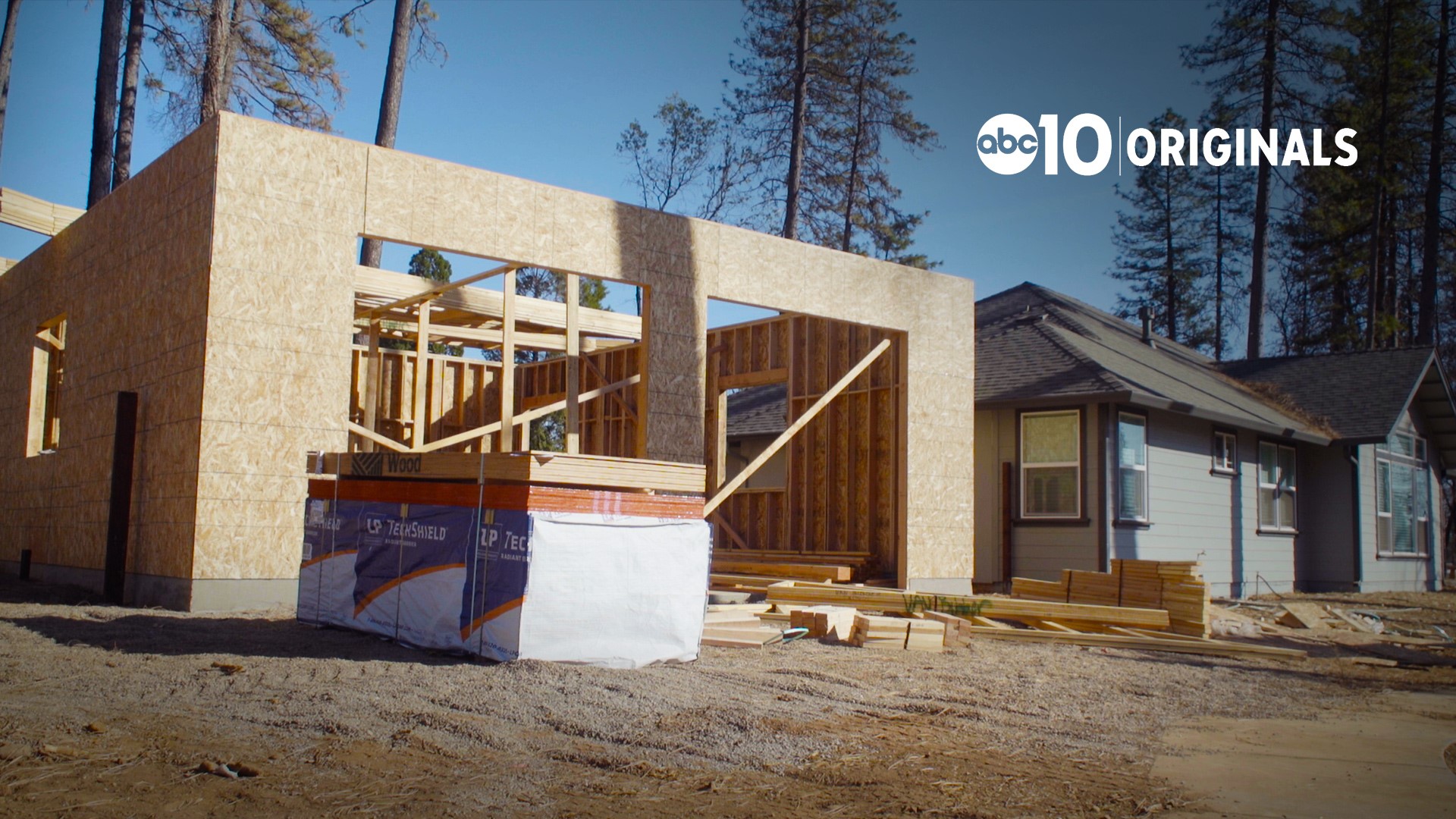 PARADISE, Calif. — Most of the town of Paradise was wiped off the face of the earth when the Camp Fire ripped through on Nov. 8, 2018. The earliest pioneers rebuilding now want to make sure their town isn't also wiped off the map.

The roughly $2 billion job of removing the burned rubble from more than 18,000 destroyed buildings in and around Paradise is mostly finished. However, most of the neighborhoods of Paradise have no homes. They've been scraped away, past their foundations, down to bare dirt.

Here's a deeper look at what these people are dealing with and what it's like to be part of the rebirth of the town:

The fire destroyed a lot of the essential things you need in a town.

Paradise lost its hospital along with several schools, churches, grocery stores, and a myriad of other businesses. Yet some survivors of the fire chose to return as soon as they could.

Sara Smith was among them.

She joined the handful of people who bought trailers and hauled them up to live among the empty lots while thousands of dump trucks patrolled the town to haul debris away.

"Don’t get me wrong, our (FEMA) trailer was gorgeous," Smith said. "But trailer living’s not easy when you’ve got a big dog, a five-year-old child."

Cramped conditions only added to the stress many survivors felt after having their homes incinerated by the wildfire.

"I was lucky to only have one child in this instance. I felt bad for people who had multiple kids in a trailer, a smaller trailer," Smith said.

Thousands of survivors are moving away from Paradise because the rebuild is going to be a years-long process. Smith's family considered leaving, but couldn't stomach the idea.

"Every time we would think of somewhere else, like Idaho — because most of my family’s in Idaho, we’d imagine it and for some reason...it almost made us upset," Smith said. "We would just look at each other and say no, I can’t do it, I can’t live anywhere else. This is home."

Life's been a struggle, but she feels a direct connection to the changes that have taken place since the fire. Smith said she notices those changes every day.

"In the beginning, there was nothing but burnt broken wads of metal and black sticks of trees, and then literally a week later, there’s no more trees, and all the debris is cleaned up and then it’s just miles of dirt," Smith said. "And then the green is starting to come back with the trees and flowers and that was hope. Started to see a little bit of hope. And now we’re starting to see buildings come up."

RELATED: Nearly a year after the flames of the Camp Fire were extinguished, survivors continue dealing with the trauma

WOODY CULLETON: SAVING THE TOWN THAT SAVED HIS LIFE

One of the first new buildings belongs to former Paradise Mayor Woody Culleton.

He can joke around about how Paradise took him "from town drunk to town mayor," but when Culleton first arrived in Paradise 30 years ago, he was at rock bottom — dealing with addiction and homelessness.

"I reinvented myself in this town. I sobered up here. I got clean. I got married," Culleton said. "My life started over here."

Culleton wants to give back to Paradise because he owes his very life to the place, and the people in it.

"I was going to die," Culleton said of his younger self. "I was at that point in my life."

He also thought he was going to die last year when he was attempting to escape Paradise, as flames danced all around his car. He and his wife evacuated in separate cars, and they worried they might die apart from one another that day.

"I don't know anybody who escaped that didn't think they were going to die," Culleton said.

The rebuilding process, slow as it may seem, is already creating a sense of community, he said. But, it pains him to see that community in so much pain.

"Everybody has been damaged by this. There is a lot of PTSD going on," Culleton said. "People that never believed in that or thought that was even something real are experiencing that, and it's manifesting in lots of different ways."

CELESTE BAKER: WHO ARE OUR CUSTOMERS?

The Camp Fire destroyed nearly all the homes in Paradise, and most of the businesses in town. Even businesses untouched by the flames had to shut their doors because there were no patrons left to serve.

At Paradise Plaza, one of town's largest remaining shopping centers, a sign outside has more than half of the business stalls listed as "available."

One of the pioneers trying to revive her retail business is Celeste Baker, who rebuilt her shoe store in town.

"We’re trying to figure out who is our customer," Baker said. "Because it was a lot of older people that lived up here before, a lot of retired people. A lot of those people are not coming back. So I think [the fire] is going to change the demographics."

The kind of information that most businesses rely on to make their long-term plans is now a mystery to her. She re-opened without knowing how many people are coming back, how old they'll be, their income levels, and what might drive the economy of the town as a whole.

"We don’t know any of that, and I don’t think we’re going to know for a few years, until we see who rebuilds," Baker said.

There are lots of hungry work crews to feed. That's led several restaurants and food trucks to set-up shop. Hardly anybody lives here full-time yet, but Baker is encouraged by the spirit of her fellow pioneers.

"Everybody’s closer," Baker said. "Those casual acquaintances have now become your friends, because we all went through the same thing. We have this common bond."

She said everyone she knows is determined to take the things they loved about the old Paradise and remake the town to be even better.

"It will be even a tighter knit community," Baker said. "I have high hopes for it."