Firefighter Kyle Foott fought the Carr Fire while he watched his neighborhood burn. 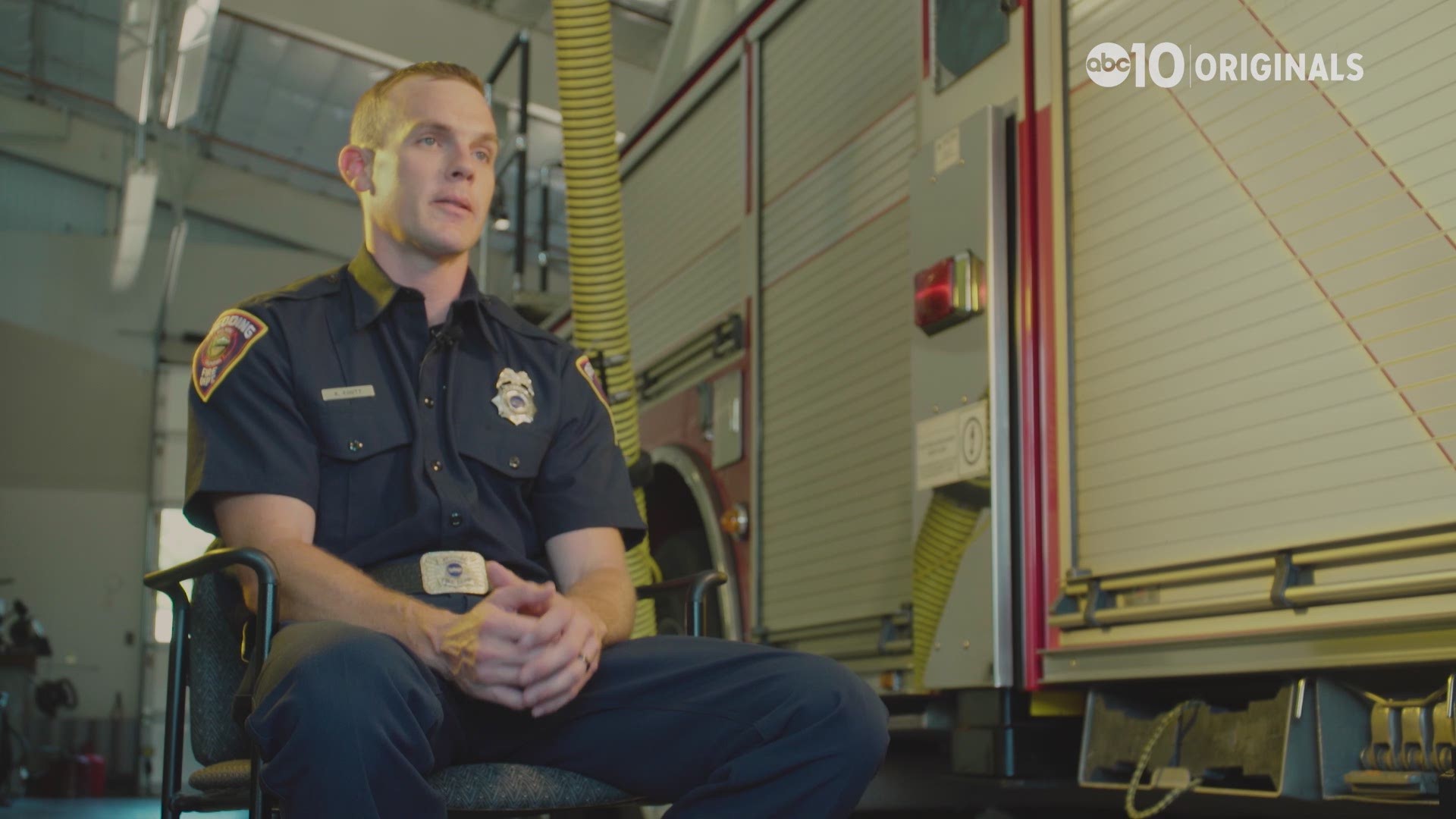 "It was pretty apparent it was going to take a run towards Redding. It had a good chance the following day, and I'm like alright we got to go," he said.

His city was burning and his coworkers needed him. He packed up his family and drove back in time only to grab a few things.

"Drove straight to work and then two to three hours later, the fire was hitting the city and a few hours later the house was gone," Foott said.

He watched the fire ravage his city as he was fighting the fire nearby.

"The initial night, we were in the neighborhood across the river easily able to see where my house was from there. The fire slowly started coming at us, working its way towards the city and the fire behavior took effect. It was all hands on deck," Foott said.

He was busy protecting what he could from the flames, but it was hard not to take a moment to watch what was happening above. It was a fire tornado that was forming and spinning right over his home.

"I knew it would impact the neighborhood but [I] didn't have time to process it," he added.

The next day, in the engine, he drove to see the damage.

"I was on the engine with another guy who lost his home. I'm one of three in the department," Foott said.

Foott got out and took it in.

Credit: Kyle Foott
An image of Kyle Foott's home after the Carr Fire

"It's a lot of emotions. It's hard to describe. Sadly, I see a lot of foundations, but it's never been my own. It hits you and you ask... at the end of the day, there's nothing that could have been done," he said.

There wasn't much left of his house and what was inside, but he did find something worth picking up.

"I like to make light of all situations because of the career we are in. If you don't make the best out of what you are in, it will eat you alive. I grabbed the golf iron, and I said now I can finally swing a 9 iron through the living room," Foott said with a smile.

His friend took the picture and posted it to Facebook. It went viral. People shared it with the sentiment that first responders are humble heroes.

Down the street from Foott's neighborhood is where Redding Fire Inspector Jeremy Stoke was killed.

His memorial stands on the side of the road. It's a place Redding Firefighters visit often.

"I always remember him. He loved the job," Foott said. "He loved everything about it. No matter how bad it was. He was the first one to run back on the same day [that] we were on separate camping trips. It showed that drive he had to be here and serve. That helps to keep that going."

Jeremy's death impacted every firefighter in Redding. They know their job is dangerous, but they never expected to experience a loss like Stoke. He was a father, a brother and a friend.

"Sadly, it's not the first fire where we lost one in the line, however this one hit home. I haven't lost a best friend. It made it real apparent about the strength of family. We are a family here, but at the end of the day if we don't come home to our family we are not taking care of what we promised to take care of," Foott said.

Since the Carr Fire, Foott's family grew by two. His wife gave birth to twin girls named Abigail and Emilia. In fact, the entire department welcomed 12 new babies to the fire family this year.

Foott and his family have a lot to look forward to. He's hoping to break ground on his new home next month and put roots down again where he calls home.

"I have since replaced the golf clubs. I can't swing them in the house, but I can take them golfing," Foott said.