A vegetation fire on Highway 113 caused the road closure. 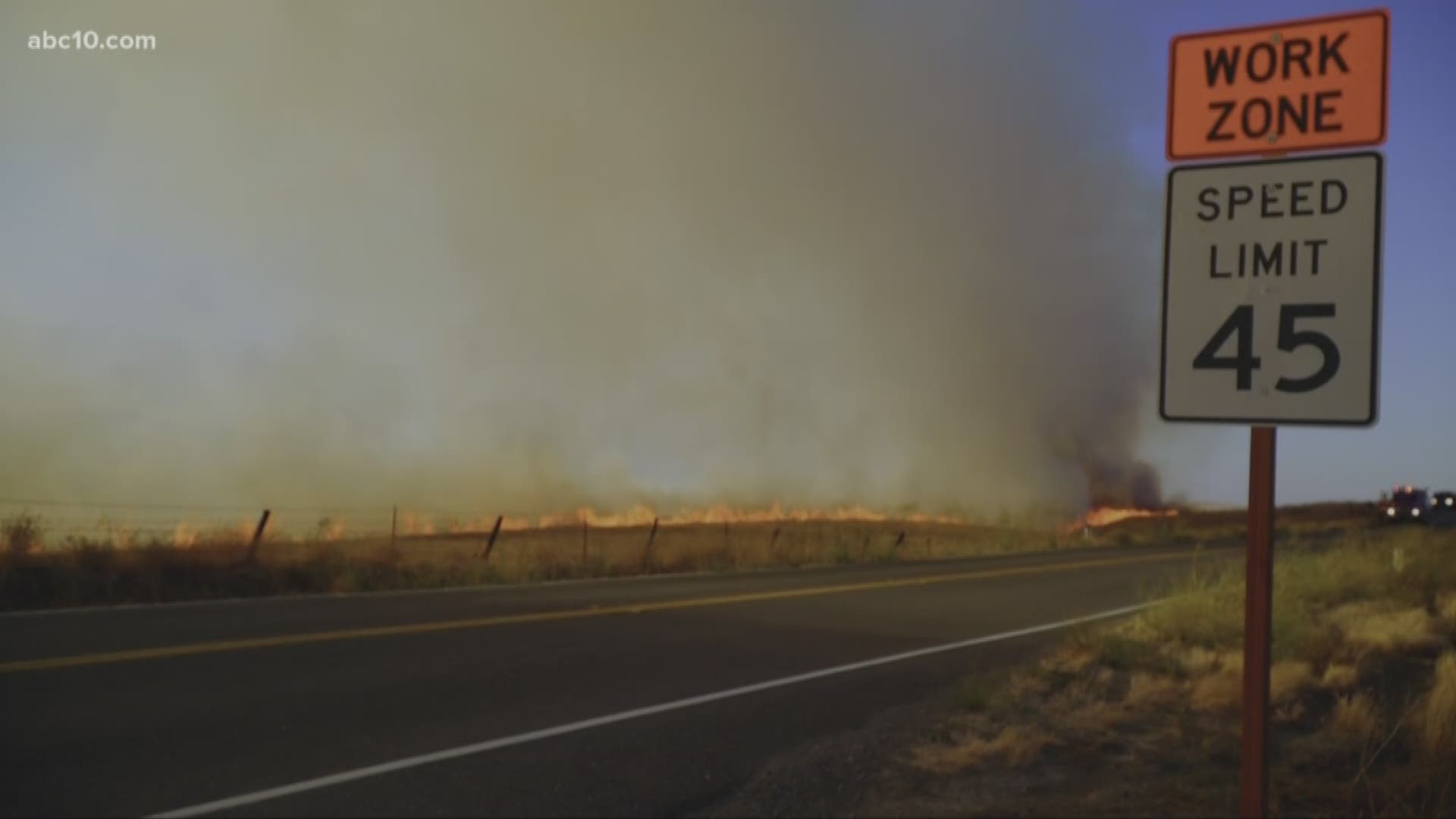 The Montezuma Fire Protection District, along with pre-positioned strike teams and allied fire districts, responded to a four-alarm vegetation fire in the area of State Route 12 and Highway 113 near Rio Vista Wednesday.

Don Ryan, emergency services manager for Solano County, said the fire is a perfect example of why PG&E has done its Public Safety Power Shutoffs.

"Even the smallest of fires in current conditions can grow rapidly to hundreds, if not 1000s of acres within minutes," he said. "It can do a lot of property damage and injure people and firefighters."

The fire was sparked by a farmer who had issues with his tractor, according to the Solano County Sheriff's Office.

The fire grew to 380 acres before crews were able to fully contain it. Some crews will monitor the area overnight for hotspots. Over a 100 firefighters from various agencies worked to extinguish the fire.

A vegetation fire has shut down westbound Highway 12, just west of Highway 113, in Solano County, according to California Highway Patrol (CHP).

The fire, burning on Highway 113 near Rio Vista, is about 150 acres, according to Fire Chief Michael O'Connor. It's 30% contained.

It is unclear when the road will reopen.