The Sacramento Fire Department says that the fire would have easily been put out if there wasn't any wind. 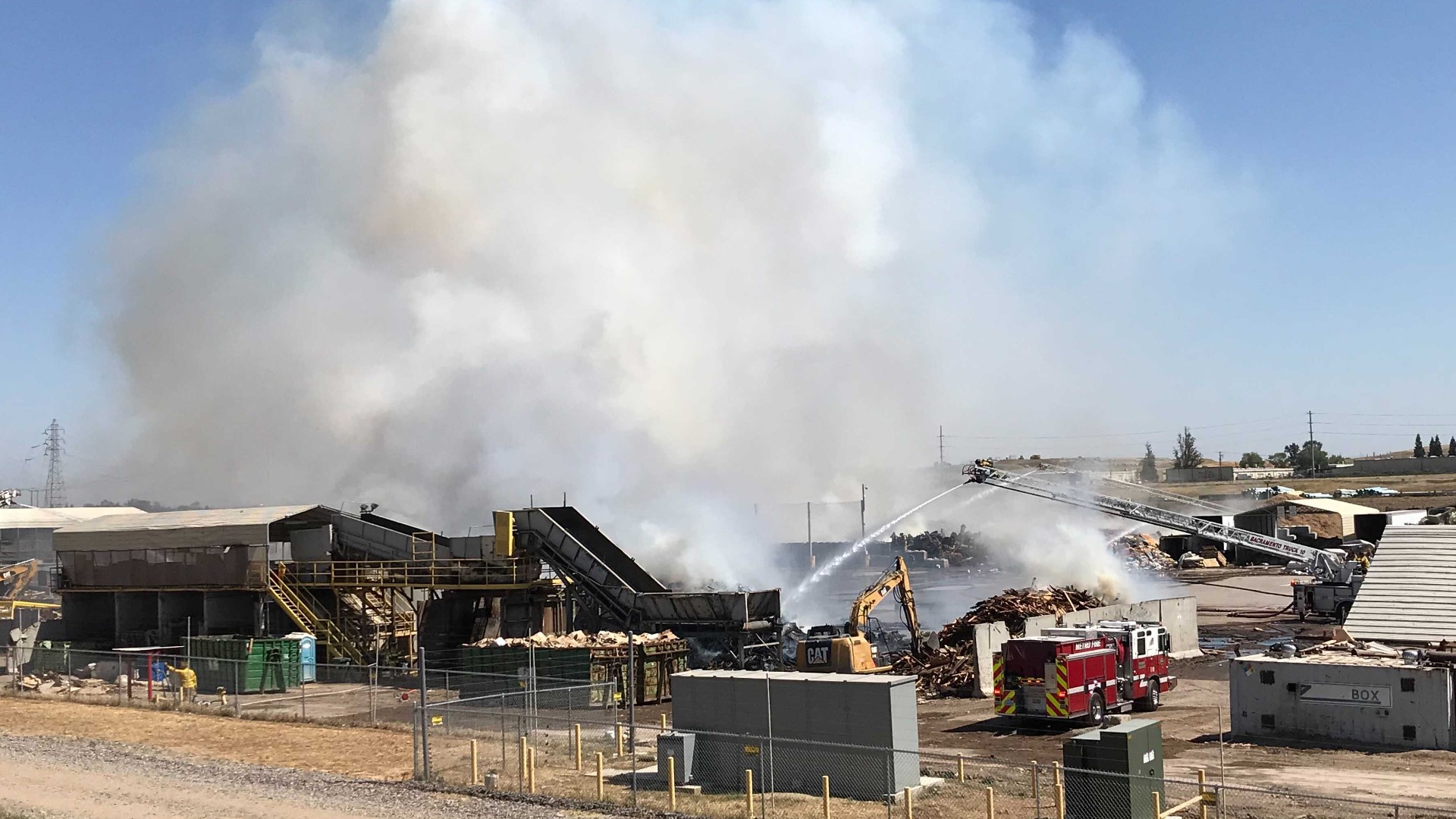 A small group of firefighters remained on "fire watch" through out the night. The department is warning that with high winds and debris still smoldering, "firefighters will not let their guard down."

The fire started at the Florin Perkins Public Disposal site around 2 p.m. on Sunday. The fire is also next to a grass fire that is currently burning.

Sacramento Fire Captain Keith Wade said that around 100 personnel are on the scene of the fire helping out from multiple agencies.

So far there are no injuries and fire officials say that there are no other structures in the area that are threatened, just debris.

The grass fire near the garbage fire hopped the perimeter briefly, but it was quickly extinguished by fire crews.

Captain Wade said that the high winds are the biggest concern right now and that with no wind, this would have been a relatively easy fire to put out, but the high winds could potentially cause embers to fly and ignite other areas.

Incident Update: Fire on Florin Perkins Rd is at 3-alarms. Firefighters are battling heavy winds, trying to contain this fire and keep it from spreading into adjacent grasslands. pic.twitter.com/C8tBlrS2a0

The Sacramento Fire Department is still investigating what could have caused the fire, but the Sacramento Valley is in the middle of a Red Flag Warning due to dry and windy conditions.

Captain Wade says that fire crews could be on the scene for at least 24 hours.