When it comes to wildfires, should California be more like Australia? 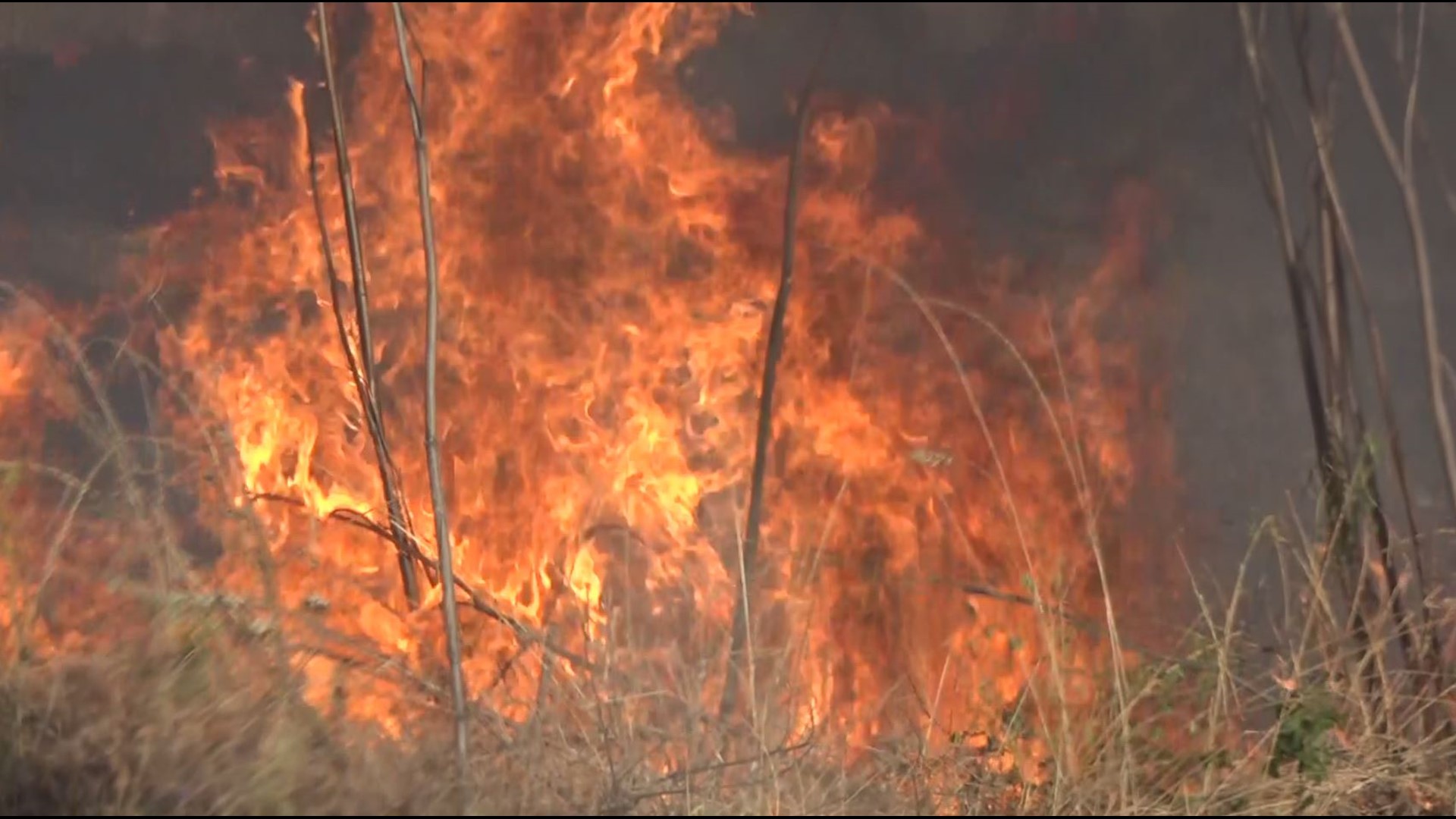 As California casts about for new approaches to its wildfire crisis, officials could do worse than look to Australia, firefighting’s acknowledged superstar.

That fire-prone country has turned disaster into a laboratory. While not perfect, Australia has studied fire extensively and crafted policies intended to reduce fatalities and make homes safer. The country also explicitly shares fire chores with homeowners, who are expected to help or get out of the way.

The two locales have some key things in common: a similar climate, many of the same plants and trees strewn across often-arid landscapes — and residents bedeviled by wildfires that are worsening as climate change resets seasonal norms. A large swath of Australia has been plagued by brutal heat and withering drought; wildfires there, as here, rage for much of the year in 80% of the country.

California leads in at least one way: with the depth of its “toolbox,” the machines and equipment it employs during fires. Australia can’t come close to the squadron of helicopters, large tankers and other aircraft that California dedicates to firefighting. Not even the U.S. Forest Service has anything like it.

Other differences: Nearly 60% of California’s forests are managed by the U.S. government. Australia has neither vast government land ownership nor a federal fire service. And Australia’s owner-saving-his-property approach may not work well in areas of California dotted with seldom-visited vacation homes.

But California might find lessons in several key Australian policies, particularly the principle of shared responsibility that underpins them.

Australia’s view is that government and citizens should work together to keep people safe and homes and property protected. The country has an extensive network of volunteer fire brigades, and not just in rural areas. The service that covers Sydney is staffed by 70,000 volunteers, making it the world’s largest volunteer fire agency. These cadres work alongside paid professionals in a cooperative culture and with an intimate understanding of fire.

The system fosters self-reliance and, critically, provides the tools for homeowners to protect themselves and their property when expecting firefighters’ help is not realistic.

Advice to the public pulls no punches. A government statement about fires that have been raging near Sydney recently has a brutal honesty that for U.S. agencies would be unthinkable: “There are simply not enough fire trucks for every house. If you call for help, you may not get it.”

Australian officials were confident that trained amateurs could withstand what “normal” fires could throw at them until a horrific series of blazes on a single day in 2009 that left 173 dead. The event, known as Black Saturday, shook the nation and its fire professionals, who realized that wildly unpredictable blazes had redefined the norm.

“Even very well prepared people died in that fire — the wind blew doors open, broke windows, you could hardly stand up outside,” said Justin Leonard, Australia’s leading wildfire researcher at the Commonwealth Scientific and Industrial Research Organisation, the national research institution. In the chaos, people panicked despite their training.

“Conditioning people to the reality of what they are going to see is the absolute key to (preparing) them,” he said.

After Black Saturday, officials tweaked perhaps the best-known feature of Australia’s approach to wildfire: a shelter-in-place option, which teaches residents to either learn to protect themselves and their homes from fire or leave well before the threat becomes acute.

Australians are drilled to pay attention during extreme fire weather and, like Californians, to heed evacuation calls. But officials also train residents extensively to fireproof their homes and educate them about what to expect and what to do if they choose to stay put as flames advance.

Each of Australia’s eight states operates independent fire services, which conduct training at a community level. Across the country, well-presented information is available online and in television and radio announcements.

For volunteers, training is constant, and they in turn help prepare neighbors. Such training falls to local authorities in California, and stops well short of preparing homeowners to fight fires.

State officials are aware of Australia’s policy, but “we haven’t discussed it in depth,” said Scott McLean, spokesman for the state firefighting agency, Cal Fire. He said California firefighters may direct homeowners to shelter in place when evacuating is too dangerous. As an alternative, in last year’s Camp Fire, which destroyed the town of Paradise, crews established refuge areas in parking lots and other large open spaces.

The preparation fostered by Australia’s training can help curtail panic, reduce deaths and contain property damage. But the stay-and-defend choice has become riskier as the nation’s fires have become more frequent and more dangerous, just as they have in California.

After Black Saturday, the Aussies devised a new “catastrophic” threat level, which has been applied to parts of the country in the recent fires. When in place, it means homes cannot be safely defended and all homeowners are warned to leave endangered areas.

Fire officials in California may already be taking a page from Down Under, shifting to a shared-responsibility message. They are increasingly talking about residents in fire-prone areas as “partners.” Homeowners need to take a greater role in helping themselves, they are beginning to say. Fire officials are even starting to echo their Australian counterparts, admitting that California’s wildfire problem is so acute that the people in the red trucks aren’t going to save everyone.

“It’s about responsibility,” McLean said. “Property owners need to understand they are responsible for defensible space, and the public needs to heed advice and evacuate.”

As bitter recent experience in California has shown, the responsibility for many of Australia’s most dangerous fires can be laid at the feet of power companies. Nearly 80% of wildfire deaths in Australia since 1950 have been in blazes started by power lines, according to Simon Dunstall, a scientist studying utility-caused fires at the national research institution.

Two decades ago, Australian states required new high-voltage power lines to be buried underground. When the country was considering that mandate, a report to Parliament put the cost at five to 13 times more than that for overhead lines — as much as $50 billion in that 1997 reckoning.

In California, where authorities have ordered power providers to make their equipment less fire-prone, the bill for burying lines today is far higher, with utilities estimating more than $2 million a mile.

In Australia, state governments have paid a portion when privately owned power companies upgrade their equipment or put wires underground. In the state of South Australia, for example, local government absorbs a third of the cost.

Credit: AP
A jogger runs in the morning as smoke haze hangs over the Sydney Opera House in Sydney, Thursday, Nov. 21, 2019. The annual Australian fire season, which peaks during the Southern Hemisphere summer, has started early after an unusually warm and dry winter. (AP Photo/Rick Rycroft)

California is brimming with world-class research institutions that have been comprehensively studying wildfires for decades. Cal Fire and other agencies, as well as the U.S. Forest Service in California, have platoons of fire scientists cranking out reports suggesting actions that could keep people, property and landscape safe.

But fire legislation is famously fraught with disagreement and argued over by parties with deep economic interests, and compromise, the engine of law-making, does not always create consequential policy.

Experts say the key to Australia’s success in addressing wildfires is its ability to respond after a disaster, learn from it and quickly amend even long-standing policies. Fire research is well integrated into education and preparedness efforts. The nation has been studying fire statistics and fire models for more than 60 years, and fire policy is based on that research.

When an issue of surpassing public importance occurs, officials convene a Royal Commission to investigate. The Black Saturday fires led to a commission report that examined the causes of wildfires “of a scale and ferocity that tested human endurance.” That pivotal event brought changes in fire policy the next year.

California has no such commission, although authorities here are examining decisions, including errors, made during the fires that killed about 100 people in 2018, hoping to improve warnings and evacuations.

Even with attention in both hemispheres trained on making homes and communities safer, good work can easily be undone. Dave Winnacker, chief of the Moraga-Orinda Fire District in the San Francisco Bay area, said he’s seen people conscientiously clear trees and brush from around their homes only to line sidewalks and driveways with wooden fences.

“I tell them it’s like a wick leading to your home,” he said.

In Australia, one city council in the Sydney suburbs required homeowners to maintain wooden fences to achieve a specific aesthetic look, Leonard said. His research group demonstrated the fire risk that posed and made their findings public. The council, and others with similar policies, dropped the requirement.