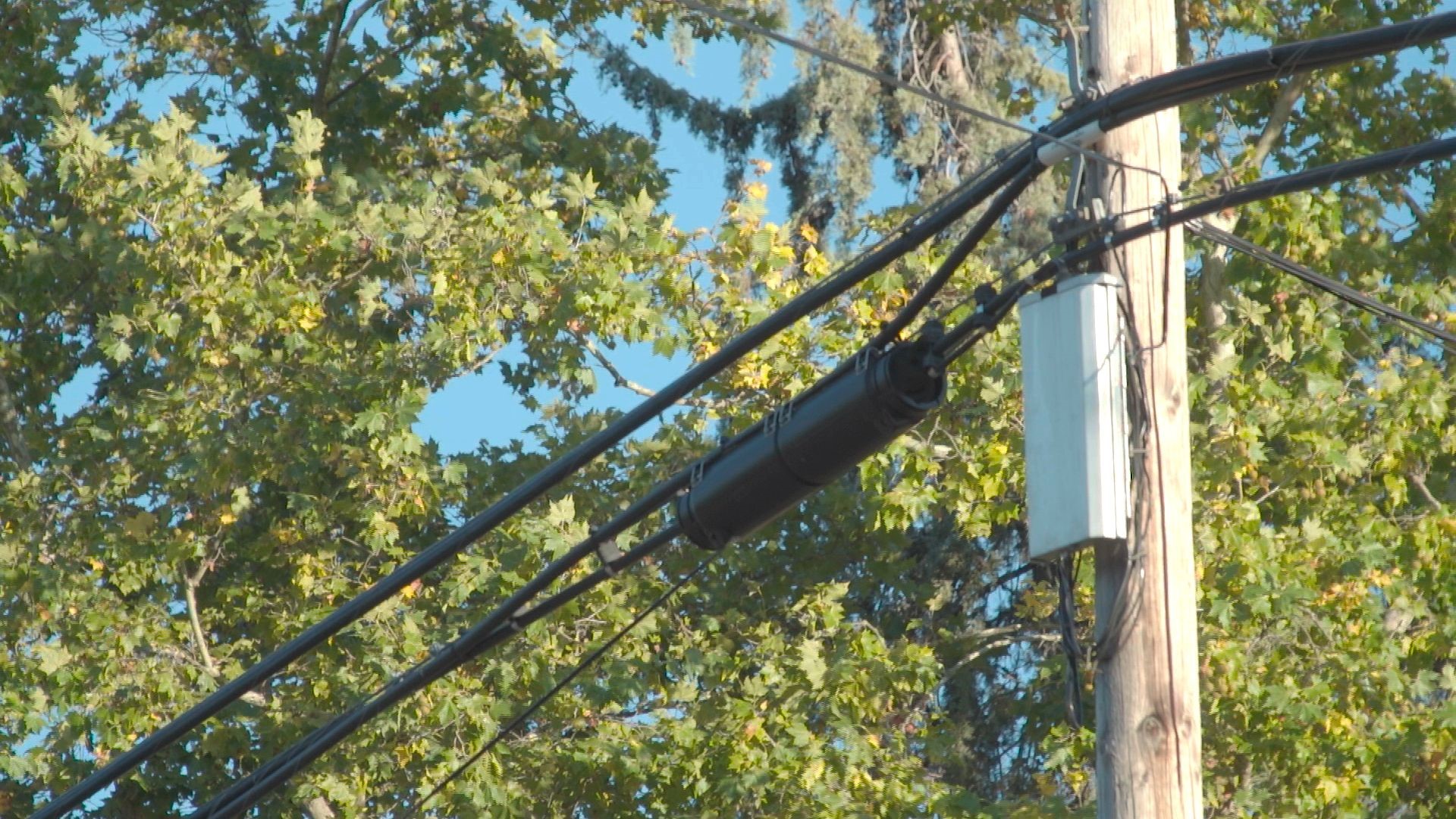 ROUGH AND READY, Calif. — People living in the Nevada County community of Rough and Ready lost power around 5:30 p.m. Monday after PG&E cut the power ahead of forecasted dry, warm and windy weather that could blow trees into power lines and cause sparks— which cause fires.

It's a plan that the utility company has been ramping up since last year when 86 people were killed in Butte County's Camp Fire, which was blamed on one of PG&E transmissions.

However, Nevada County neighbors noted with frustration that not even a moderate breeze was blowing Monday evening.

“This is crazy. I mean, there’s not a breath of air right now,” said Jim Mock, as he was buying ice at the nearby Penn Valley Shell gas station. “It's a little frustrating, you know. I hate to see what happened up in Paradise, but like I say, this right here — this is just ridiculous. I'm thinking businesses, people losing food in their freezers."

Mock has a generator at his home in Rough and Ready, but he knows many of his neighbors do not.

Over at Rough and Ready Village, a mobile home and RV park, neighbor Julie Clark wondered what she was going to do. She sleeps with a machine that helps her breathing — and it requires electricity.

“I guess I’ll just sleep without it tonight,” she told ABC10, adding that she’ll probably go visit a friend in nearby Grass Valley on Tuesday, where the power is not out — nor is it currently scheduled for an outage.

“You can quote us: ‘This sucks!’” one man told ABC10, as he and his wife drove out of Rough and Ready to get dinner — and electricity — in Grass Valley.

Neighbors around the town get their water from wells — which require electricity to power the pump.

The loud hum of generators filled the still air of the small community Monday evening. Three miles southwest of Rough and Ready, another generator powered the Penn Valley Shell Station and Taco Bell, where manager Melissa Robinson was ringing up customers.

"People were upset because, for a minute there, our (credit card readers) wouldn't work, and so we could only do cash,” she told ABC10, describing what happened immediately after the power died. “We had to reboot the registers, but we got that up and going."

The store’s generator covers the lights and registers – but not the gas pumps, freezers or refrigerators. If power remains off throughout the night, store co-owner Brad Garewal said thousands of dollars in food will have to be thrown out.

"It's been a little bit crazy,” Robinson said. “Not bad, but everybody coming in and stocking up on ice and getting booze and getting the necessities."

She lives about five minutes away from the gas station, so her home is impacted by the outage, too.

“It sucks the power is out,” she said. “My husband already went and got ice and everything."

PG&E sent her a text message “stating that it could be up to 48 hours no power,” Robinson said. “Hopefully not."