More than 8,500 wildfires have burned well over 6,400 square miles in California since the start of the year. 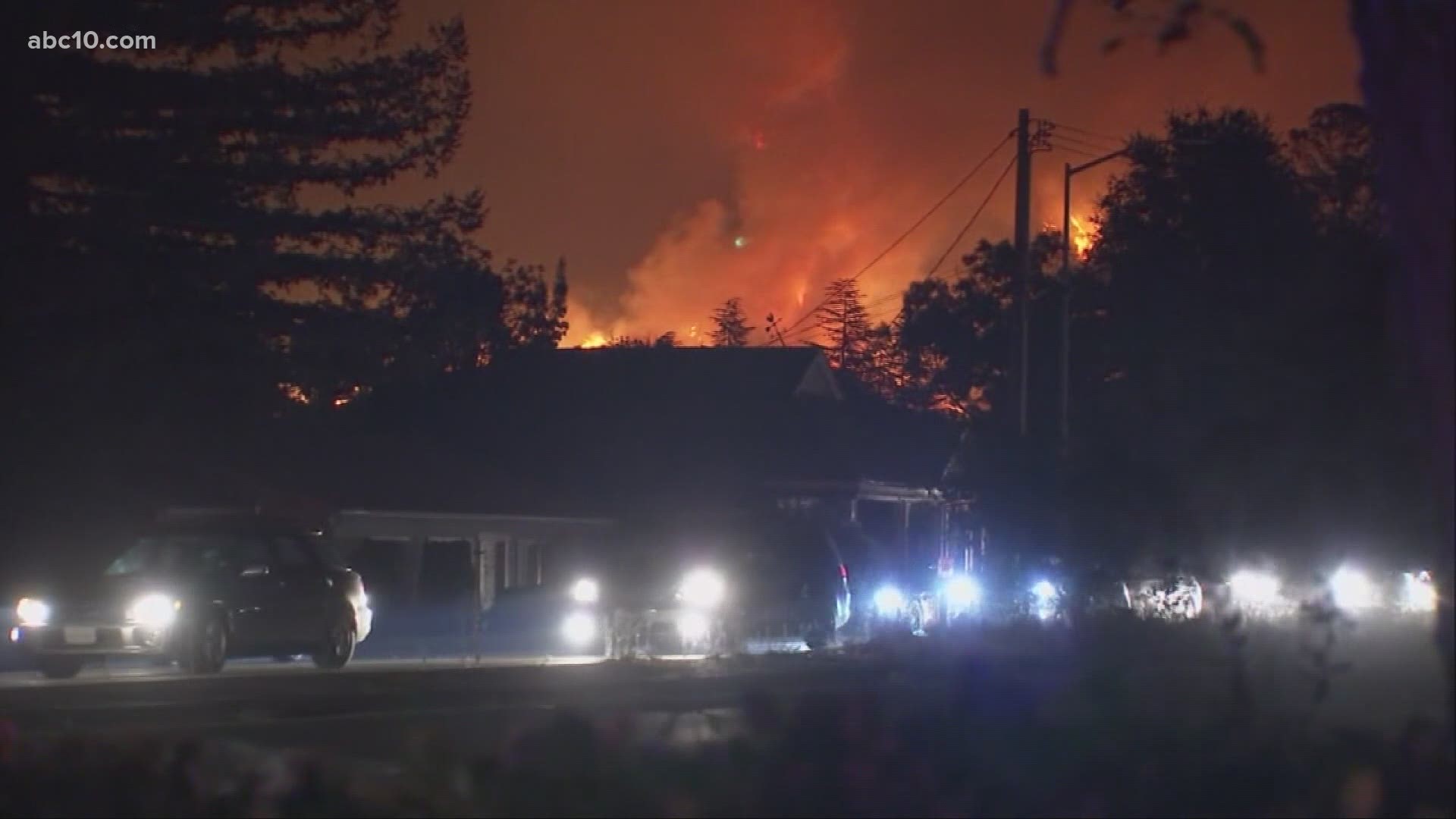 SAN FRANCISCO — Thousands of people in Northern California remain without power after a utility cut off service to prevent powerful winds from damaging equipment and sparking wildfires amid a fall heat wave.

Restorations began Thursday afternoon and by evening PG&E said about 30,000 customers were still in the dark — down from about 45,000 the previous night. The electric company cut power starting Wednesday evening to more than 39,000 customers, mainly in the Sierra Nevada foothills and the San Francisco Bay Area.

About 10,000 customers restored Thursday with essentially all others expected to have power back on Friday. https://t.co/BLiqWJaEej pic.twitter.com/aZI5Kf9odi

Red flag warnings for extreme fire danger due to high pressure producing hot and dry conditions with strong offshore winds have been extended to 8 a.m. Saturday, Oct. 17. The warning was originally planned to end at 11 a.m. Friday.

Preemptive electricity cuts are aimed at preventing fires from being started by power lines that have been damaged or knocked down amid high winds. During a press conference Thursday evening, officials said an all-clear to check electrical equipment for damages should be issued Friday morning between 8 and 10 a.m.

The Trump administration this week rejected California’s request for disaster relief funds aimed at cleaning up the damage from six recent fires. More than 8,500 wildfires have burned well over 6,400 square miles in California since the start of the year.