"They are full time students and they work tirelessly"- Dr. Lais Costa 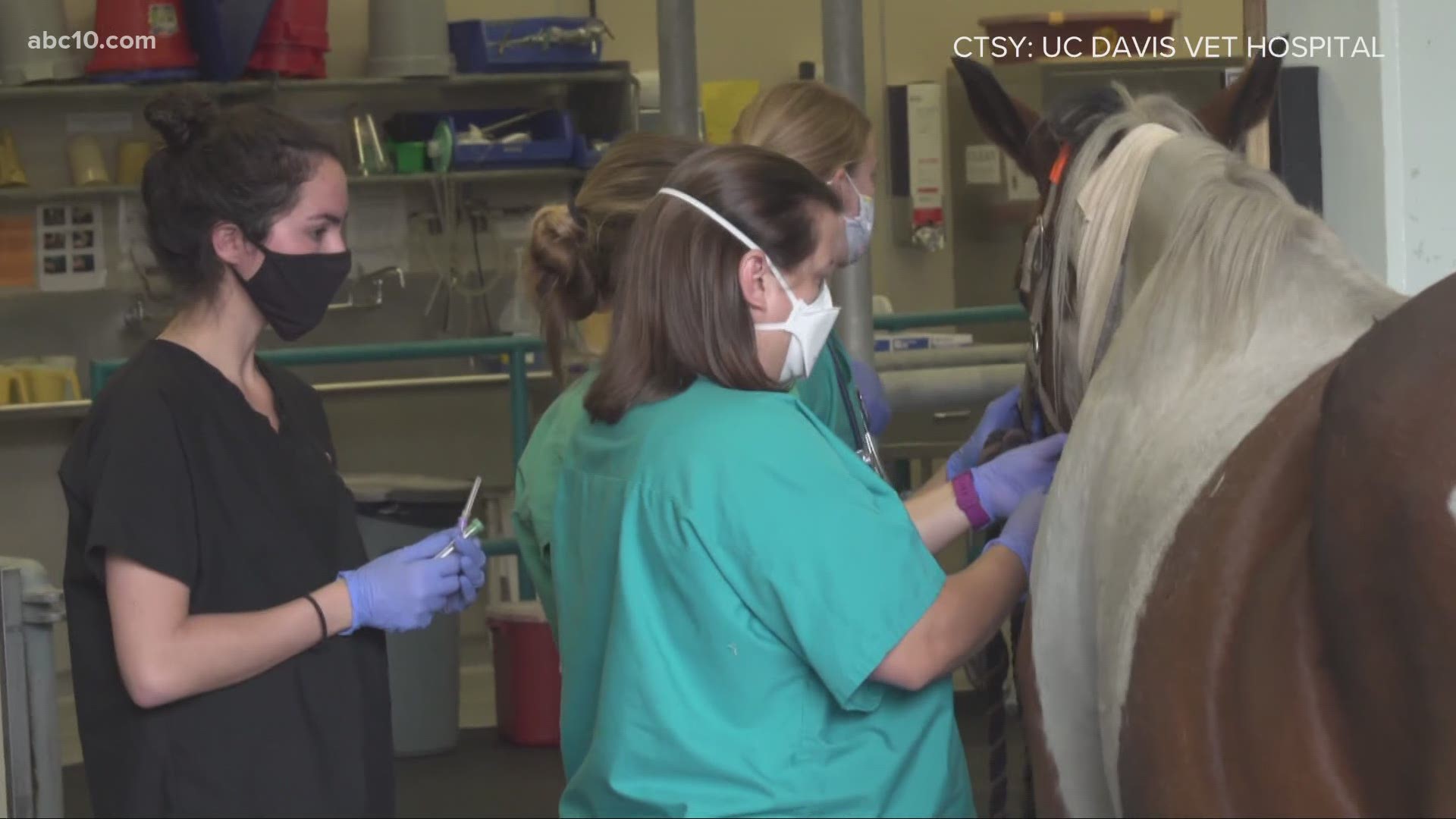 DAVIS, Calif. — Whenever there’s a wildfire that breaks, we often refer to firefighters and first responders as heroes for the courageous work that they do. But there’s also a group of unsung heroes that head out in those same dire conditions to care for the animals that may be injured or abandoned.

The UC Davis Veterinary Emergency Response Team (VERT) is one of those groups. The team is composed of current students, vet techs, and veterinarians, and whenever there’s a wildfire in Northern California, they’re deployed to care of the animals.

“We have a very large group of students," said Dr. Lais Costa, coordinator of VERT. "Very committed. They go way beyond what anyone can imagine. They are full-time students and they work tirelessly.”

The team has now rescued, triaged, and/or treated roughly 600 animals from the North Complex fires, which wreaked havoc throughout Butte County over the last couple weeks.

The group also creates hundreds of passports for these animals, which is a searchable document that has key information about the animal.

The team has a core of veterinarians that function as leaders of the fieldwork teams. Once activated or deployed, the number of teams responding daily can range from one to five, each team with three to four members.

The response to disasters and incidents is often variable and they prepare to adapt to the needs of the request.

The VERT can provide veterinary care at emergency animal shelters (at shelter facilities or shelter-in-place), as well as assist animal search and rescue teams.

“You are part of a group that’s making a difference in people’s lives and animal’s lives," said Costa. "So it’s very inspiring, and I think our veterinary students are so excited.”