ABC10's Brandon Rittiman is there, and will be tweeting the latest developments as the day progresses. 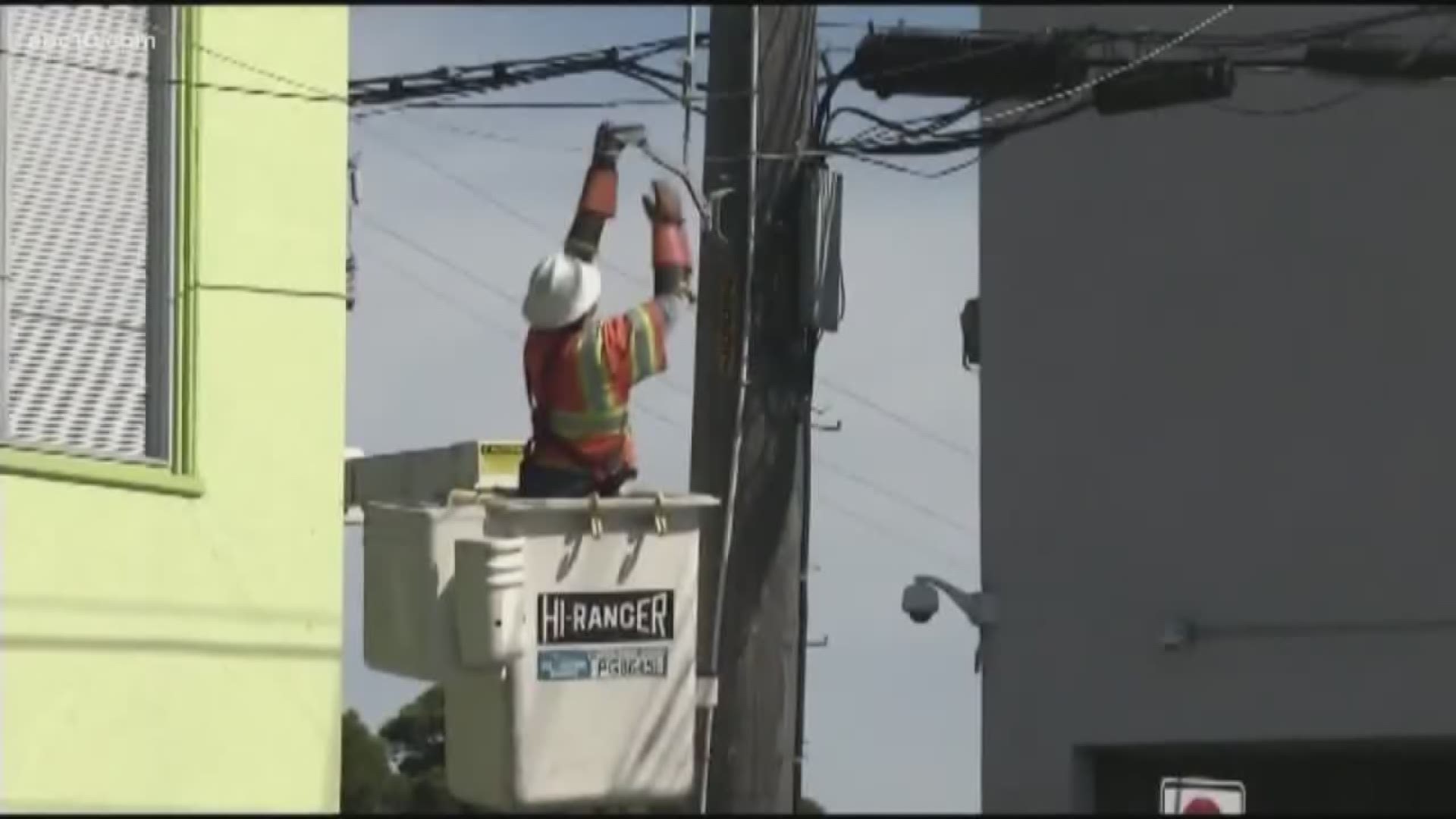 A federal judge in San Francisco has determined that Pacific Gas & Electric Co. violated its probation in a criminal case stemming from a deadly 2010 gas pipeline explosion in the San Francisco Bay Area.

At a hearing Wednesday, U.S. District Judge William Alsup upheld a finding that PG&E failed to notify probation officials that a prosecutor's office had opened a full investigation into the utility's role in a 2017 California wildfire.

He said he would set a sentencing date later.

Kate Dyer, an attorney for PG&E, says the company had communicated with probation officials and didn't hear until recently that it had fallen short.

Alsup is overseeing a criminal conviction against PG&E on pipeline safety charges stemming from a deadly gas line explosion in the San Francisco Bay Area in 2010.

He is considering imposing major new conditions as part of PG&E's probation to try to prevent the utility's equipment from causing more wildfires.

Pacific Gas & Electric Co. will be back in a U.S. courtroom a day after declaring bankruptcy, as it tries to convince a judge not to order dramatic steps to try to prevent its equipment from causing more wildfires.

U.S. Judge William Alsup is scheduled to hear arguments Wednesday on his proposal earlier this month that the nation's largest utility remove or trim all trees that could fall onto its power lines in high-wind conditions and shut off power at certain times regardless of the inconvenience to customers or loss of profit.

ABC10's Brandon Rittiman is there, and will be tweeting the latest developments as the day progresses.

Alsup said his goal was to prevent PG&E equipment from causing any wildfires during the 2019 fire season. PG&E shot back in a court filing last week that the judge's proposals would endanger lives and could cost as much as $150 billion to implement. They would also interfere with the work of federal and state regulators, PG&E said.

Wildfire damage has become a multibillion-dollar liability for the utility. The company filed for bankruptcy Tuesday in the face of hundreds of lawsuits from victims of wildfires in 2017 and 2018, including the nation's deadliest wildfire in a century.

RELATED: PG&E bankruptcy could be costly to wildfire victims

That blaze in November killed at least 86 people and destroyed 15,000 homes in and around the Northern California town of Paradise. The cause is still under investigation, but suspicion fell on PG&E after it reported power line problems nearby around the time the fire broke out.

Alsup noted that state fire investigators have determined PG&E caused eighteen wildfires in 2017, twelve of which they referred for possible criminal prosecution. Last week, however, state investigators determined that the company's equipment was not to blame for a 2017 fire that killed 22 people and destroyed more than 5,600 buildings in Northern California wine country. That finding spared PG&E from billions in liability.

Bankruptcy may not spare PG&E from carrying out any orders issued by Alsup. Filing for bankruptcy does not generally put criminal proceedings on hold, said Jared Ellias, a bankruptcy attorney who now teaches at the University of California, Hastings College of the Law. But he said the bankruptcy case and the criminal matter before Alsup would overlap a great deal, so it would be "hard to imagine both going forward, as the judges could enter conflicting orders."

The Chapter 11 filing allows PG&E to continue operating while it puts its books in order. It could lead to higher bills for customers and reduce the size of any payouts to fire victims by consolidating all their cases in bankruptcy court.

PG&E said the bankruptcy will allow for an "orderly, fair and expeditious resolution" of wildfire claims.

"Throughout this process, we are fully committed to enhancing our wildfire safety efforts, as well as helping restoration and rebuilding efforts across the communities impacted by the devastating Northern California wildfires," interim CEO John R. Simon said in a statement.

Jeffrey Hammond said he is now pessimistic that he will collect any money from the lawsuit he filed against the company for the loss of his Napa County home in a 2017 wildfire. Investigators say the blaze started when an oak tree fell onto a PG&E power line.

WATCH MORE: What PG&E's bankruptcy could mean for you.

Pacific Gas & Electric could face any number of lawsuits tied to California wildfires, but on January 14th, PG&E announced their intent to file for Chapter 11 bankruptcy. What does that potentially mean for customers and litigants?