The Caldor Fire has forced thousands to evacuate and destroyed much of the Grizzly Flats community -- including the Lawrence's beloved home. 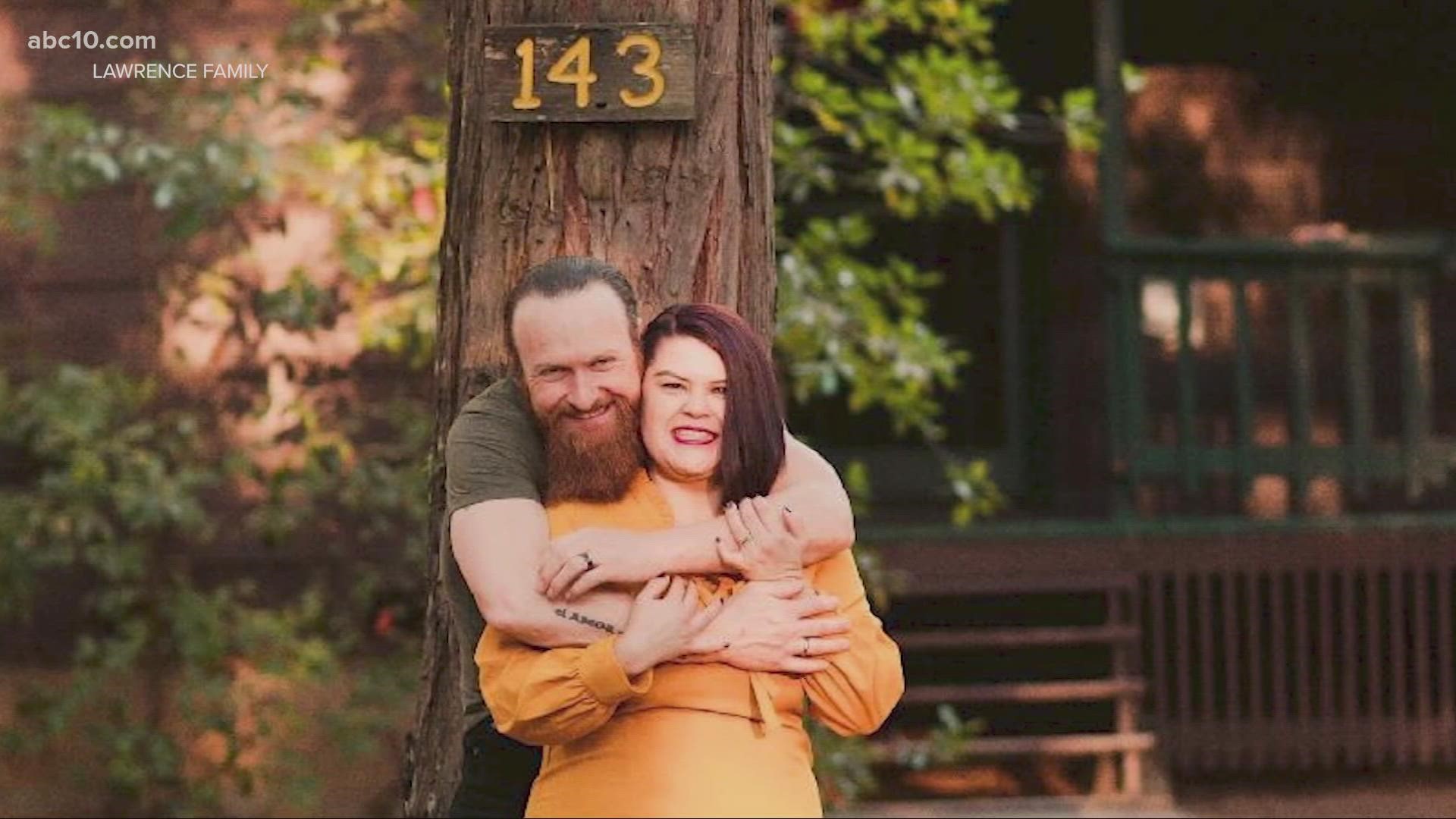 STANISLAUS COUNTY, Calif. — "For us right there it was like, this is the house," Christopher Lawrence said. "We want to be here."

From the moment Christopher and Becky Lawrence stepped foot inside a house for sale on Winding Way in the mountainous community of Grizzly Flats, they knew they were home.

"We've rented, we've owned, it's just been all over and... this was our place," said Christopher. "We decided this is the house we're going to pass down to the girls."

Christopher served in the United States Army for eight years. After moving around in his military career, he and his wife, Becky, finally found their forever home.

Between describing the mountainous tranquility, tight-knit community, and feeling of comfort and safety -- their faces light up thinking of the space they knew and loved.

It was also a first home for them as a family, as they're in the final process of adopting their two daughters.

"We loved that they felt comfortable. They were stable," said Becky. "We can provide a stable home for them."

The tight-knit community also made their neighbors like family. Becky refers to them as life-long friends. They were with friends, enjoying a barbecue and letting their kids play together when they first heard about a nearby fire.

"Kids were playing with other kids and it was actually [our friend's] wife who was like, 'Hey there's a fire that someone just posted (about)," Christopher recalled.

This isn't Christopher and Becky's first experience with fire. Over the years they've had to evacuate three times from separate fires. When they were stationed in Arizona in 2011 they evacuated due to the Monument Fire. In 2018, they evacuated their Redding home because of the Carr Fire. Their homes were spared each of those times.

They decided to evacuate the Caldor Fire early. But because of their past experiences, they grabbed the "necessities."

"Let's grab some clothes, make sure [the kids] have some toys and things like that and... we'll be back," Christopher recollected.

But that evening, they realized this fire was different -- specifically when they received code red text messages throughout the evening. They spent their night reaching out to their neighbors, ensuring they evacuated and were safe.

The Caldor Fire has forced thousands to evacuate and destroyed much of the Grizzly Flats community -- including the Lawrence's beloved home.

Many, like Christopher and Becky, were unsure if their homes still stood. Not knowing was one of the most difficult parts. That's why ABC10 sent a crew to the area, as journalists have access to evacuated areas, and drove through the neighborhood providing answers on whether homes stood -- and relaying to many, like Chris and Becky, theirs did not.

They said the news helped them begin the insurance process. But for now, they and their two children as well as dogs are residing in a small RV outside their extended family's house in Stanislaus County.

It's not easy, but they continue to keep positive... sharing moments of laughter along the way.

"Together, we can face anything," Becky said.