The Camp Fire has brought major evacuations near Pulga, north of Oroville and east of Chico, California. The fire has burned more than 20,000 acres since it started Thursday morning. 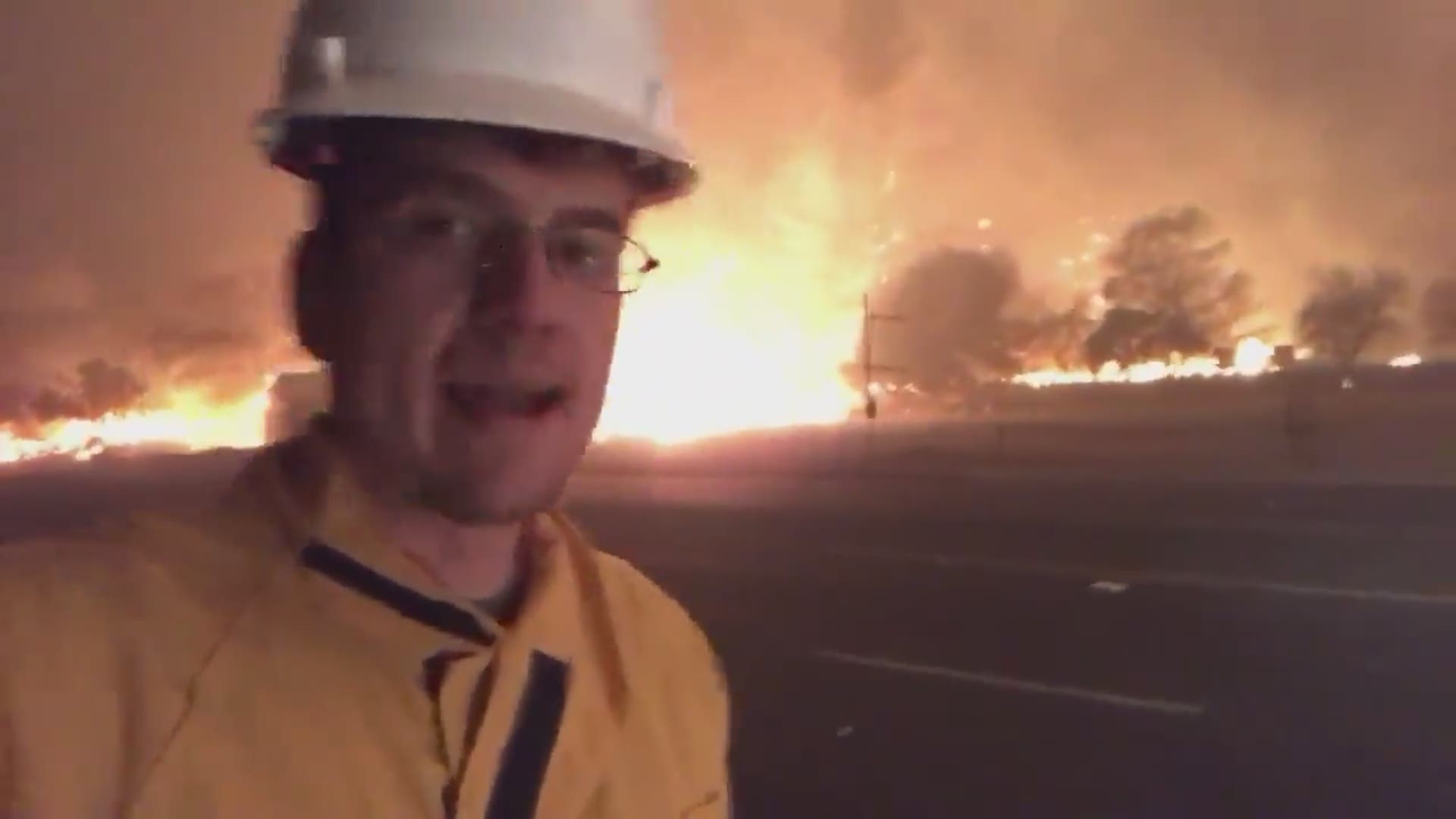 If you're viewing on the ABC10 App, tap here for multimedia

The residents of Paradise, California, have been issued a mandatory evacuation due to a nearby fire. CAL Fire says resources are being brought in from across the state to fight the fire.

The Camp Fire is located near Camp Creek Road and Pulga Road, Jarbo Gap, and off Highway 70 along the Feather River Canyon.

Get the latest information on the Camp Fire here.

A lot of people shared videos and photos on social media as they watched the fire grow in size. The pictures capture the dark skies, thick smoke, and long lines of traffic for people trying to evacuate.

1 / 27
Justin Sullivan
PARADISE, CA - NOVEMBER 08: The interior of a building burns as the Camp Fire moves through the area on November 8, 2018 in Paradise, California. Fueled by high winds and low humidity, the rapidly spreading Camp Fire has ripped through the town of Paradise and has quickly charred 18,000 acres and has destroyed dozens of homes in a matter of hours. The fire is currently at zero containment. (Photo by Justin Sullivan/Getty Images)

Video @lovey.hovey took today leaving the Feather River hospital going through the #Campfire. You can hear a tank explode (propane, water heater, etc). She's back home and the subie is peppered from burning embers and melted blacktop but thank the heavens all is ok. She's an example of how to keep cool and assess a situation despite the chaos that nature and other panicking people can bring.

#firedevil in my home town. I’m at loss for words. The town has been destroyed. I’m not sure if I’ll be able to sleep tonight. 🙏🏻 Praying for Chico now. #campfire

A video a friend of mine posted who lives in Paradise. #CampFire pic.twitter.com/0FcjvQ8sCG

Clark road in paradise 10:00 AM. Stay safe everyone 😔 #campfire pic.twitter.com/TOGElPBw0n

#campfire from Fair street in Chico. My little heart is breaking for the Ridge. Stay safe Paradise and surrounding communities pic.twitter.com/wCXS7gE9dD

This is the daylight we're looking for.
0950
Paradise, CA#CampFire pic.twitter.com/tdHDHs9VuS

#campfire from Fair street in Chico. My little heart is breaking for the Ridge. Stay safe Paradise and surrounding communities pic.twitter.com/wCXS7gE9dD

I was standing outside looking at the smoke in the sky with the #campfire near my office and this fell out of the sky. pic.twitter.com/ZQME56awS7