The photos were first brought to the attention Paradise officials after the crane operator, identified as Jack Robert Freestone, posted the images onto his Facebook page. 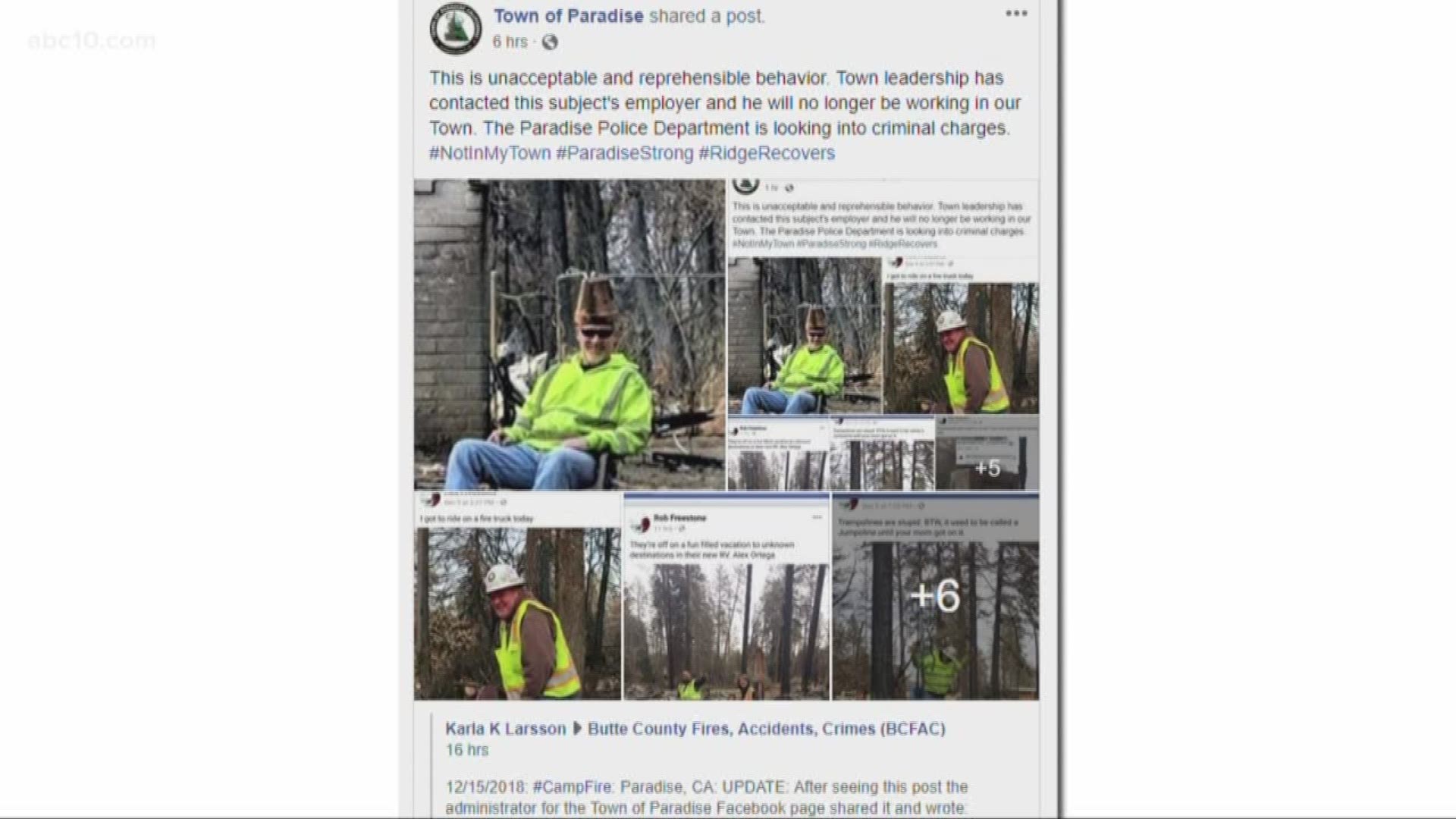 PARADISE, Calif. — A crane operator assisting with tree removal in Paradise is being investigated by police officials after he posted "offensive photos" disrespecting fire victims’ property.

The photos were first brought to the attention Paradise officials after the crane operator, identified as Jack Robert Freestone, posted the images onto his Facebook page.

The photos show Freestone and other workers posing with damaged property. One photo suggests Freestone searched the inside of a fireproof safe. Another photo shows the body of a burned house cat with a beer bottle placed near its mouth and an offensive caption.

In a post sharing the offensive images, the Town of Paradise said they have contacted Freestone’s employer, Bigge Crane and Rigging Company, who told them he will no longer be working in Paradise. The company was subcontracted to remove trees by PG&E.

A spokesperson for the Paradise Police Department said they are consulting with the District Attorney’s office to determine possible crimes committed.

In a statement on their Facebook page, Bigge Crane and Rigging said, “[The company] regrets the insensitive and reprehensible actions of Mr. Rob Freestone. Mr. Freestone has been removed from the Camp Fire recovery effort and we are working with International Union of Operating Engineers regarding his actions. Bigge fully supports Paradise and all of Butte County in the effort to recover from the fires and we will continue to do so.”

Later, the company posted again on Facebook, saying that Freestone and the other two individuals shown in the photographs had all been fired.

ABC10 has reached out to PG&E and the International Union of Operating Engineers for comment. Neither responded at the time of publishing.

ABC10 Presents Paradise’s Superhero: "Grandpa" is what James calls Jimmy, his best friend and roommate of roughly 40 years. Jimmy is 86-years-old, and when the fire approached their mobile home it was up to James to figure out how to get the two of them out.