Some Paradise residents return to find homes standing, others destroyed

Lines of drivers were stopped at a security checkpoint as law enforcement verified their addresses. Many people had already been notified that their homes were damaged or destroyed, however, many wanted to see what was left for themselves. 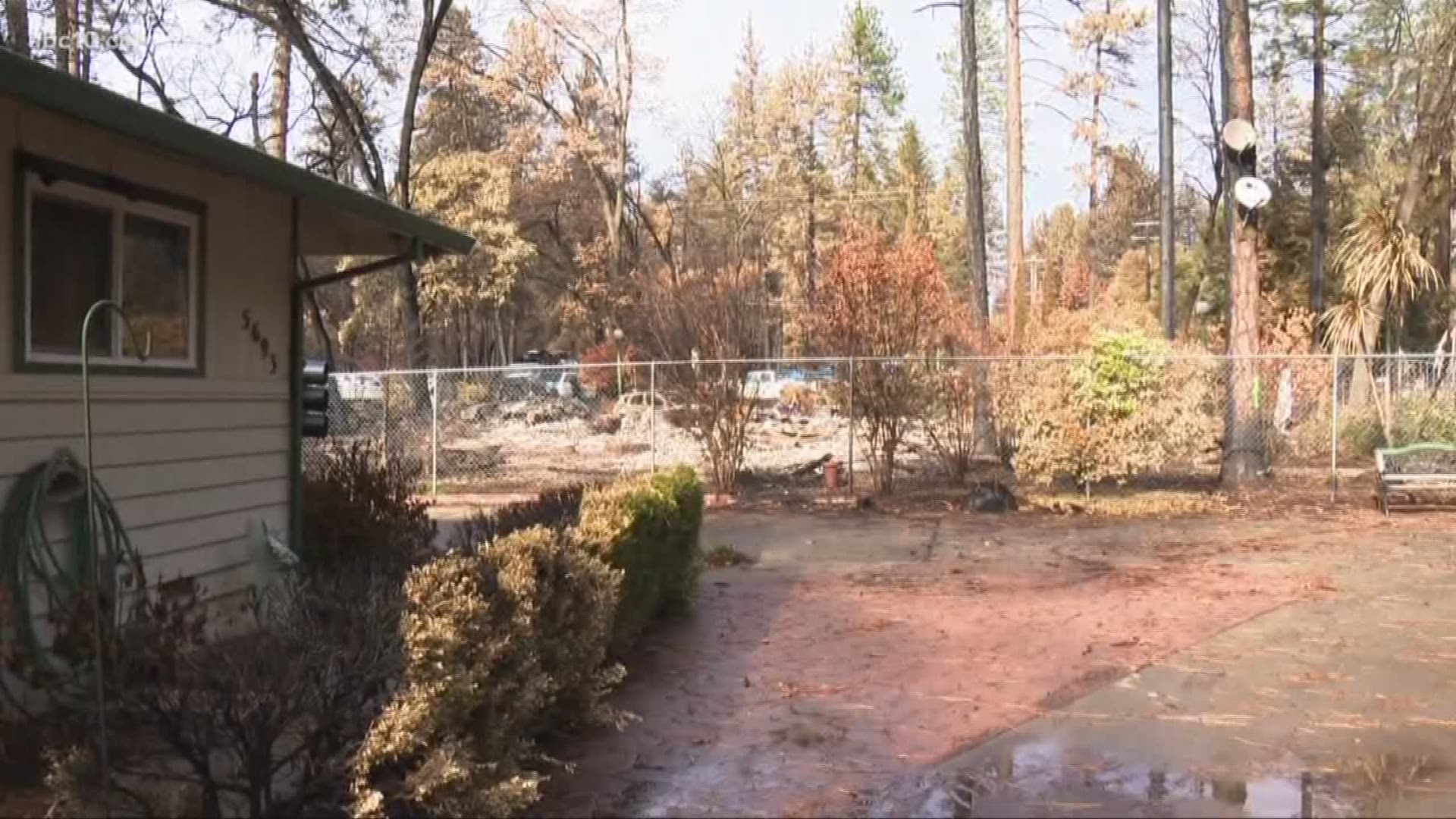 Nearly one month after the most deadly and destructive wildfire in California history destroyed nearly all of Paradise, officials are allowing some residents to return to their properties.

Lines of drivers were stopped at a security checkpoint as law enforcement verified their addresses.

Many people had already been notified that their homes were damaged or destroyed, however, many wanted to see what was left for themselves.

Retired electrician Nick Neade, 84, returned to his home along Pentz Road for the first time in nearly a month. He and his wife, Terri, are one of the very few in the town whose house is still standing. The Neade’s were originally from Vacaville and have been living in Paradise for 16 years.

Some trees, bushes, and siding were damaged and a garage destroyed, but the rest of the house survived.

"It was just luck,” Neade said. “I feel sorry for the poor people who lost everything."

Much of the town is destroyed, including homes, businesses, and infrastructure. Still, the family says they plan to stay in their home. Few homes surrounding theirs are still standing. Their next door neighbor Frank Windt, 69, says he is planning to move away until the town is rebuilt.

"It's just a house. It was a house, “ Windt said. “We just finished remodeling it. It was beautiful."

Windt is one of many who returned Wednesday to find their home destroyed. He and his wife Amy say they have no immediate plans to rebuild, but will keep the property and build a small home on it one day.

The 69-year-old retired police officer was sifting through ashes of his burned down home looking for a stamp collection and other mementos he hopes to save.

The family is looking toward Grass Valley or Nevada City, other towns in the Sierra mountain foothills in the region.