Could this Woodland site be the solution to homelessness? 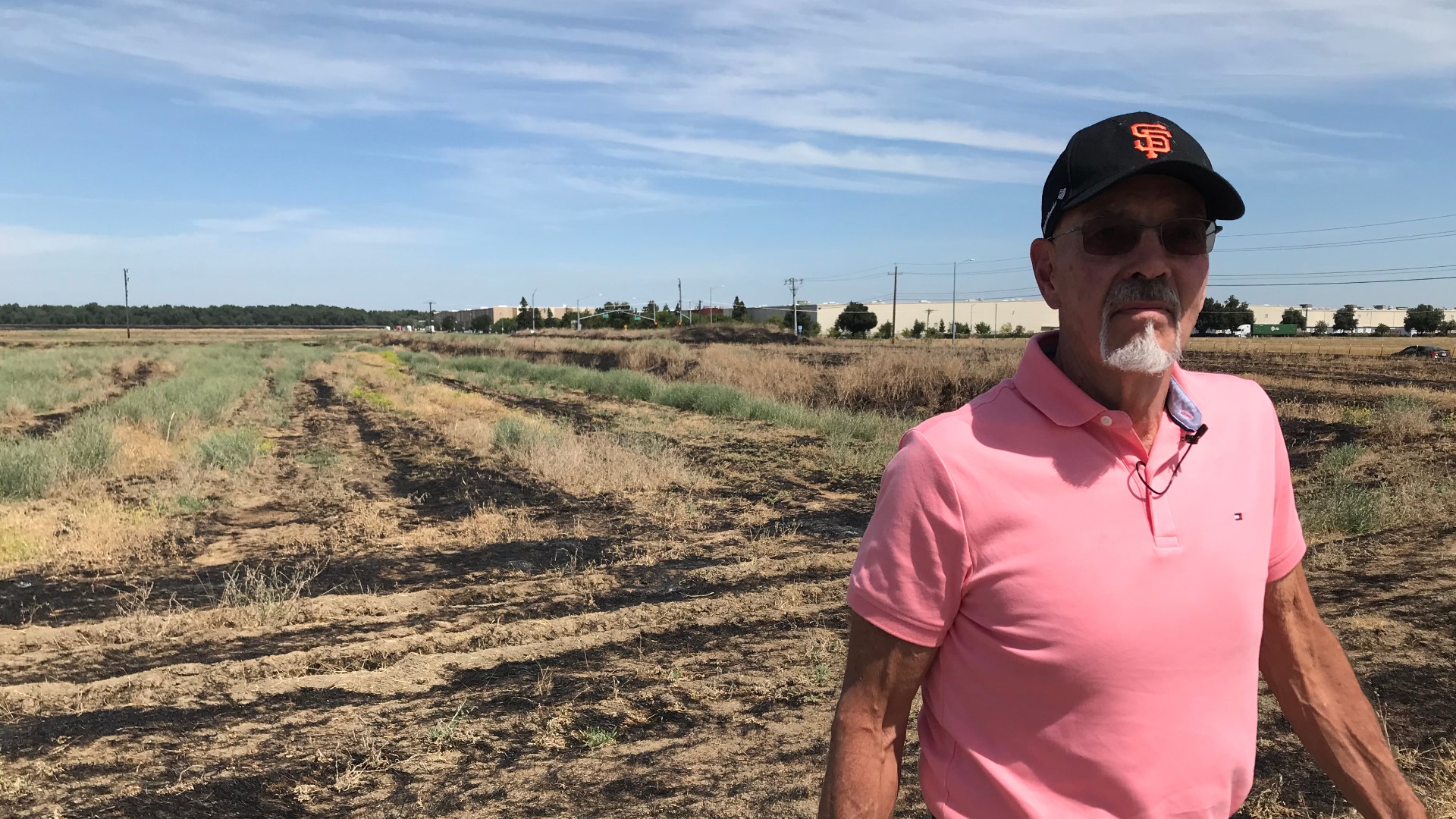 WOODLAND, Calif. — A sunny stroll down Main Street in Woodland is an homage to a time gone by. A visitor will pass tree-lined sidewalks, family-owned restaurants and quaint boutique shops. It’s a slice of Americana with an old-fashioned hometown feel. Yet, if one stays long enough, the idyllic scene will be shattered by a visibly homeless resident.

It’s a story repeated time and again throughout other similar cities across the state of California and around the county. It seems to be a growing problem. The city of Woodland is a front line in the battle.

Woodland was just awarded $5.3 million through the California Department of Housing and Community Development for a new proposal. The plan is to build a campus on the outskirts of town complete with temporary housing, services and the opportunity to transition to permanent housing.

Doug Zeck is the executive director of Fourth & Hope, an emergency shelter in the heart of the city. He’s the lead pastor of New Testament Church in Woodland. His father and grandfather were also pastors. He has been serving the homeless in the area for decades.

“Woodland is home,” said Zeck. “It’s family. People can call it a hometown and really feel good about that. People will fight for their hometown if they don’t like the way things are going, one way or the other. And family fights for itself. And so that’s kind of what Woodland is.”

The people of Woodland are frustrated, voicing their anger, some even suggesting it’s the services being provided that bring homeless to the area. Yet, Zeck knows the reasons are more varied.

“The reason for homelessness is as diverse as the individuals we encounter on a daily basis,” said Zeck.

Paul Navazio is the City Manager for Woodland. He understands the conflict in the community because he deals with it every day. He admits there are many factors that bring homeless people to the city.

“As the county seat, we are the site of the county jail and so there’s probably a certain number of folks that end up in Woodland, or remain in Woodland after they’re released from jail, and perhaps have no place to go,” explained Navazio. “And so we’re working with the county and the sheriff and other cities to make sure that folks who come here for, other than wanting to be in Woodland, have a path hopefully back to their jurisdiction of origin.”

He went on to explain how the city is also working to prevent other services from having a negative impact.

“There’s also a service-rich environment here in terms of mental health services, either through the county or through a program at Woodland Memorial Hospital that contracts with other jurisdictions,” said Navazio. “I will say that we are working very closely with them to make sure that when a patient perhaps comes to Woodland and is part of a program that there’s a way and a commitment to return them to their jurisdiction of origin.”

Still, many have asked why the number of visibly homeless people has increased.

“I think there’s an element to it having to do with some changes in our criminal justice and correctional system where because of issues like AB109 and Prop 47,” explained Navazio. “A number of folks that were previously housed, if you will, but through the criminal justice system, are now on the street.”

In 2018, the 9th Circuit Court of Appeals ruled that cities cannot punish homeless people for sleeping outside if no shelter beds are available to them. The court said it would be a form of cruel and unusual punishment. This has further tied the hands of cities like Woodland and its police officers from enforcing ordinances.

One result: people are seeing the homeless in larger numbers, in more public places.

Woodland has created a homeless outreach street team through the police department to mitigate the effects of the homeless on its citizens and businesses. It’s comprised of officers and Kristen Cline, the street team social services manager. She is not an officer.

“We do a lot of outreach, a lot of education, a lot of transportation, people that need rides to appointments,” explained Cline. “People need to get connected to mental health services, need to replace their debit card, anything and everything. We’re just trying to get them connected to services.”

The team spends their days walking the streets, talking with the homeless, working to get them the help they need.

“We try to get on the phone, make all the calls,” said Cline. “We’re not just going to buy somebody a ticket to Kansas or Montana. But we’re going to call, make sure they have a bed to sleep in, make sure they’re not going to be displaced and be homeless in another community.”

While some have suggested many of the homeless in Woodland come from outside the county, Officer Greg Ford said this doesn’t seem to be the case.

“When you get to know everyone’s individual story, it seems like they have a root here,” explained Ford. “There’s some family member, a point in their history during their childhood they lived here, and they remember a lot of positive things about Woodland and that’s what brought them back.”

What is the answer? Just like the many causes of homelessness, there doesn’t appear to be one solution. Yet, Navazio believes he knows one thing.

“I think there’s general consensus that in terms of solving homelessness and a solution to homelessness, it starts and ends with housing,” Navazio said.

Woodland’s new approach is perhaps the first of its kind in the state. It would be located on East Beamer Way and will centralize all assisting services.

Stephen Coyle is the Deputy Community Development Director for the city of Woodland. He explained what the project entails.

The campus will provide shelter, substance abuse treatment and a path to permanent housing. Stephen Coyle knows first hand how important the project is because he was in need of such services at one point himself.

“I was a Marine Corps vet,” explained Coyle. “I came back from Vietnam and I was homeless. I was living in a van. So, I understand that when you’re in that situation, you need help.”

The project is a shot at the answer. Still, as Coyle explained, it’s going to take each city and county doing their part if a solution is ever to be expected.

“I think this is a good model,” said Coyle. “And if successful, we don’t want to enlarge this one. We want to help other cities, other counties to do this in other places.”