Velocity Island Park in Woodland says they are ready to fully open their beaches and Aqua Park in May. 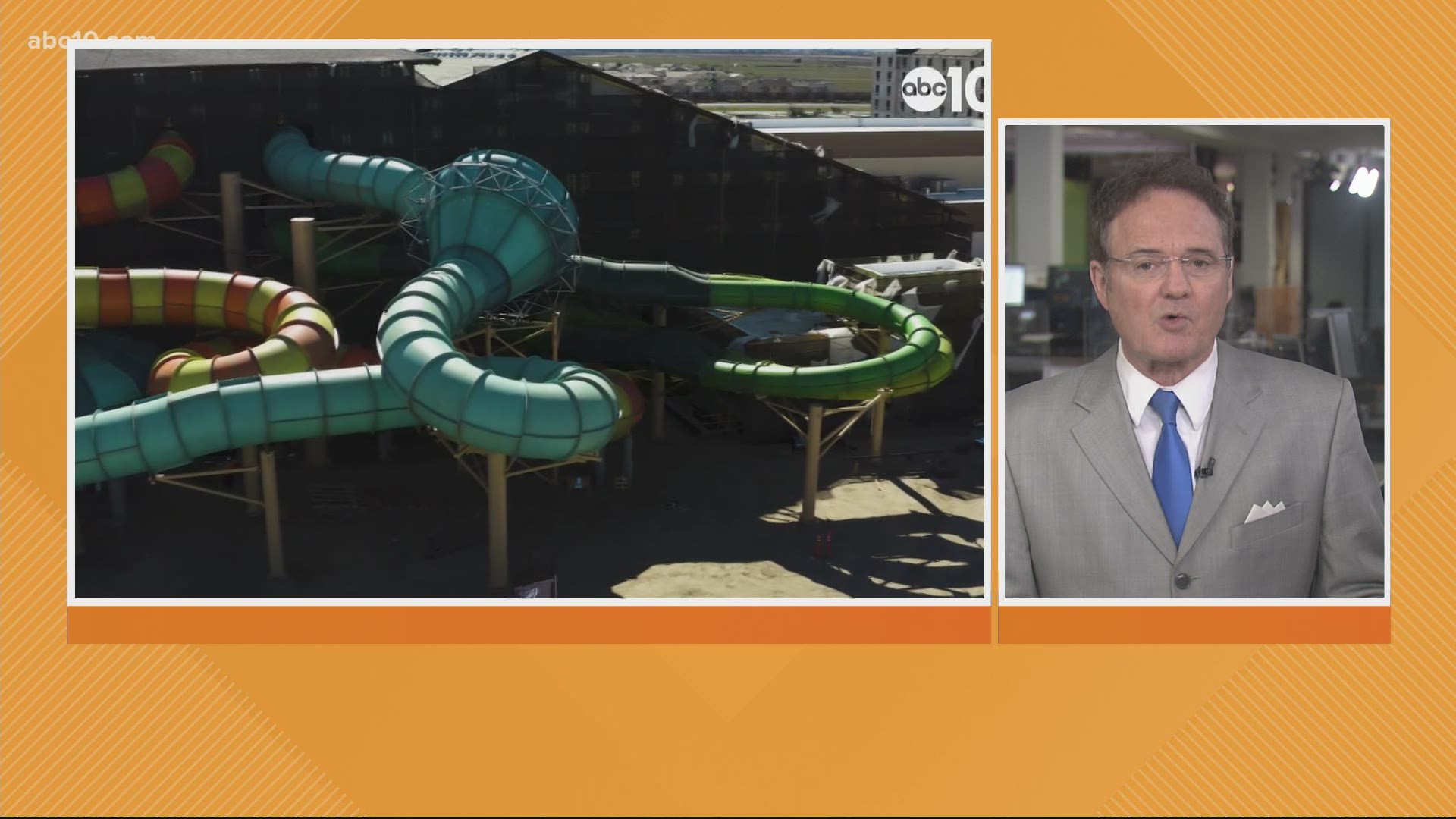 WOODLAND, Calif. — California gave the green light for amusement and theme parks to reopen amid the coronavirus but has left off its wetter, splashier sister—water parks.

Yes, it's only March. But with the balmy Sacramento summer weather fast approaching, it's a question that is probably on a lot of locals' minds. When will water parks be allowed to reopen?

"Water Parks are being treated differently because people cannot wear masks in water parks, therefore, increasing the risks," said the California Department of Public Health (CDPH) in a statement to ABC10.

Swimming with a mask would be dangerous, but so would lining up to take a ride down a water slide without the necessary precautions in place. As such, water parks were intentionally not included in new guidance that announced changes for theme parks starting April 1.

However, this doesn't mean all your swimming possibilities are dashed. Under current guidance, outdoor swimming pools can reopen with modifications. But perhaps more up the "water park" alley are cable parks -- outdoor facilities that primarily function as wakeboarding sites, but which can also have beaches, bonfires, and other fun activities.

Take Velocity Island Park in Woodland for example. The outdoor water sports haven is currently open on weekends for wakeboarding and looking to expand its hours as the weather gets warmer.

"You know, it's important to be safe, but it's also important to…socialize," said Brian Naranjo Solorio, board shop manager at Velocity Island Park. "Like I said, we really want to get people connected in a safe way."

Solorio explained the difference between a cable park and a water park in a conversation with ABC10.

"A water park is more of a park that offers swimming pools, rides, and large crowds gather, while we offer wakeboarding which is already socially distant," Solorio said. "Our park is already outdoors and our attractions offer ways to be social distant while a water park doesn’t really."

Solorio said that Velocity Island Park, which has an Aqua Park, a massive inflatable obstacle course during the summer, has already received tons of sign-ups for the park's summer camps and other attractions.

"People are excited to come out during the summer, and they really want to come out, so we just want to make sure they're still safe," Solorio said.

Velocity Island Park was one of the only places of its kind open last summer, as most other water-themed recreation was closed. This means that the park is more than prepared to accommodate COVID-19 safety precautions. Even so, with Yolo County now in the red tier, Solorio believes that this gives the park a little more flexibility.

Velocity Island Park encourages mask use for people when they are not swimming and all employees wear masks. At the same time, people can only come in groups of 10 or less to avoid large gatherings, according to Solorio, and the beach is split into sections to keep groups separated. The same goes for the summer camps, which have cohorts of a maximum of 10 children. The park also has signage in place to encourage social distancing.

"I think summer camps really provide a way to reconnect again," Solorio said. "You know, we did it last year…This year lots of people are really gonna want to reconnect with everything that's been really going on in the past year."

Without a foreseeable timeline for local water parks like Raging Waters Sacramento to reopen, cable parks can be a good alternative to turn to. You can book an adventure, whether it be wakeboarding or just relaxing in front of a bonfire at the beach, with Velocity Island Park at their website here.